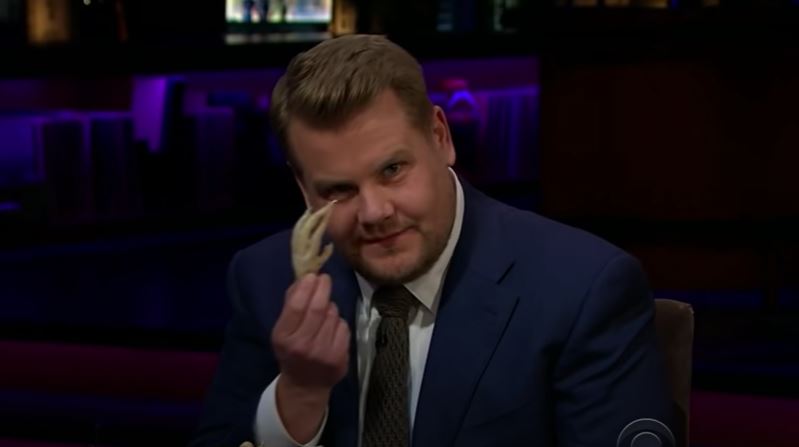 James Corden’s statement addressing the fury surrounding his ‘anti-Asian’ game from the Late Late Show has not gone down well with the founders of a Change.org which has amassed over 45,000 signatures calling for the segment to be axed.

The chat show host has confirmed the game called Spill Your Guts or Fill Your Guts, which sees celebrities faced with dishes such as chicken feet or water scorpion, will be revised after critics highlighted a lot of the foods deemed ’disgusting’ or ‘gross’ were simply items stemming from authentic Asian cuisine.

‘We heard that this was a thing,’ he said on The Howard Stern Show. ‘As you said at the start, we want to make a show that is full of joy.

‘We don’t want to make a show that upsets anybody.

‘The next time we do that bit we absolutely won’t involve or use any of those foods.’

However, his comment has been blasted by Kim Saira, founder of the Change.org petition, who has called the statement a ‘non-apology’ and demanded the Gavin and Stacey star speaks out about the controversy on his show.

‘Howard Stern asks him about the criticism and asked if people were being “too sensitive.”’

It continued: ‘However, this statement is a non-apology, as he does not actually address that the cultural insensitivities of having the food on his show, and the harm that this perpetuates on Asians who still eat these foods.

‘This means we must keep going until the Late Late Show releases a public apology on air!’

Speaking to TMZ, she said: ‘[The statement] made me really disappointed, I cried a lot about it.’

‘Him not responding isn’t going to affect him,’ she continued. ‘I’m sure he’s still going to be making money off that segment and that show.

‘I’m going to be the one on the back ending continually getting backlash. Does he care?’

Metro.co.uk has contacted representatives for James Corden and The Late Late Show for further comment on this story.

The Late Late Show airs on CBS in the US.