Jason Donovan sends Sunday Brunch into hysterics as he admits ‘my acting is terrible!’

Tim Lovejoy and Simon Rimmer welcomed Jason Donovan, Geoff Norcott and Laura Mvula onto Sunday Brunch this weekend. The presenters chatted to singer and actor Jason about his passion for art on the Channel 4 show. But, Tim and Simon were sent into hysterics when Jason made a confession about his acting career.

Tim began by quizzing the Australian star about his newfound love of creating art.

He asked: “You’re an artist, not only a singing artist, but a painting artist too now aren’t you?”

“Well I wouldn’t say painting, but yeah I guess a bit of all those things,” Jason revealed.

“We’ve got some of your work here I believe,” Tim said as some of Jason’s artwork appeared on-screen. 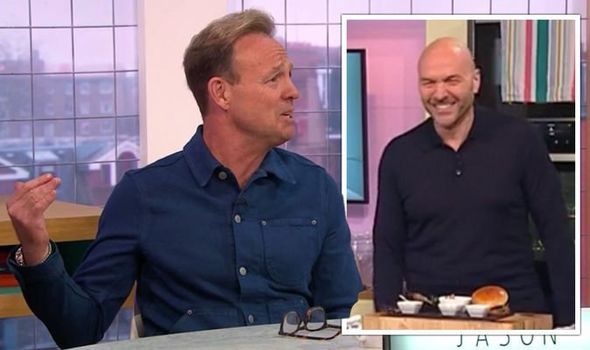 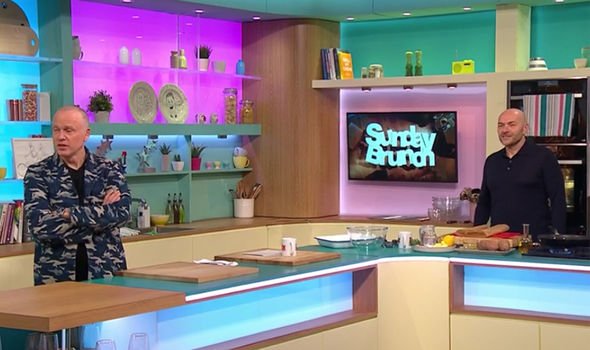 “Here we go. Oh very good,” Tim commented, with Simon agreeing: “Oh I like that.”

Jason explained: “When I learn lines for shows and you know stuff, everyone used to say my writing was quite strong.”

“My acting is terrible, but my writing was fantastic,” he confessed, causing the studio to erupt with laughter.

Jason said: “I’ve been working on art for years now and you know it’s been a bit of a hobby.

“I always thought at some point I’d get a bit of traction with it and last year you know I went for it,” he admitted. 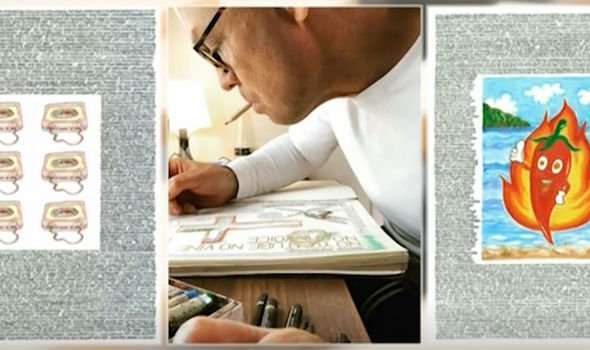 The star has been making his own art for a number of years, but began to take it more seriously during lockdown amid the coronavirus pandemic.

Fans of the Australian can now buy his artwork, as he has his own website dedicated to his art.

In a statement on his website, Jason opened up about his passion for art and how it all began.

He said: “Using writing to compliment my drawing I began to discover a style.

“A style that in essence was born out of learning lines as an actor and feeling that if I could physically write the dialogue, then these lines would absorb more easily.

“Since I was a teenager everyone would always compliment my writing.

“Why waste these words when I could use these images to flower my drawings … and that’s where it all began!” Jason explained.

He revealed how the cancellation of gigs around the world in 2020 meant he was unable to express himself onstage, leading to more energy going into his artwork.

Later on Sunday Brunch, Jason opened up about the impact the coronavirus pandemic has had on him.

He revealed it was strange getting back to work after being stuck at home for so long.

“I worked for about four hours last week and I was absolutely exhausted,” Jason confessed.

Sunday Brunch airs Sundays at 9:30am on Channel 4.