“I almost felt guilty about that,” Michael Albrecht, who was part of Gacy’s surveillance team, tells TheWrap 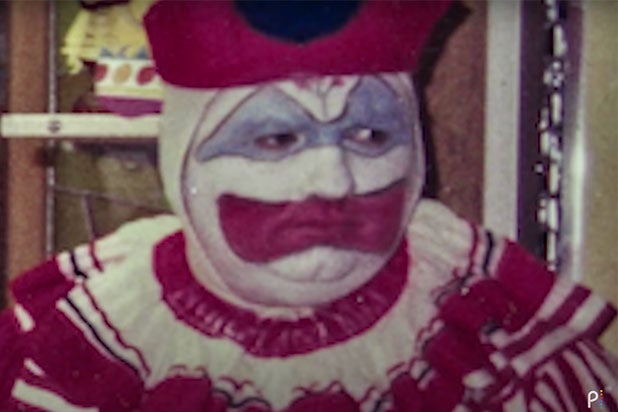 John Wayne Gacy was one of the most notorious serial killers in U.S. history, having killed at least 33 young men and boys. Yet two investigators who worked on the case told TheWrap they didn’t actually “hate” the man known as the “Killer Clown.”

“I didn’t hate Gacy after this,” Albrecht, who was present when Gacy drew his infamous diagram of where his victims’ bodies were located, said, adding that people “gravitated” toward him. “I almost felt guilty about that. And I certainly wanted justice served for 33 people. The one thing about Gacy, when we interviewed him, there was never any remorse at all. He talked about it just like we’re talking right now. With Rob Piest [one of Gacy’s victims; the investigation into Piest led to Gacy’s arrest in 1978], he went into a little bit more detail. But he just blamed it on his victims. They came to him for a job, for money, drugs, or whatever it may be. But Rob Piest, he was this all-American kid from an all-American family and there were a lot more of his victims that became victimized by John Gacy, either because they were applying for a job for him or whatever it may be.”

Gacy took a specific liking to Albrecht because Albrecht shared physical characteristics with many of Gacy’s victims. Albrecht and his partner David Hachmeister tailed Gacy for nine days in December 1978, following him to public places. After a few days, Gacy would ask the two officers to join him for breakfast or invite them into his house for dinner. He even told them where he was going so they “wouldn’t get lost” trying to tail him.

Tovar, who spent days dismantling Gacy’s house and exhuming remains from the crawl space in which Gacy buried his victims, agreed that he never felt hatred toward the killer, although the case had “residual effects” on him for decades after.

“I was a police officer for 39 years, and I had a lot of experiences, but this, I guess, is just the case of the lifetime,” Tovar said. “And it did leave some residual effects on you because of what you saw, how you had to notify people that their hopes were dashed, that their child was never going to come back. But to work there for as long as I did inside, you got immune to a lot of the feelings. Like Mike said, I didn’t hate him, you know? You just go on and do your job.”

He added, “Regardless of how you felt about anything, our job was to recover the bodies. In 1978, there wasn’t a lot of help for police officers dealing with the sort of thing. And as a matter of fact, if you asked for help, they might think you’re weak. So you pretty much sucked it up and did your job.”

Gacy was executed by lethal injection in 1994, which Tovar described as “closure” for a lot of the investigators who had worked on the case. “We just said, OK, we did our job, we stopped him, he’ll never kill again. And I was very proud of that.”

Gacy was first convicted of sodomy of a young boy in Iowa in 1968 and was sentenced to 10 years in prison, though he only served 18 months. His first known murder occurred in 1972, after he moved back to Chicago, and he went on to kill at least 33 people, burying most of them under his house and disposing the other bodies in the Des Plaines River.

“As far as the death penalty goes, if they’re going to have a death penalty case, and he didn’t get it, then they shouldn’t have it,” Albrecht said. “Gacy was very sure of himself. I mean, he’d been doing this since 1972. He put the first one in the crawl space and he put concrete over that one. I’m sure he was nervous for a while after that about what was going to happen, and nothing happened. And then he continued, and he probably thought he was well-protected, as far as he thought, because he had this great scheme going on.”

When investigators finally did come on to him and began to search his house, Tovar said Gacy was so concerned with police messing up his carpet that he drew a detailed diagram of where the bodies were located in the crawl space.

During the investigation, Gacy would talk about two men, Michael Rossi and David Cram, whom he said were involved in the murders and helped him dig up the crawl space. He would also refer to someone by the name of Jack Hanley, which made investigators believe Gacy was attempting to use the insanity defense to claim he had multiple personality disorder. One survivor once testified that there had been a third man in the house while he was being tortured, but no other person was ever convicted in Gacy’s crimes.

“As far as the question about whether he had any help or not, Cram was rather a very weak man child,” Tovar said. “Rossi, on the other hand, he did get into the crawlspace and, by his own admission, did dig some of the trenches where ultimately bodies were placed. Now was he part of the murders? We’ll never know, because he never admitted to anything. He always denied it, but there is a lot of doubt. And a lot of the other investigators who did speak to him also believe that maybe he did; he might have helped him bury them, but not necessarily kill them. I think the killer was all Gacy. I don’t think he’d share that with any party. This feeling of playing God with everybody was his thing and his alone.”

Click here to read about the 11 most shocking revelations from the new docuseries about Gacy, now streaming on Peacock.