JONATHAN RYS MEYERS has been arrested for a drink-driving after crashing his car in Malibu, it has been reported.

The Tudors star failed a field sobriety test when police arrived on the scene Sunday evening following reports of a minor car accident, TMZ has reported. 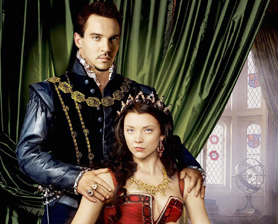 The Irish actor is reportedly still behind bars.

Police sources told they don't know what caused the accident.

The Bend It Like Beckham star's battle with alcoholism has been well documented over the years.

In 2018, The Sun Online exclusively revealed how the 43-year-old actor screamed at his wife "f**k you, I'm going to divorce you" after she calmly asked him to stop smoking his e-cigarette on board a plane.

A fellow first class passenger, who was sat behind the actor, told The Sun Online it was not an isolated incident and the star had been "behaving erratically" and "intimidating other passengers" for the entire flight.

The Dracula star later insisted that he isn't an alcoholic after the Golden Globe-winning actor was detained by cops after becoming verbally abusive to his wife during the flight.

But he insisted it wasn't an excuse, adding: "That is not an excuse, there's never an excuse for me to drink."

Jonathan also insisted that it was a minor blip after eight months of sobriety.

He added that he had a few drinks before getting off the plane and going to a meeting and getting sober again immediately.