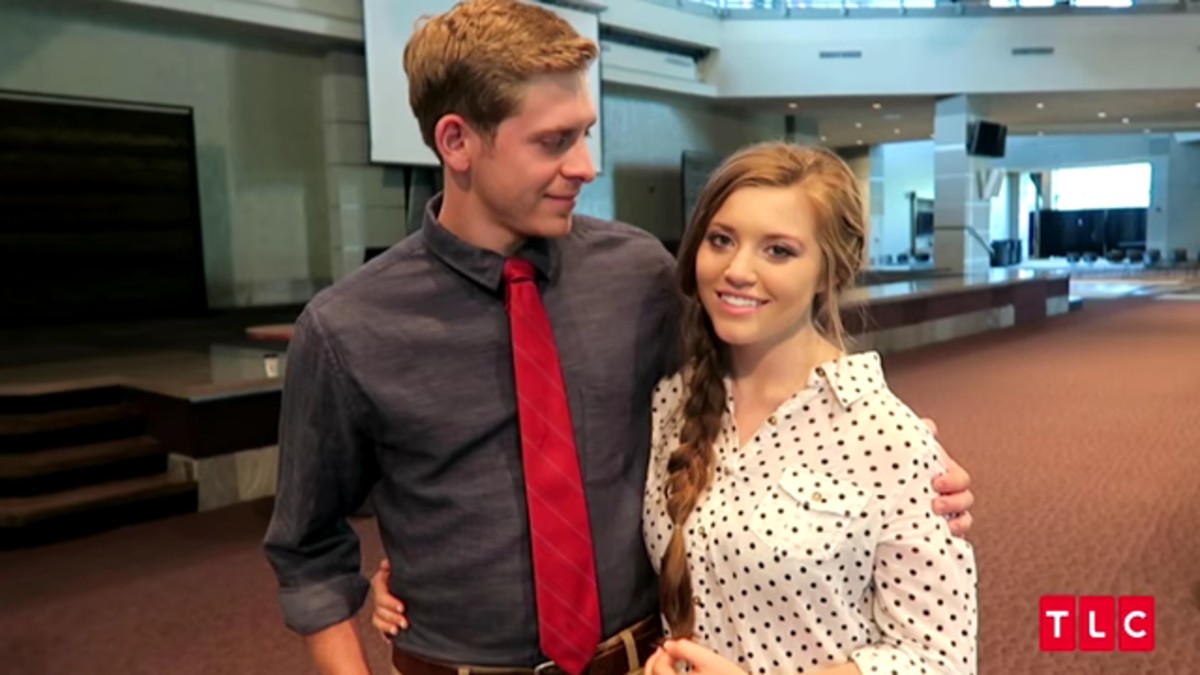 Joy-Anna Duggar shared new photos of Evelyn Mae and Counting On fans can’t get over how much both of her babies look like Austin Forsyth.

Gideon is the spitting image of his daddy and at two weeks old, Evelyn Mae looks like him too. The resemblance is uncanny.

Counting On viewers have been gushing over Joy-Anna Duggar’s little girl since it was announced she had arrived. Austin Forsyth has also proved that he is a proud papa by sharing photos of his daughter and ones of Gideon holding his little sister.

One fan commented on the latest photos shared by Joy-Anna about how strong the Forsyth genes are compared to the Duggar’s genes. Both of her babies look like their daddy, which is different when it comes to the other grandchildren.

The arrival of Evelyn Mae was special for Joy-Anna Duggar. Counting On fans have been invested in her life as they watched her grow up on 19 Kids and Counting. Now, she is a mom of two little ones and married to Austin Forsyth.

Last summer, Joy-Anna lost a baby girl at just 20-weeks gestation. Since then, viewers have been hoping she would fall pregnant again. Evelyn Mae is her rainbow baby and was born just a little over 13 months after Joy-Anna and Austin lost Annabell Elise. 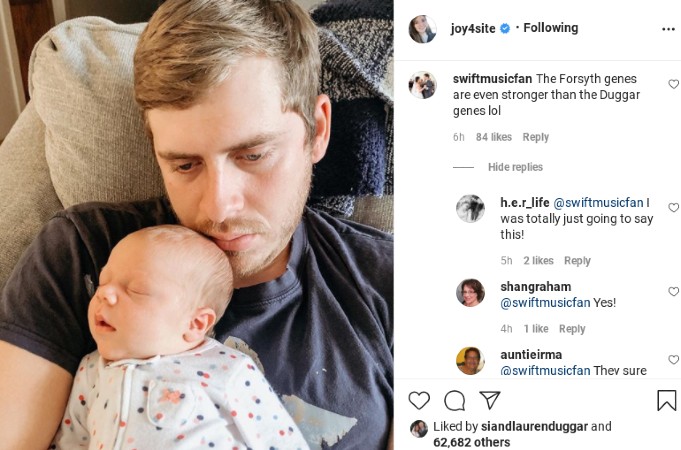 What will the future hold for Joy-Anna Duggar and Austin Forsyth?

Next week, Counting On will feature their pregnancy announcement and gender reveal. It was assumed that those moments wouldn’t be featured because Joy-Anna Duggar shared everything on YouTube.

It was also thought that Joy-Anna and Austin had quit Counting On. Derick Dillard revealed that they were no longer filming and took issue with them being featured after choosing to walk away. Now, it appears they are still part of filming or were for the current season at the very least.

Moving forward, they are adjusting to life as a family of four. Evelyn Mae is officially two weeks old now. Joy-Anna Duggar is making sure to share new photos of her regularly. She is the second Duggar grandchild born this year and the sixth little girl born since May 2019.

A little one is something the Duggars look forward too and the last arrival is a spitting image of her daddy.

Counting On airs Tuesday nights at 9/8c on TLC.