'Loki': Gugu Mbatha-Raw Explains Why Her Ravonna Renslayer Is so Different From the Comics

“I don’t want to spoil it, but we do get to see her in a different period of her life,” Mbatha-Raw tells TheWrap 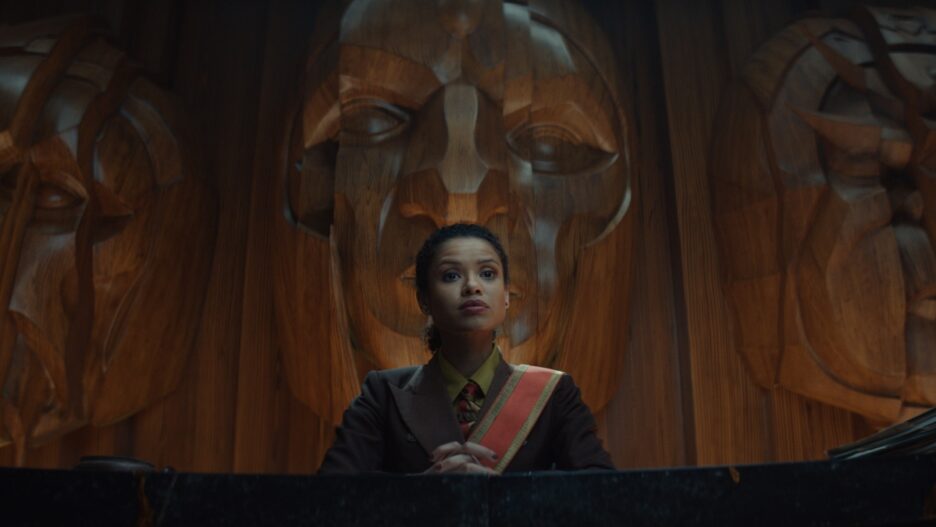 (This story contains spoilers from Wednesday’s premiere episode of “Loki”)

The Ravonna Renslayer that Gugu Mbatha-Raw portrays on “Loki” is a starkly different than the version comics fans are probably expecting. There’s a specific reason for that.

Mbatha-Raw told TheWrap that she purposely didn’t read too much into her character’s comics history. “It almost wouldn’t be too helpful to go too deep into the comics, because what we were doing was pre-that in terms of an origin story for Renslayer. So let me off the hook a little bit in terms of having to read absolutely everything, but I did dip into it,” she told TheWrap.

In “Loki,” Ravonna Renslayer is a high-ranking official in the Time Variance Authority, where she serves as a judge that reports directly to the timekeepers. She’s also spent considerable time with the organization alongside Mobius (Owen Wilson), having worked her way up from a Hunter.

That’s a departure from the comics. Created by Stan Lee and Don Heck in 1965, Renslayer first appeared in “Avengers” #,23 as the daughter of Carelius, ruler of the last remaining free kingdom 2000 years into the future on an alternate universe version of Earth.

As always with incredibly convoluted comic book storylines, it’s hard to summarize, but briefly: The rest of earth at that time is under control of the time traveling supervillain Kang the Conquerer, who as it happens is in love with Ravonna and wanted to marry her. Unfortunately, she was a snob and turned Kang down for being a commoner, so Kang brought the Avengers into the future in hopes that by defeating them in battle Ravonna would accept him as a worthwhile husband.

The Avengers join forces with Carelius, but are defeated by Kang, who immediately sets out to marry Ravonna… only to be betrayed by one of his generals. In the chaos, Ravonna sacrifices her life to save Kang and Kang subsequently schemes to save her from that fate by time traveling. This eventually results in the creation of multiple time travel duplicates — or as they’re known on “Loki,” variants — of Kang and Ravonna, who all have their own agendas. Read more about that here.

Mbatha-Raw said studying up on the TVA, which figures to significantly change how the MCU works, or at least how viewers perceive how the MCU functions. “But I also was aware that the TVA is a whole world in of itself that we haven’t seen before. And so I really sort of devoted my time to understanding the TVA that we were establishing.”

The fact that Mbatha-Raw describes her Renslayer as an origin story for her comics counterpart potentially leaves the door open for an appearance from Kang the Conqueror, given that he’s a frequent antagonist of the TVA and is set to be played by Jonathan Majors in “Ant-Man and the Wasp: Quantumania.” Mobius (Owen Wilson) and Renslayer frequently mention how the TVA is tasked with preventing Nexus Level Events. That is likely a reference to Nexus Beings, an idea teased during “WandaVision.” In the comics, Kang is a Nexus Being.

Mbatha-Raw teases that we’ll see more of Renslayer’s backstory. “She had a military background. She’s worked her way up the ranks to become one of the most powerful women in the in the TVA. We’ll get to see a little bit of that backstory of her as a hunter. I don’t want to spoil it, but we do get to see her in a different period of her life.”