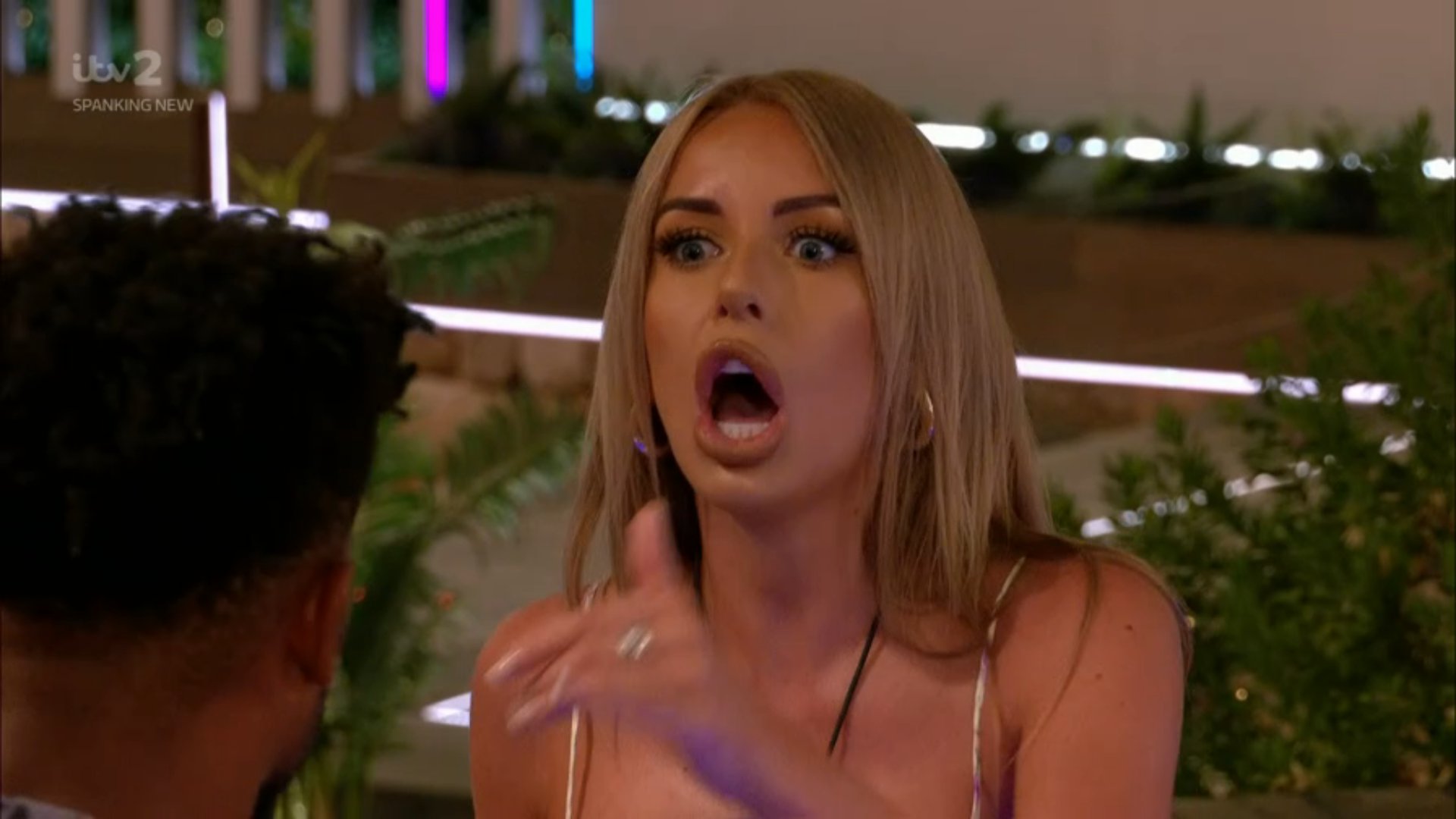 The episode continued with the rest of the game unfolding, as the contestants battled it out to watch unseen moments from their time on the ITV2 dating show so far.

However, things took a dramatic turn when a clip showed the moment Teddy had a flirty conversation with Clarisse Juliette in Casa Amor, stating he was sexually attracted to her – something he had neglected to tell his partner upon his return to the main villa.

Faye was left furious over the scenes, as well as Jake Cornish’s role in all the drama, and promptly kicked off over the betrayal.

‘I told you the truth. And you told me jacks**t,’ she screamed as he tried to explain.

She then took her anger out on co-stars Dale Mehmet and Matthew MacNaab, who tried to defend their pal.

As Teddy later attempted to diffuse the situation, she spat: ‘You had a sexual connection with Clarisse, you didn’t trust sharing a bed with her!’

Breaking their relationship off, Faye added: ‘I’m done with this conversation. If you wanna speak about my reaction based on your actions, you can f**k off.

‘My action, my reaction, was only based on your f**king actions, so f**k off.’

Fans watching on from home were left raging by the footage, vowing that it shouldn’t have been aired.

Many insisted they would be lodging official complaints with Ofcom, with the TV watchdog quickly trending on Twitter.

‘Well this is gonna get complaints from Ofcom. Faye shouldn’t be on this show anymore after the way she has treated Teddy. #LoveIsland,’ a social media user posted.

‘How do you complain to Ofcom cos I deffo need to complain about tonight’s #LoveIsland [sic],’ another asked.

‘You people think I’m joking…. I’m on Ofcom rn. That was so uncomfortable to watch,’ a follower wrote.

‘Can we all complain to Ofcom about Faye behaviour?! Very distressed by it all. Threatening behaviour #LoveIsland,’ another posted.

One upset viewer added that they ‘can’t believe this was allowed to be aired’.

The tensions are set to get worse in the villa, as a teaser for the next episode on Sunday showed that a dumping is on the way.

But will Faye and Teddy manage to work things out before they are possibly torn apart for good?

Love Island continues on Sunday, at 9pm, on ITV2.