Dame Maggie Smith is among an elite group of three actresses to receive the Order of the Companions of Honour from The Queen, which she was given in 2014. Despite reaching the heights of a double Oscar-winner and Buckingham Palace regular, Dame Maggie came from fairly humble beginnings. Express.co.uk breaks down her family tree, from her parents who supported her acting career to her children and grandchildren.

Dame Maggie Smith was born in Ilford, Essex, on December 28, 1934, to Margaret and Nathaniel Smith.

Her mother was a secretary from Glasgow, while her father was a pathologist from Newcastle.

The couple met on a train from Glasgow to London, though despite them being told this story as children, Dame Maggie was uncertain of the facts.

She told The Guardian: “Though I don’t think that can be right because the Glasgow train didn’t stop at Newcastle. Still, that’s what they said.” 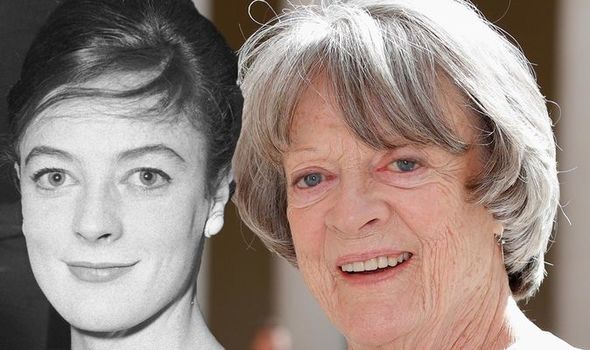 Her older twin brothers, Alistair and Ian, were both architects who, according to Dame Maggie, helped comedian Ronnie Barker make the decision to move into acting.

According to the actress, her brothers were so intelligent while studying architecture with Ronnie at the University of Oxford, it made Ronnie decide he needed to find another career.

The family moved to Oxford when Maggie was four-years-old and left school at 16 to study acting at the Oxford Playhouse.

The theatre is where Dame Maggie cut her teeth in the acting world, winning her first lead role at the Oxford Playhouse at just 17-years-old. 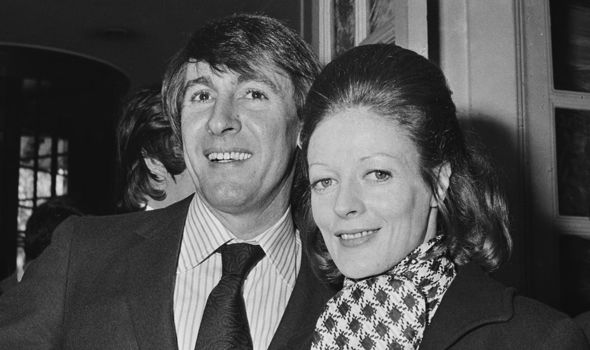 Her TV debut came two years later, and a further two years saw her make her film debut in an uncredited role in Child in the House.

However, her big break came that same year. In 1956, when she made her Broadway debut in a revue called New Faces of ‘56.

The following year, she starred opposite Carry On star Kenneth Williams on stage, and by 1959, she had received her first BAFTA nomination for the film Nowhere to Go.

With regards to Dame Maggie’s family, she did not continue her legacy until 1967, when she had her eldest son Chris. 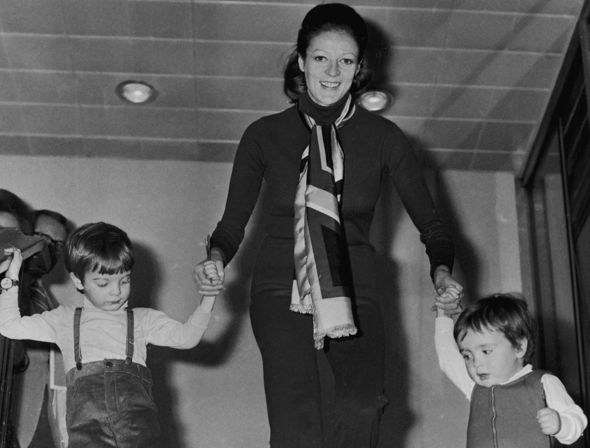 Dame Maggie had both her children with her first husband, actor Sir Robert Stephens, whom she married on June 29, 1967.

Chris is also an actor, and uses his middle name, Larkin, as his acting surname.

Dame Maggie and Sir Robert had their second son, Toby, in 1969, and he has also followed in his parents’ footsteps, using his father’s last name.

After their divorce in 1975, Dame Maggie married playwright Beverley Cross, and they remained married until his death in 1998. 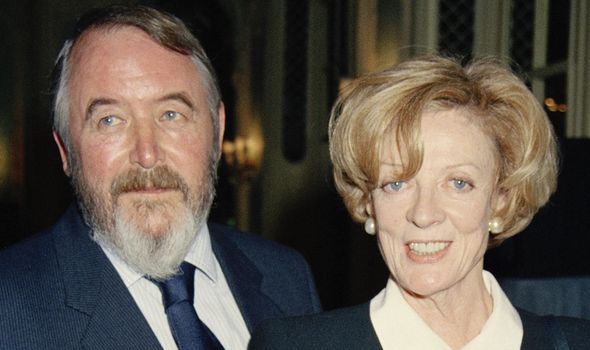 They had no further children together, and Beverley did not have children from his first two marriages.

Chris is married to Suki, with whom he has two children: Daisy and Nathaniel, likely named after Chris’ grandfather.

As for Dame Maggie, her star has continued to shine since her early working days in the 1950s.

She earned two Oscars: one in 1969 for Best Actress in The Prime of Miss Jean Brodie; and her second in 1978 for Best Supporting Actress for her role in California Suite.

Dame Maggie has won what is known as the Triple Crown of Acting, having also won Primetime Emmy Awards for her work on 2003 miniseries My House in Umbria and Downton Abbey, and a Tony Award in 1990 for her theatre work in Lettice and Lovage.

She was made a Dame Commander in 1990, and received the Order of the Companions of Honour for services to drama in 2014, making her one of three actresses alongside Dame Judi Dench and Dame Sybil Thorndike to receive this honour.