Mare of Easttown: Has the real father of Erin’s baby been revealed?

Kate Winslet fans are in for a treat every Monday as the British actress delivers a powerhouse performance week after week. Her character, Detective Mare Sheehan, is investigating the murder of a young mother. However, the latest episode has sparked numerous theories as to the real father of the victim’s child is.

HBO has continued their tradition of delivering harrowing crime drama series, and latest hit Mare of Easttown is no different.

The crime drama miniseries follows Detective Mare Sheehan (played by Kate Winslet), who investigates a murder in Philadelphia while trying to keep her family together.

The series, created by Brad Ingelsby and directed by Craig Zobel, aired its shocking episode three on May 2, which was titled Enter Number Two.

After the news that the high-school boyfriend of victim Erin (Cailee Spaeny) is not her child’s biological father, fans have been theorising ever since as to who it really is. 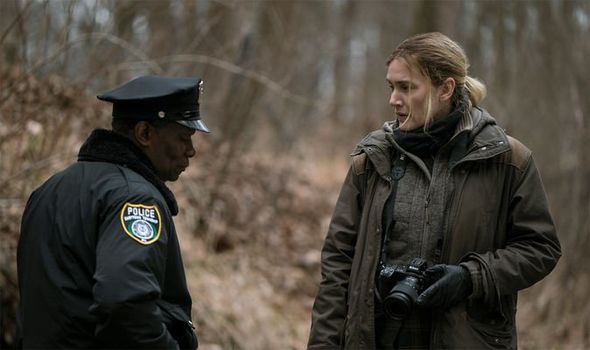 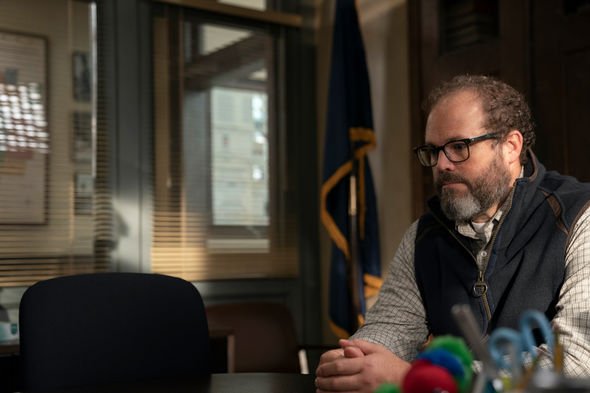 The dramatic finale to the second episode, titled Fathers, shocked audiences when a friend of the deceased Erin revealed that Erin’s son DJ was really the biological son of Mare’s ex-husband, Frank Sheehan (David Denman).

High school ex-boyfriend, Dylan Hinchey (Jack Mulhern), was unaware he was not the biological father and discovered the truth in episode three.

Fans of the HBO show have taken to Reddit to discuss the latest information, with one heavily speculating: “I’m convinced that Mare’s dead son is DJ’s father.”

“Here are the clues,” they continued, before listing their reasoning. 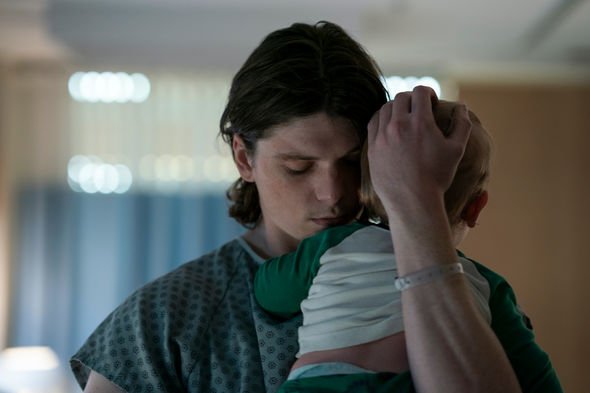 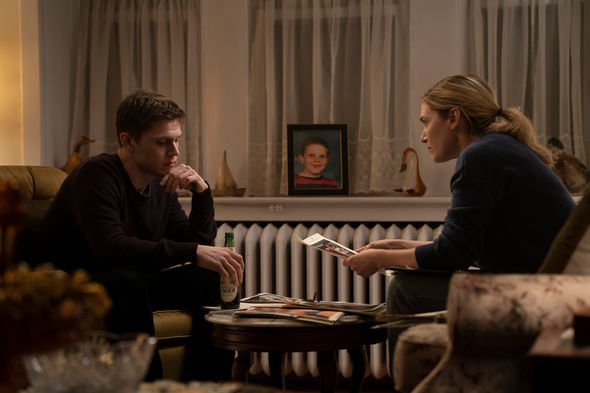 “Frank said that he gave diapers to Erin right after their son died. That makes a lot more sense if he’s the grandfather.

“It would also explain why he’s been so shady around pretending not to know Erin. He’s trying to hide this secret grandkid from Mare.

“Siobhan said that she heard someone with her brother, but she didn’t know who. It was Erin.

“Now that Frank took the DNA test, this reveal will be awesome when we find out that Frank is the baby’s grandfather,” they continued.

“I’m not sure if this connects at all to who the killer is,” the Reddit user stated.

Others were quick to jump in to offer their opinions, with one responding: “But my question then would be, why on earth would Frank hide the fact that they had another grand-kid if he knew all along?”

Though, a third viewer quickly pointed out that Frank has lied frequently in the past, writing: “He did hide the engagement. And hid knowing girl.”

“Because Kevin was married and had a son. He’s covering an affair,” another user theorised as to why Frank would lie for his son Kevin.

Another fan of the show further commented on Frank’s possible reasoning for hiding DJ from Mare, saying: “Maybe Kevin asked him not to, especially since Erin’s so young.

“I think there’s something we don’t know yet about Mare’s relationship with Kevin or the circumstances leading up to his suicide given the comments from Carrie and Brianna and how Siobhan is so cold with Mare vs how she is with Frank,” they concluded.

The mystery surrounding Mare’s deceased son Kevin (Cody Kostro), as well as the state of their relationship, has fans desperately looking for clues into her family.

How will Mare’s family troubles affect her investigation, and is the killer someone she already knows and trusts?