Meghan Markle Disney documentary review: Star returns to acting – but does she stack up?

Meghan Markle was well-known for her role as Rachel Zane in US legal drama Suits when she began dating Prince Harry. As their relationship became serious, the actress announced she would be leaving the series, turning her back on Hollywood and acting. However, in a matter of years, Meghan and Harry have stepped down as senior members of the Royal Family and the Duchess has landed her first role with Disney+. While Meghan isn’t seen on screen, her voiceover marks her first step back into show business. But is it the right move for the couple and is Meghan any good?

Actually, she is. Meghan is joyful and engaging in the documentary Elephants as she narrates the movements of a herd travelling hundreds of miles across the vast Kalahari Desert from the Okavango delta to the Zambezi River.

There’s enthusiasm in her voice, making it clear this is a subject close to Meghan’s heart and proves to be an engaging watch.

From the get-go, it’s also quite clear Meghan is a new mum.

She is enthralled as she narrates young elephant Jomo’s behaviour which may give an insight into what she is like as a mother. 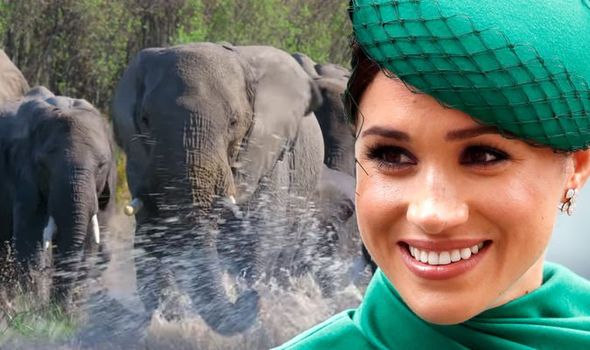 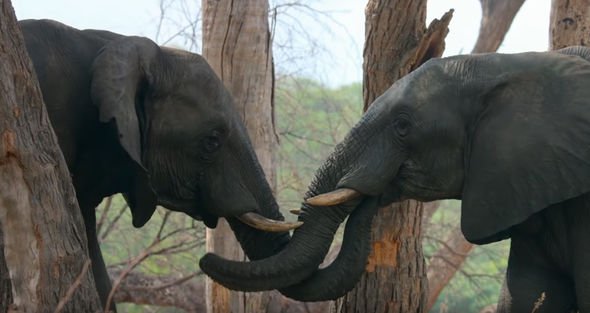 You can almost imagine her sitting down with young Archie and teaching him about the animal world in the years to come.

She’s excited to teach young viewers about elephants but rather surprisingly, she doesn’t sound condescending.

This is a documentary for all ages and a great addition to Disney+ during the coronavirus pandemic.

While Meghan throws in jokes and laughs at young Jomo’s cheeky behaviour, she also empathises with leader Gaia, who is faced with the task of keeping the herd safe and well fed. 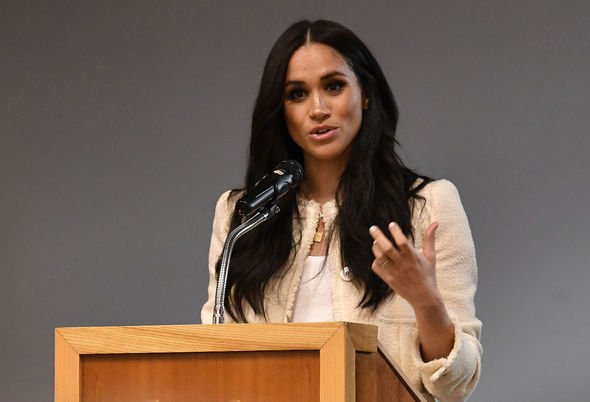 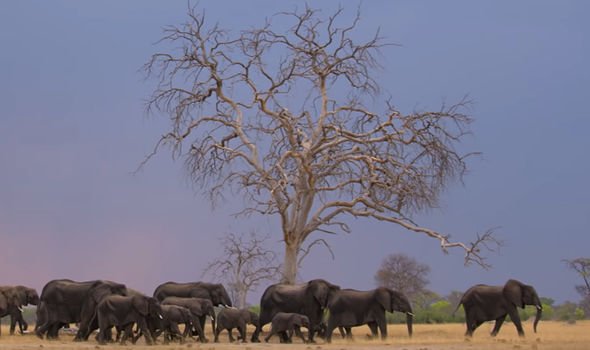 Her tone comes across as genuine when Gaia starts to struggle as her old age takes a toll and the elephants are faced with a heartbreaking dilemma.

Instead Meghan approaches the situation with caution and is measured in her narration.

She is, overall, very respectful of the documentary and its subject. This isn’t a documentary about Meghan, she is simply narrating, and she is very aware of that.

This is what makes her a great choice.

Yes, many of us are aware of the moment caught on video at the Lion King premiere last year which saw Prince Harry tell Disney’s CEO Bob Iger his wife does voiceovers – but that doesn’t mean she shouldn’t have been considered.

It’s since been reported Meghan had been approached to narrate the documentary before Harry’s conversation with Bob.

Nevertheless, it’s a great first move for the Duchess after stepping down as a senior royal. Her authenticity in her narration will fly in the face of her detractors, many who have been vocal of their criticism of the former royal.

The documentary supports Elephants Without Borders so there’s a clear link to Meghan’s philanthropic work too.

Away from Meghan’s narration, the documentary is everything you’d expect from Disney and more.

With a running time of just under 90 minutes, it’s the perfect length to sit down and watch on a rainy afternoon with family.

Each step of the elephant herd journey is intriguing and full of both funny and heartbreaking moments shown in brilliant quality.

It would be surprising if viewers didn’t fall in love with Shani and her spirited son Jomo – who isn’t too impressed when he’s no longer the youngest in the herd.

My only criticism is that it isn’t part of a bigger series rather than a standalone – I’d like to see more from Disney and the Duchess.

Elephants is available to stream on Disney+ from April 3.