Money Heist fans were left in shock after the cliffhanger of season four saw Alicia Sierra (played by Najwa Nimri) holding a gun to the professor’s (Álvaro Morte) head. However, some viewers think there could be some hints the hardline inspector is about to switch sides in the heist war.

The season finale of Money Heist part four was full of plenty of tension as the team attempted to get Lisbon (Itziar Ituño) into the Bank of Spain.

This led the professor to release the truth about Rio’s (Miguel Herrán) torture to the media, which left Sierra in a precarious position.

In the final episode, she then betrayed the police force to the press, revealing all of their crimes and effectively ending her career.

She goes on the run while the police hunt for her before she finds out where the professor is hiding. 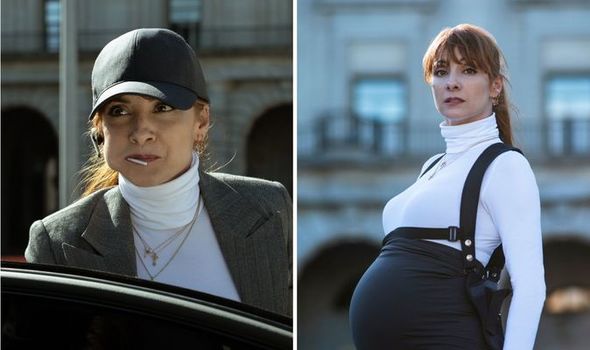 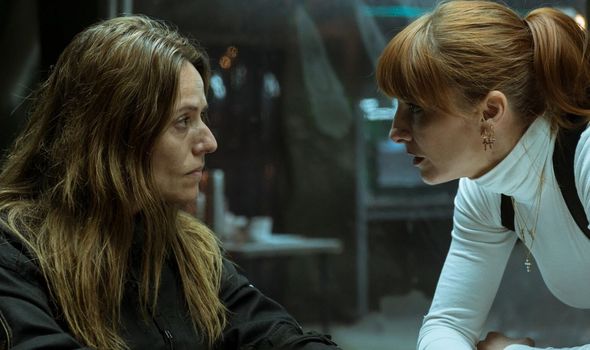 In the final few moments, viewers see her holding a gun to his head before saying “checkmate, you son of a b***h” and it all cuts to black.

The shocking moment left viewers reeling as it seemed like Sierra may be about to kill the beloved character.

Although there are some major hints that the inspector could, in fact, be about to change sides in this war.

Some fans on Reddit have been speculating whether Sierra might be about to switch sides and join the professor’s gang as she has no other options. 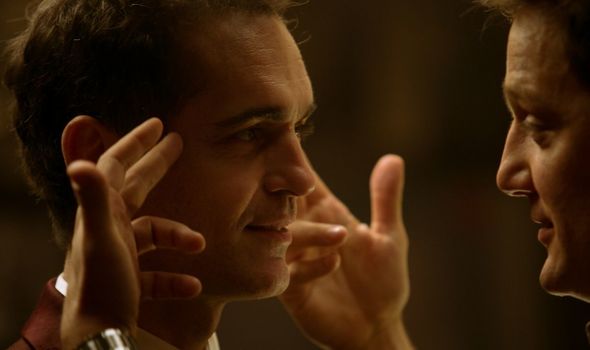 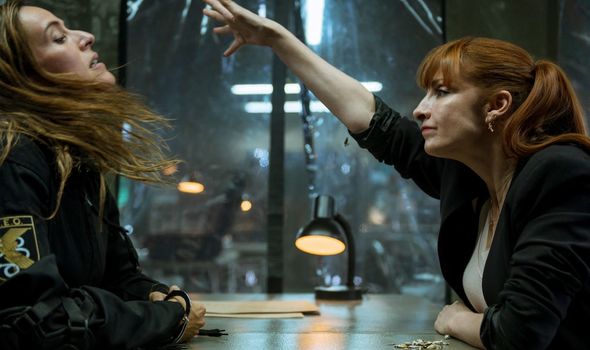 Fan EkkoBandit came up with a theory: “After a long talk with the professor, Sierra joins the team after the name of Paris.

“She makes an emotional bond with the girls and her child is called Ibiza.”

User kattkarterr7 added: “Sierra does not have a life anymore outside this. She’s committed crimes, she has confessed to them publicly, and even dragged along the higher ups.

“They’re not gonna let her go. Might as well be part of the resistance I guess.”

A third named ofeliaaa agreed: “I see her somehow blackmailing him into joining and the crew being reluctant/objecting due to her cruelty and torture of Rio but being forced to play along until the professor can find a way to get rid of her.”

However, perhaps the biggest clue she could end up switching sides comes in the credits.

Fans of the show will recognise that the voice singing Bella Ciao is none other than Sierra actor Najwa Nimri.

This was confirmed by the subtitles to the credits which read “Sierra singing ‘Bella Ciao’ in Spanish.”

The song plays a huge role in the team’s ideas of rebellion and resistance so it is particularly interesting for Sierra to be singing it herself.

Could this signal her character may be leaning towards their ideas in the show?

As fans of the series will also know, this would also not be the first time an officer has switched from one side to the other.

Raquel Murillo became Lisbon after she fell in love with the professor and left the police department behind.

While it does not seem like Sierra is set to fall in love with anyone in the same way, the pregnant inspector is in a precarious position and the heist team could offer her safety.

However, it seems viewers will just have to wait until season five to find out what the future holds for Sierra.

Money Heist season 4 is available to stream on Netflix now.