CBS meanwhile saw the return of its NCIS franchise after a pandemic-delayed start to the fall schedule. The Season 12 premiere of NCIS: Los Angeles (0.9, 7.04M) was up about two-tenths over its Season 11 average, and was the night’s most-watched scripted program. It was followed by the return of NCIS: New Orleans (0.6, 4.79M), with its Season 7 kickoff on par with last season’s average in the demo.

The network’s 60 Minutes (2.8, 15.76M) saw a significant boost from last week. However, with the NFL overrun, CBS’ numbers are preliminary and will likely be adjusted in finals. 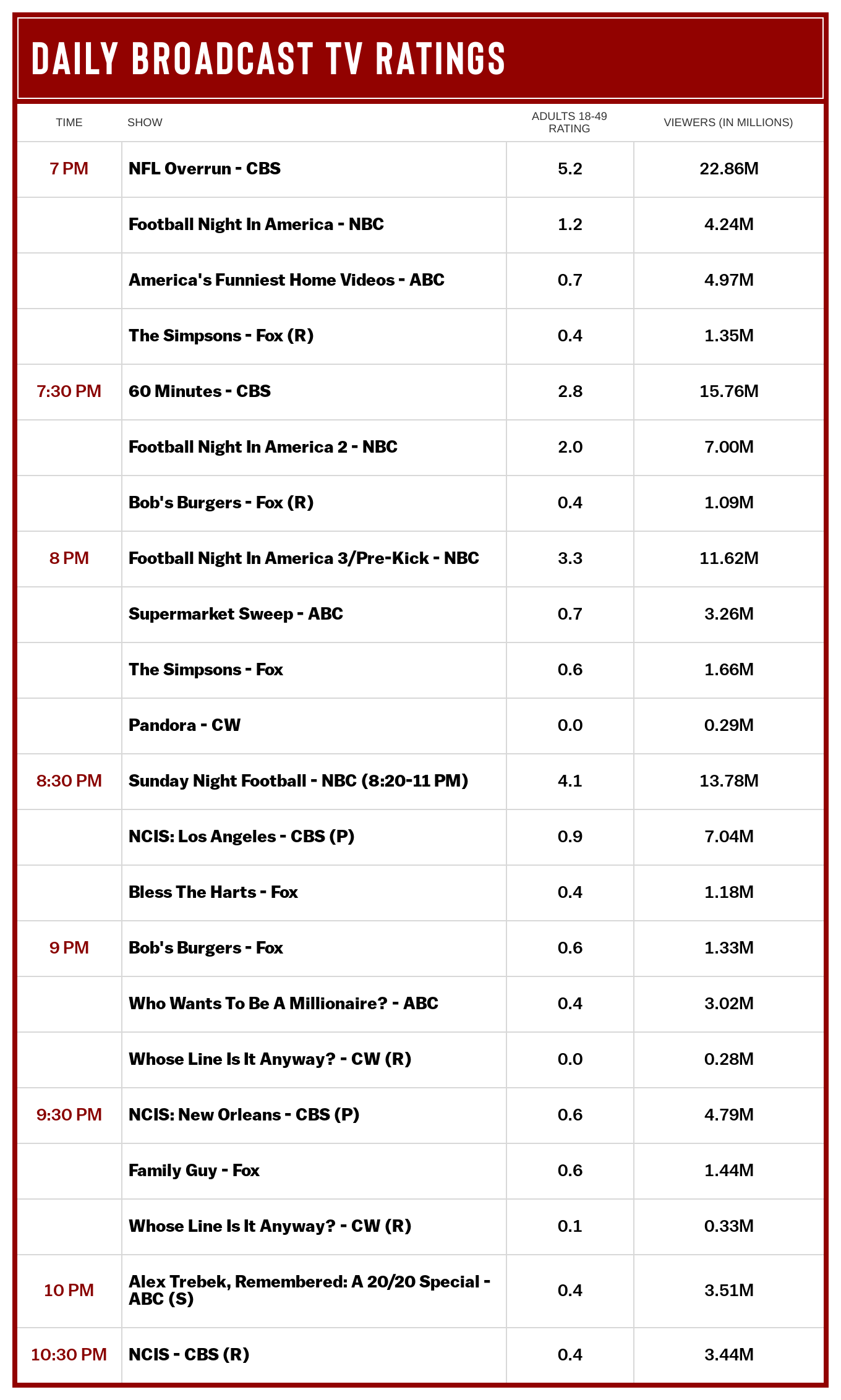