NCIS season 17: Why weren’t fans happy with this week’s episode of NCIS?

NCIS series 17 had plenty of memorable moments, including the return of Agent Ziva David (Cote de Pablo) as she once again went off but this time to be reunited with Tony Dinozzo (Michael Weatherly) and their daughter Tali. However, the most recent show has got fans’ attention but for the wrong reasons. So what did fans not like about episode 19 of the CBS crime drama?

NCIS returned on Tuesday, March 31, for its penultimate episode which was called Blarney.
Whereas the focus would normally be on the field agents investigating a suspicious death, this time around, everyone was concentrating on forensic scientist Kasie Hines (Diona Reasonover) and medical examiner Jimmy Palmer (Brian Dietzen).
The pair bumped into each before work and decided to have brunch together at a diner.
While there though, a few customers were being rude to the servers and Kasie and Jimmy felt it was only right that they spoke up and told them not to act so horribly.
They left the diner and they thought it was all over but they were very much wrong.
Not too long after, they saw the rude customers were robbing a jewellery store across the road but one of them was injured by an armed guard.
So, with little time to get to their getaway car, they instead ran back over to the diner where they held the staff and customers, including Kasie and Jimmy, hostage. 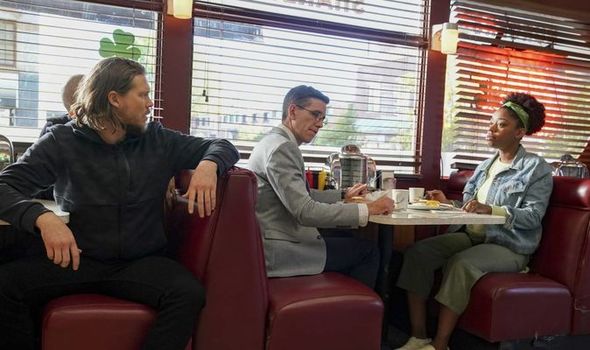 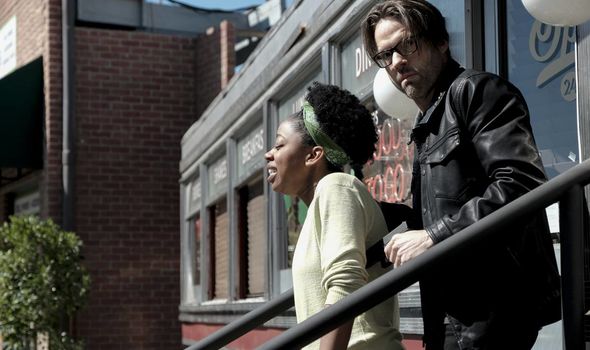 Meanwhile, Gibbs (Mark Harmon) and the rest of the team were instructed to find a killer after a body of petty crook Daniel Spagnolo was found in the dumpster by their building.
NCIS soon got wind of what had happened to Kasie and Jimmy as the diner was on the news.
They then worked out it was actually Max (Leif Gantvoort) and his fellow robbers who murdered the man as he was their fourth accomplice.
However, following an argument, they decided to kill him instead just before they robbed the store.
They had also swallowed a condom filled with stolen diamonds each to ensure they would get away with them but this ended up being their downfall.
Jimmy pretended one of the robbers who had died of injuries caused by the armed guard, was actually killed by internal bleeding thanks to the diamonds.
Whereas one of the robbers gave himself in pretty quickly so they could get the diamonds out of his body, Max was thankfully temporarily distracted by this, allowing NCIS to storm in and rescue those at the diner. 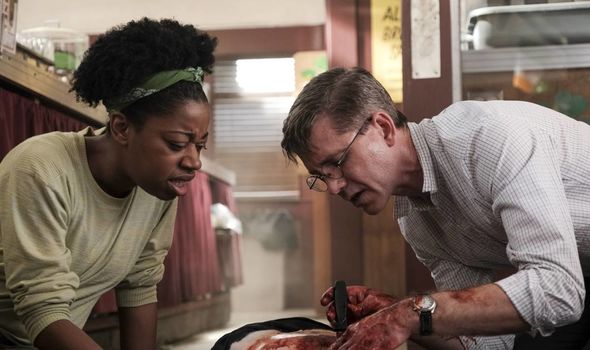 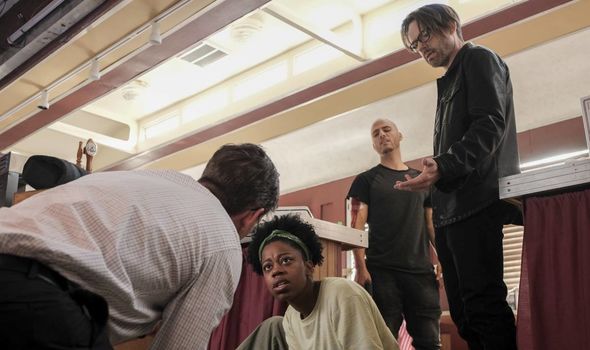 While Gibbs and the other agents were thrilled to have Kasie and Jimmy back safely, many fans were left unimpressed by the episode.
One of the complaints was in regards to the robbers themselves.
An NCIS fan took to Reddit to list all of their mistakes.
They said: “It’s like the bad guys don’t watch TV and movies to see what mistakes not to make and how the cops might beat them.
“They kept casing the store from the same public place while drawing attention to themselves, especially right before the heist.
“Apparently, they dumped the body not far away.
“The driver didn’t cover his face. They didn’t disable or blind the cameras in the jewellery store.
“Rather than swallowing the diamonds on the way to the airport, they swallowed them immediately in full view of the cameras and left a wrapper behind.”
But another complaint being made about the episode is in regards to the actual writing itself.

Another Reddit user said: “I love NCIS and I’ve watched it for the last 17 years, but I really thought this last episode was written really poorly.
“The way they wrote Kasie and Jimmy’s responses to the gunman before they rob the jewellery store and the way they had their responses during the whole hostage situation in the diner was written awful, just plain awful.
“I mean, just little things. Like Jimmy would have never said that stuff on the phone. Neither one of them would have talked to the gunman with the attitudes they had.”

NCIS will be cutting this series shorter than normal due to the coronavirus pandemic so rather than the planned 24 episodes, there will be just 20.
The drama will be taking a one week break from our screens next week but will return after that.
This will then be the last episode in series 17 and will be called The Arizona.
An official synopsis has not yet been released for the episode.
NCIS season 17 continues on Tuesday, April 14, at 9pm on CBS.