NETFLIX's Snowpiercer fans are horrified as twisted LJ was seen sucking on her dad's false eye in a disturbing scene.

Annalise Basso plays the twisted character and revealed it was a real challenge taking on the role of "psychotic" LJ for the new Netflix series. 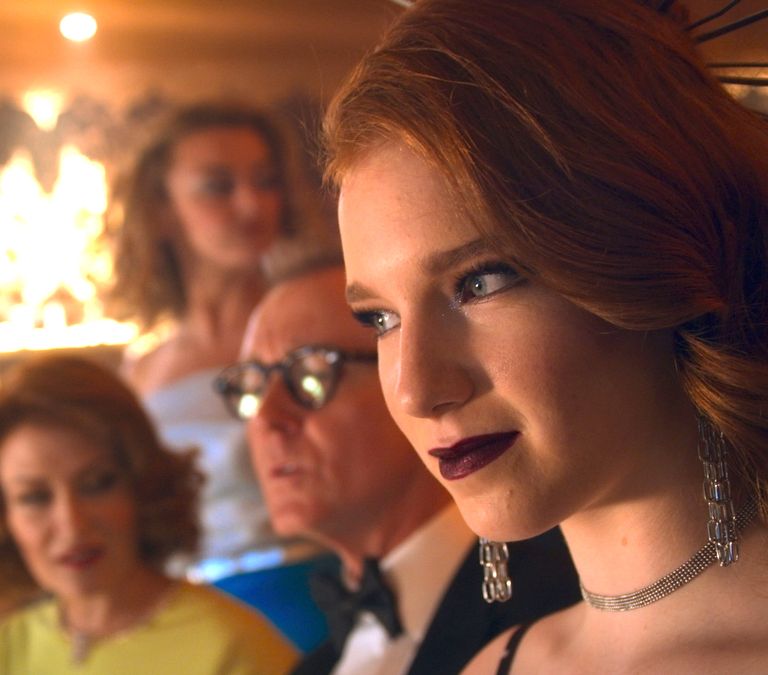 LJ is seen switching personalities throughout season one and becomes arrogant when speaking to Melanie following her trial in episode five.

In that same episode however, a bizarre sequence of events transpired as LJ's father pops a glass eye out for her to suck on, and she shockingly obliges.

However, fans discovered that she was the one that managed to poke her father's eye out in the first place at the age of seven.

Twitter users were disgusted at what they saw and make their feelings known on the giant social media platform.

One fan said: "watching netflix's snowpiercer and this dude just popped out his EYE so his daughter could suck on it in her mouth what in the."

Another tweeted: "Excuse me. She punctured his real eye with a fork when she was SEVEN & now she puts the fake eye in her mouth. Rich people are freaking weird as hell. #Snowpiercer."

While a fourth viewer messaged: "HE LETS HER POKE OUT HIS EYE AND PLAY WITH IT? noooo #Snowpiercer #Snowpiercertv"

What's on Netflix and Amazon Prime?

Annalise, 21, who plays the part of Lilah Folger, admitted during a recent interview how hard it is to play such a twisted persona.

She explained: "I feel like I'm naturally more the white swan, because that black swan persona has always been kind of foreign to me.

"Being able to switch back and forth was a lot of fun to explore the behaviour in both characters – because honestly, LJ plays many different characters and that's what makes her so unpredictable and so fun to watch."

Annalise added: "She is literally psychotic, and so she has to make people believe that the person they're seeing is the real her."