From A Boy Called Christmas to Never Mind the Buzzcock's Christmas Special, there's no shortage of festive content to watch with Sky this holiday season until your heart's content. 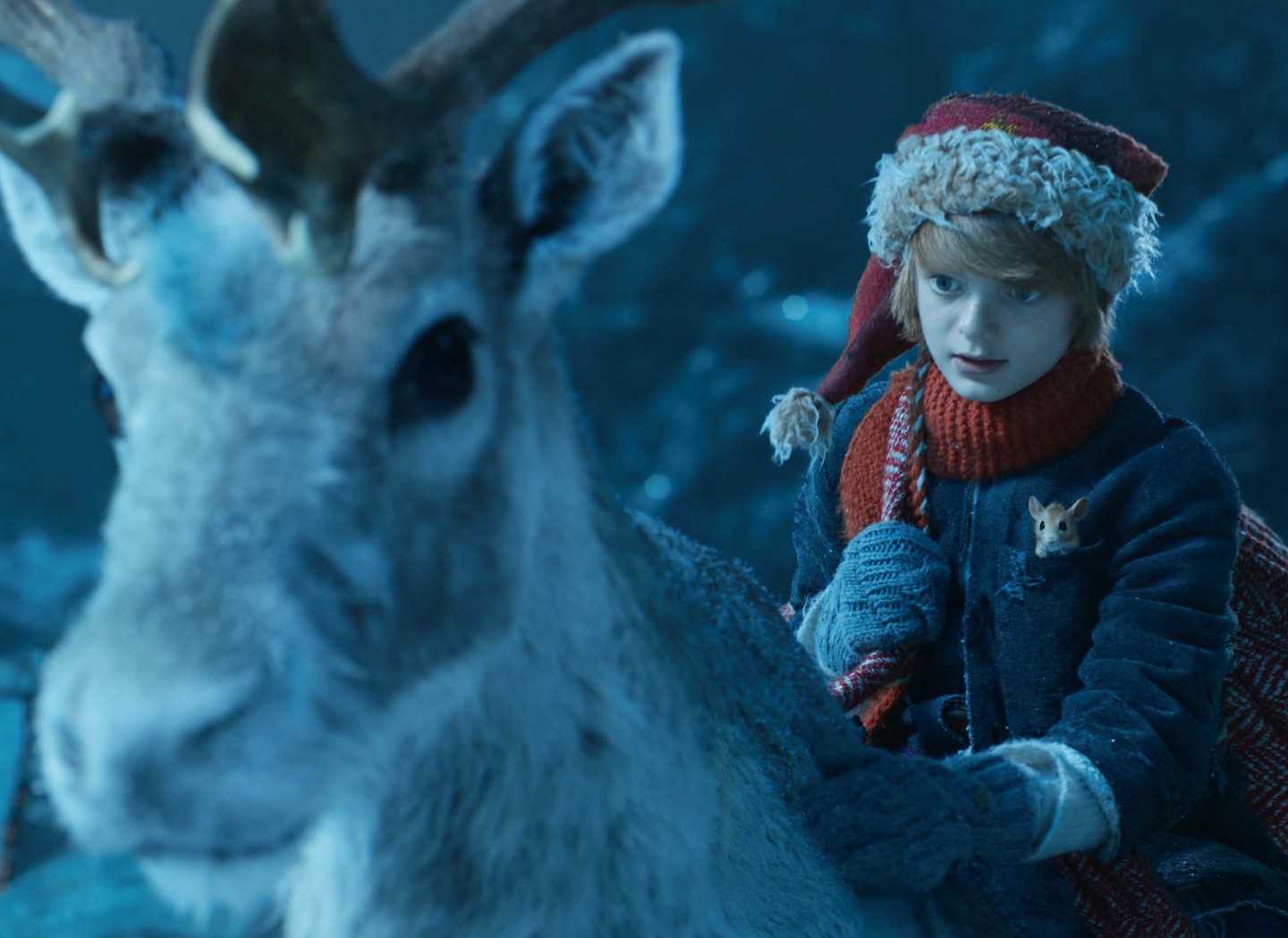 An ordinary young boy called Nikolas sets out on an extraordinary adventure into the snowy north in search of his father who disappeared attempting to find the fabled village of the elves, Elfhelm.

Taking with him a headstrong reindeer called Blitzen and his loyal pet mouse, Nikolas soon meets his destiny in this magical, comic and endearing story that proves nothing is impossible. 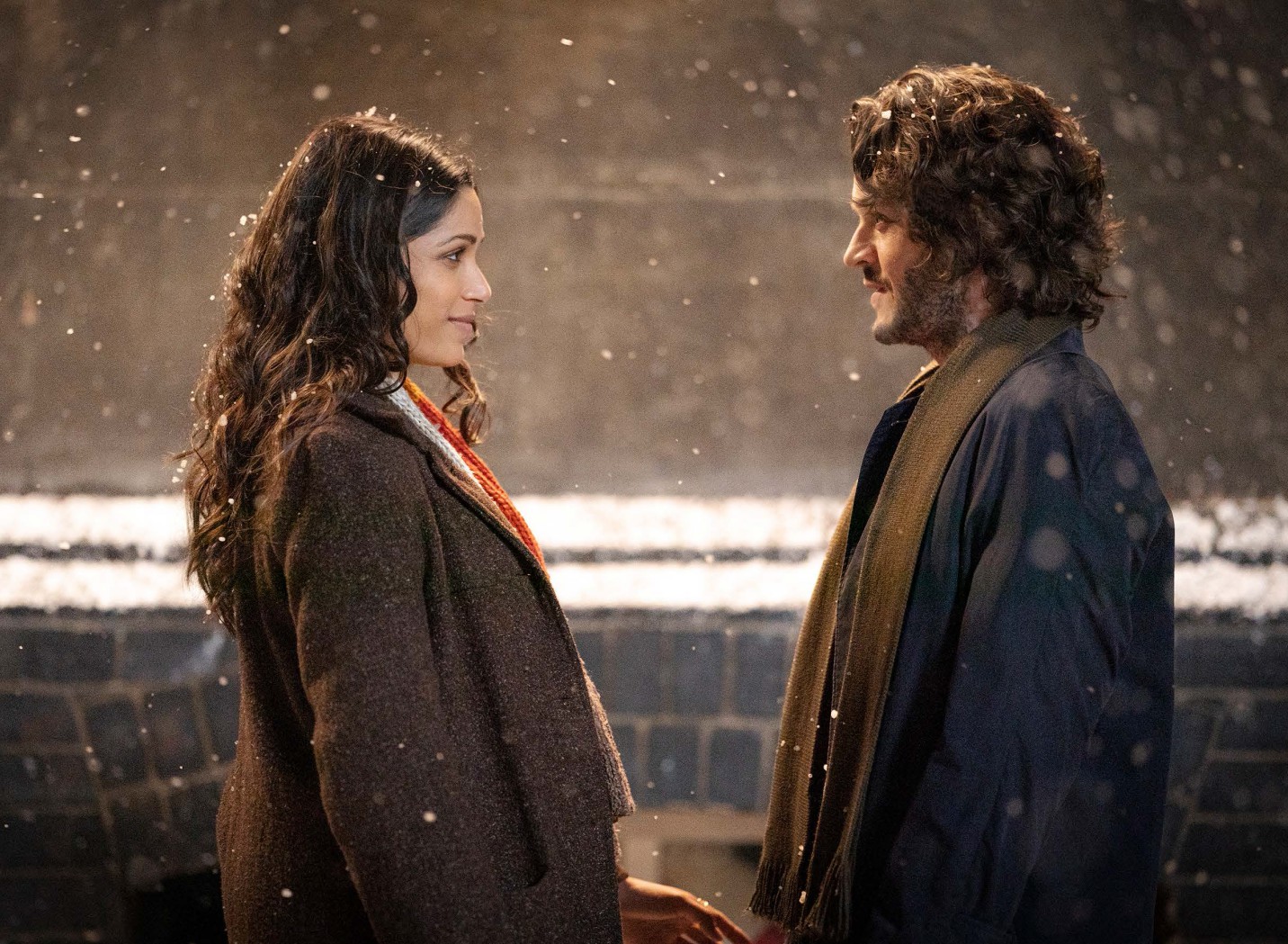 From director Chris Cottam and the musical genius of Guy Chambers comes a comedic and heartfelt new take on the holiday movie, A Christmas Number One.

Fresh from a breakup with the world’s hottest popstar, music manager Meg Rai leaves New York for London to manage a boyband, Five Together, who are desperate for a Christmas hit after their latest self-written album flopped.

Meanwhile, Blake Cutter, persuaded by his Christmas obsessive and terminally ill niece, Nina Cutter, puts his thrash metal band, Scurve, to one side to write Nina the ultimate Christmas song.

When Meg discovers the hit in the making, will this be the Christmas number one the boy band desperately needs or will Blake, the song, and Nina show Meg what truly matters? 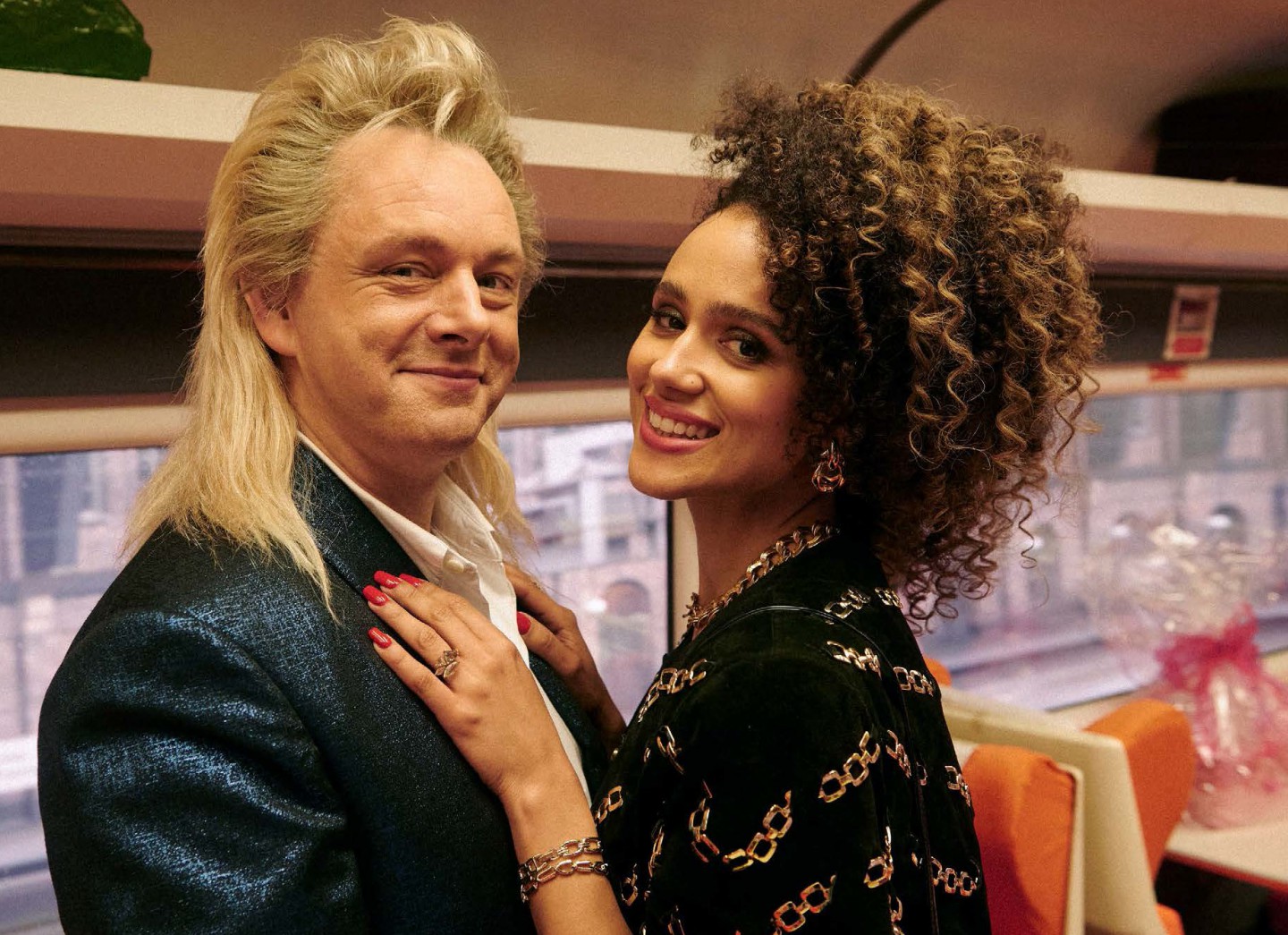 Tony Towers is about to take the trip of a lifetime.

It’s 1985 and he’s a successful nightclub manager, a local celebrity and engaged to a much younger woman, Sue.

Things are going great, but when Tony, Sue and his brother Roger – with whom he enjoys a strained relationship – embark upon the 3:17 to Nottingham for a Christmas family reunion, things get a little strange.

Moving up a carriage to the buffet car lands him in 1995, where he finds his clubs have failed and his life has fallen apart. 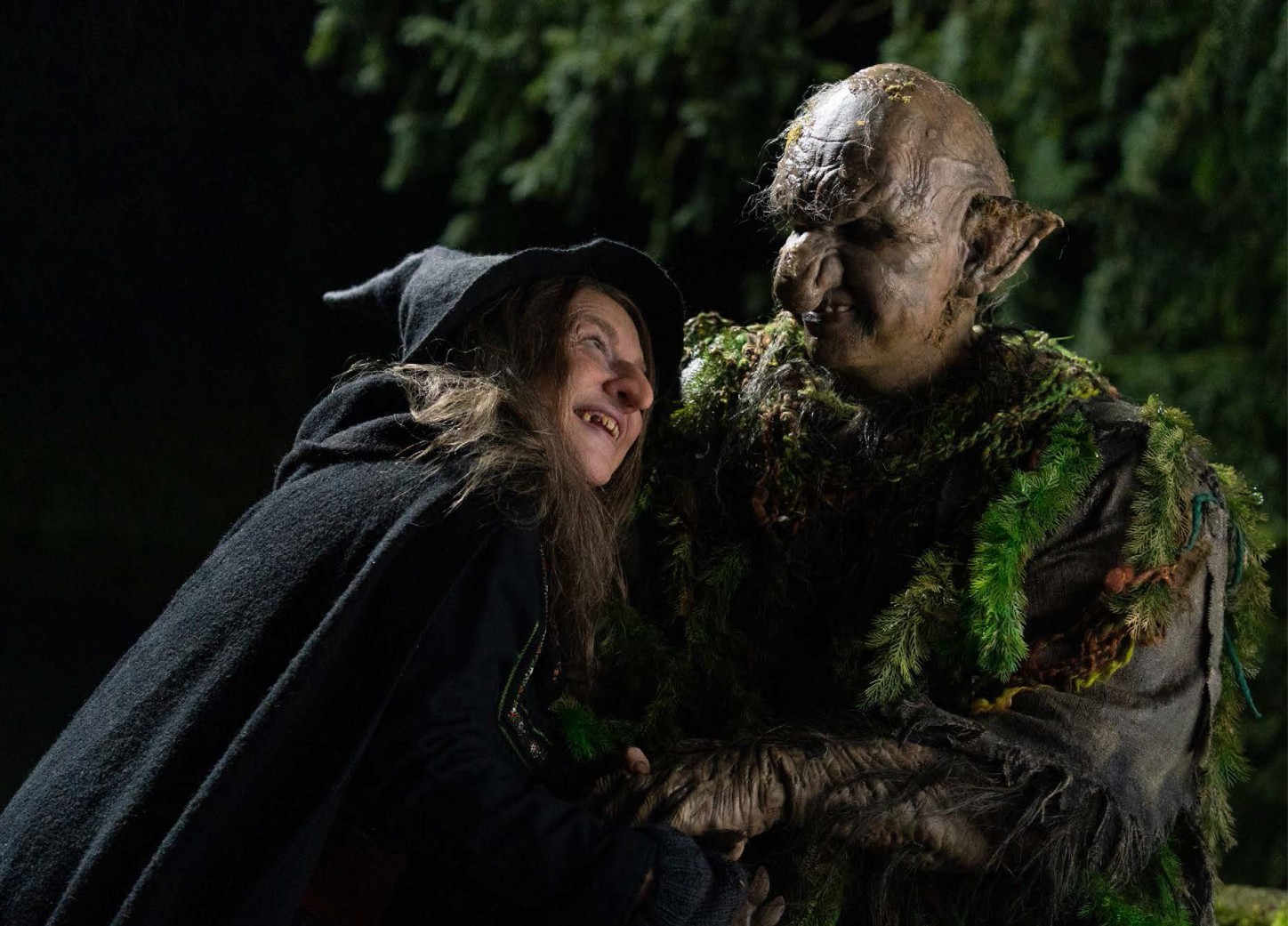 David Walliams presents the third of his festive fairy tale specials, this time continuing the Grimm story of Hansel and Gretel.

Walliams, along with Sheridan Smith and Mark Addy pick up the story after the eponymous siblings have escaped the witch’s gingerbread house – only to be dismayed to learn that their village – their family included – is being enchanted by a mysterious stranger plying them with sweet treats.

Determined to set things right, it’s up to Hansel and Gretel to face their worst fears and return to the witch’s house for a final showdown. 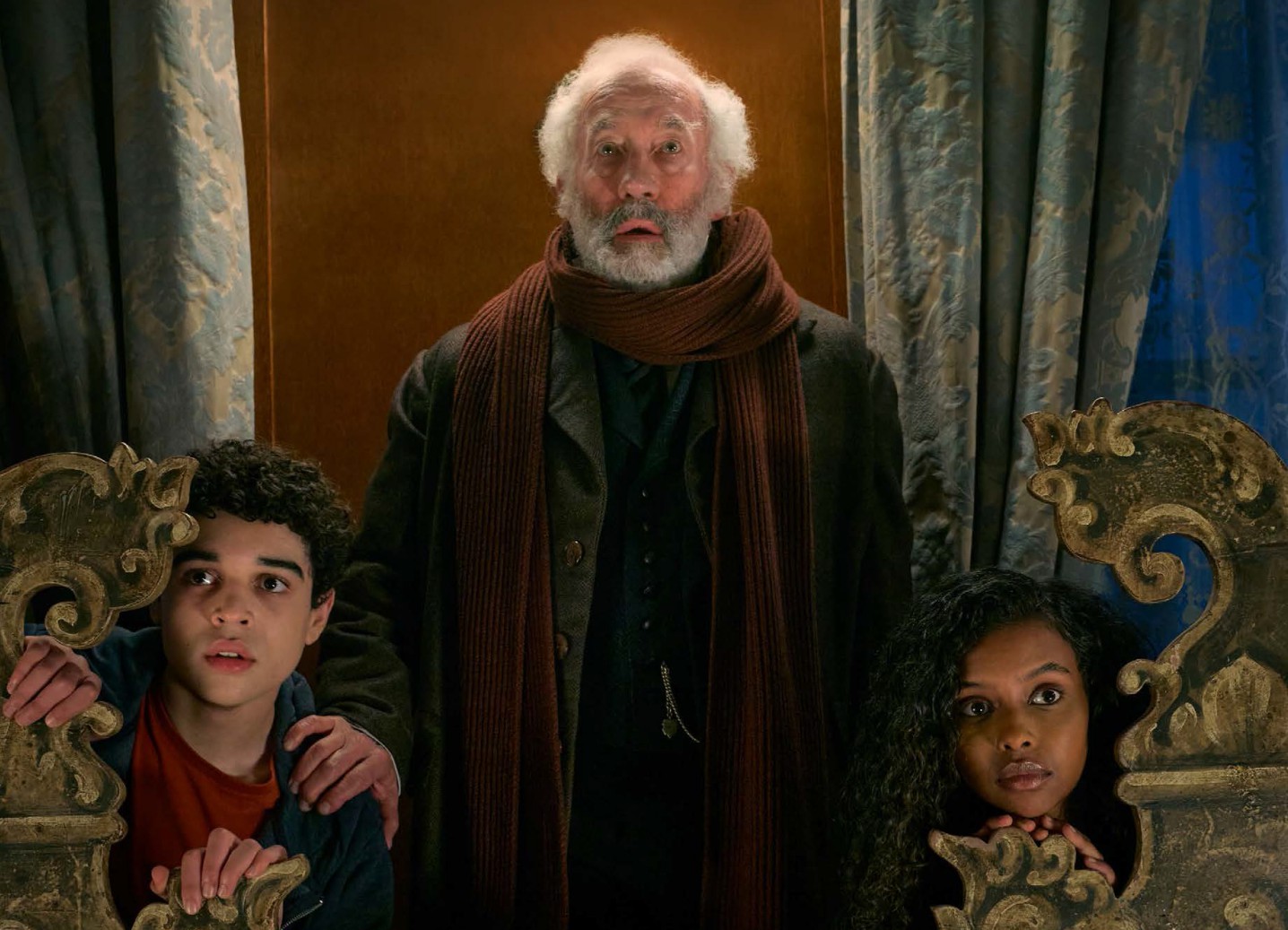 Christmas adventure arrives for London teenagers Jamie and Lucy Allen in the form of a mysterious old man, Mr Blunden, who offers their mum the opportunity to become the caretaker of a ruined country house – one that’s said to be haunted.

Within its neglected, overgrown grounds, Jamie and Lucy have an encounter with what appears to be a pair of ghost children.

But these spooky kids, Sara and Georgie, aren’t actually ghosts.

They’ve travelled forwards in time to seek help, believing they’re going to be murdered by the wicked Mr and Mrs Wickens and Lucy and Jamie’s strange visitor seems to be the key to it all.

With his help, they must travel back to 1821 to save Sara and Georgie and redeem their remorseful new friend – the Amazing Mr Blunden.

A League of Their Own Christmas Party 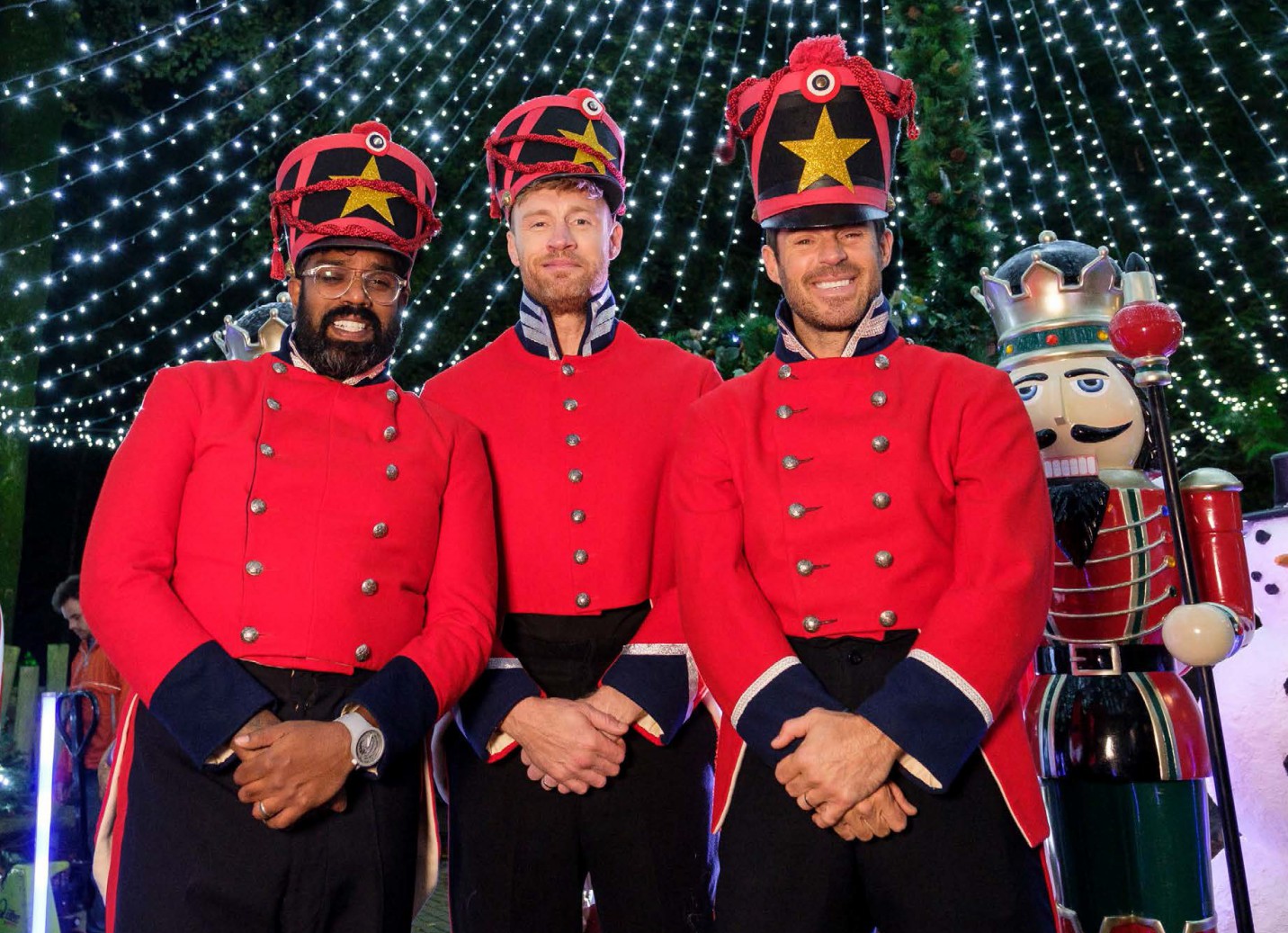 It wouldn’t be Christmas without the A League Of Their Own boys getting together for some festive fun.

This year, Romesh has organised the boys’ festivities and as a special Christmas treat he is taking Freddie and Jamie to Center Parcs for a winter break like no other.

They will take on a variety of physical challenges, be joined by fantastic celebrity and sporting guests and – helped out by his mum – Romesh is serving up a traditional Sri Lankan Christmas – in a woodland treehouse
in Wiltshire. 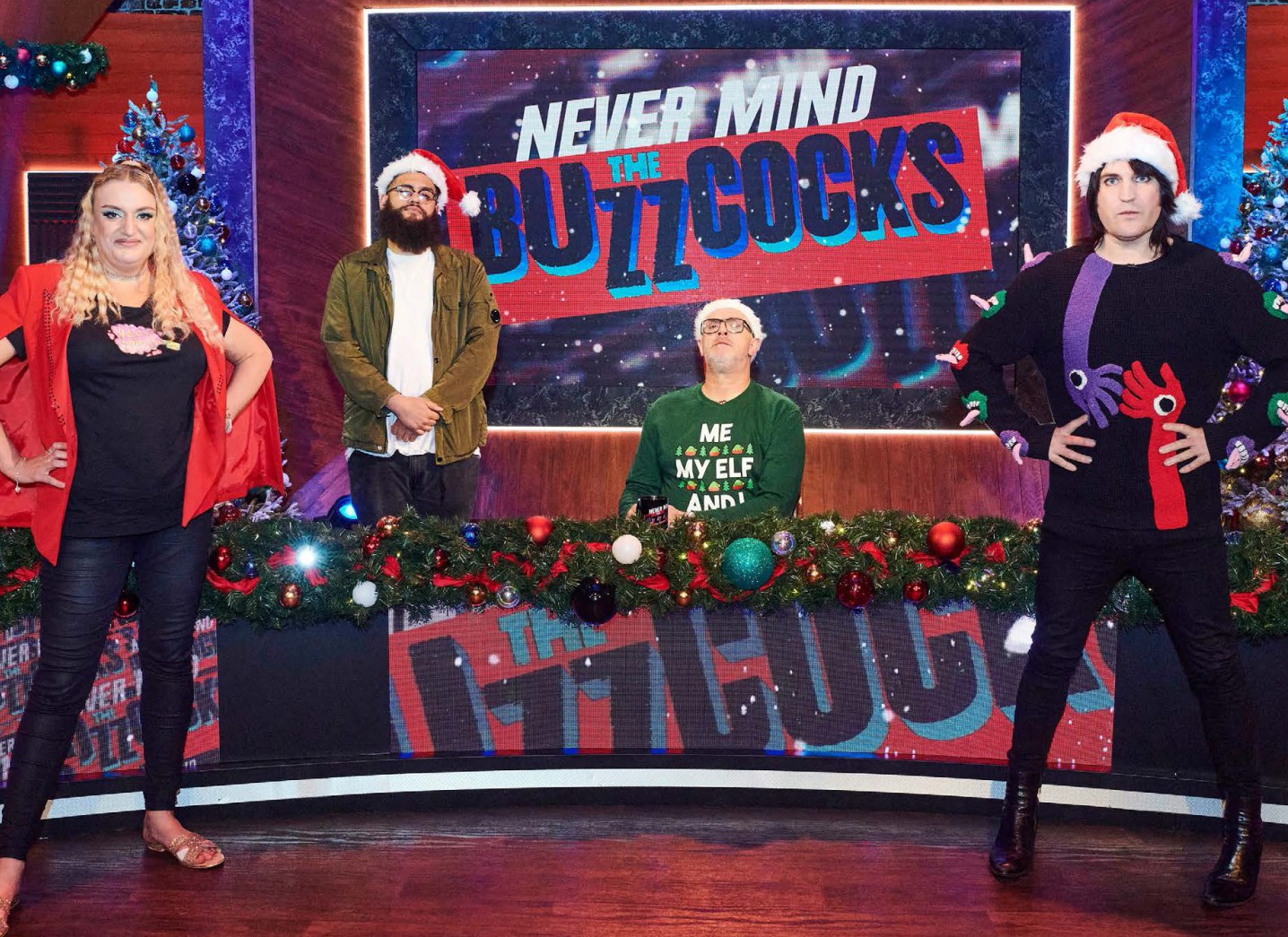 Is that sweet singing in the choir I hear? No, it’s the raucous cacophony of the Buzzcocks team murdering another classic in the Intros Round.

There’s Something About Movies Christmas Special 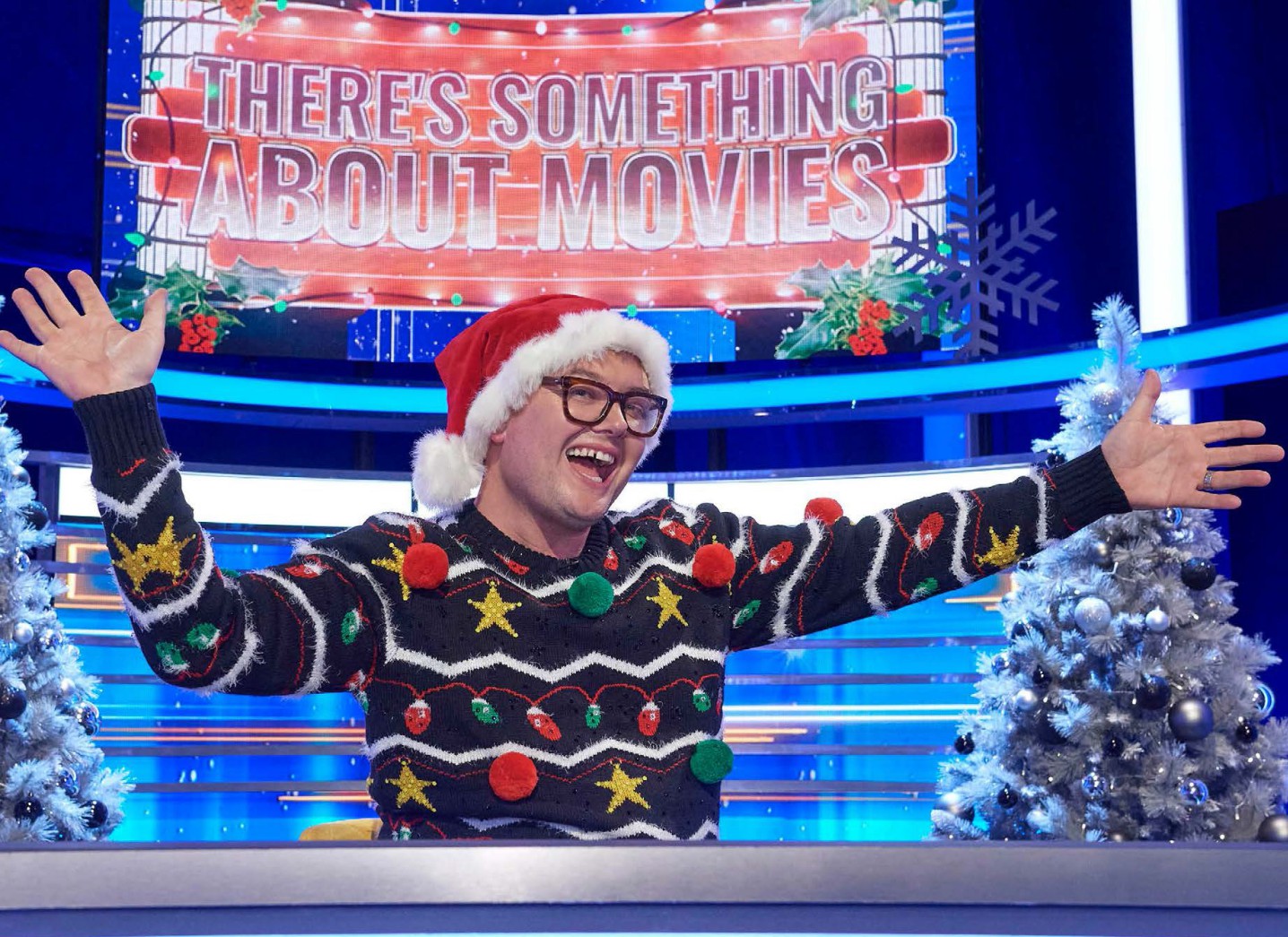 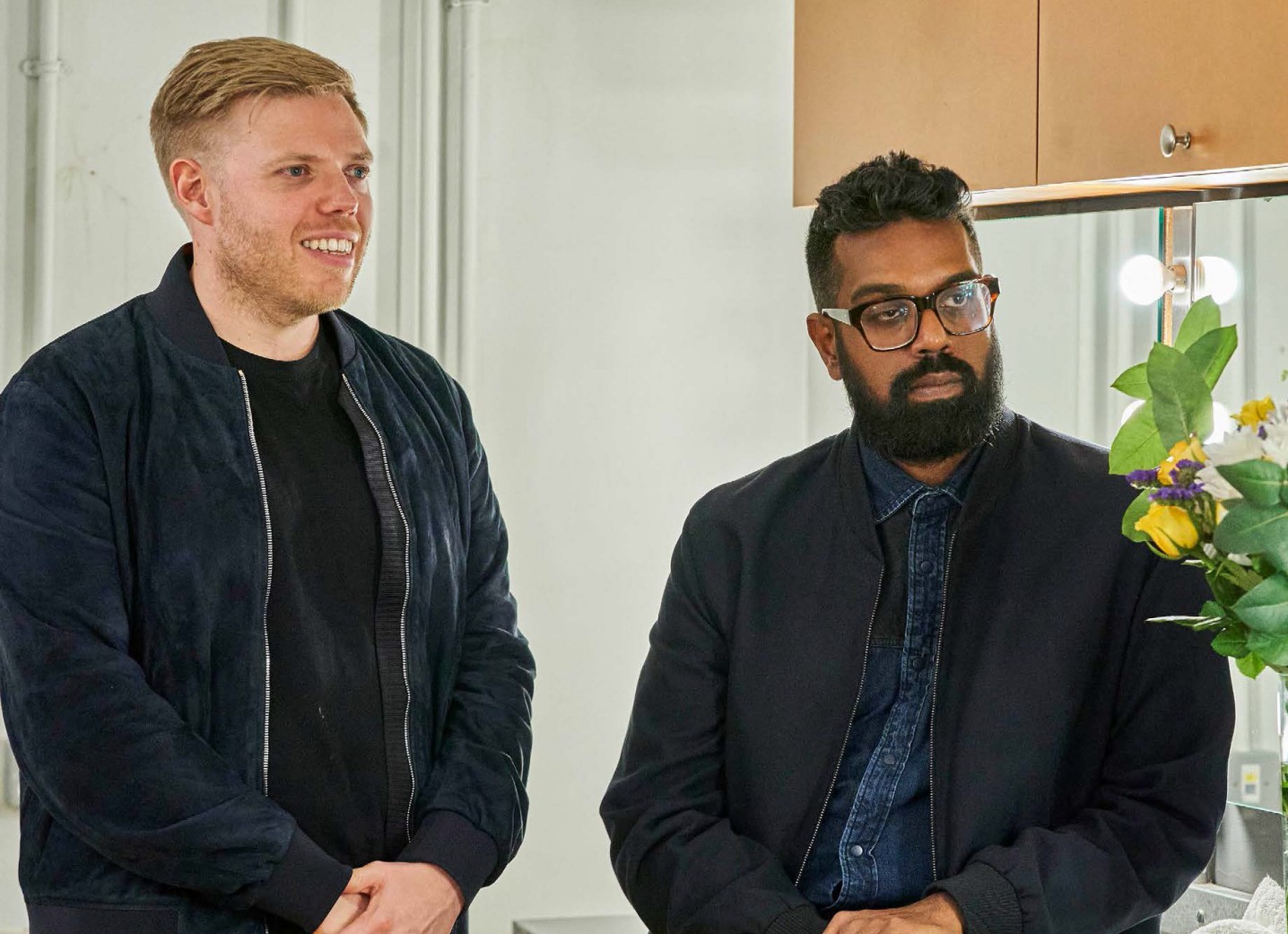 This Christmas, and as a special treat for the fans, Rob and Romesh will be attempting a challenge set by you at home.

Rob has asked his Instagram followers, what they’d like to see them do next, and so, following the responses, this year we’ll be finding out who’s the Greatest Showman, as our favourite double act will be joining the circus.

Dating No Filter At Christmas 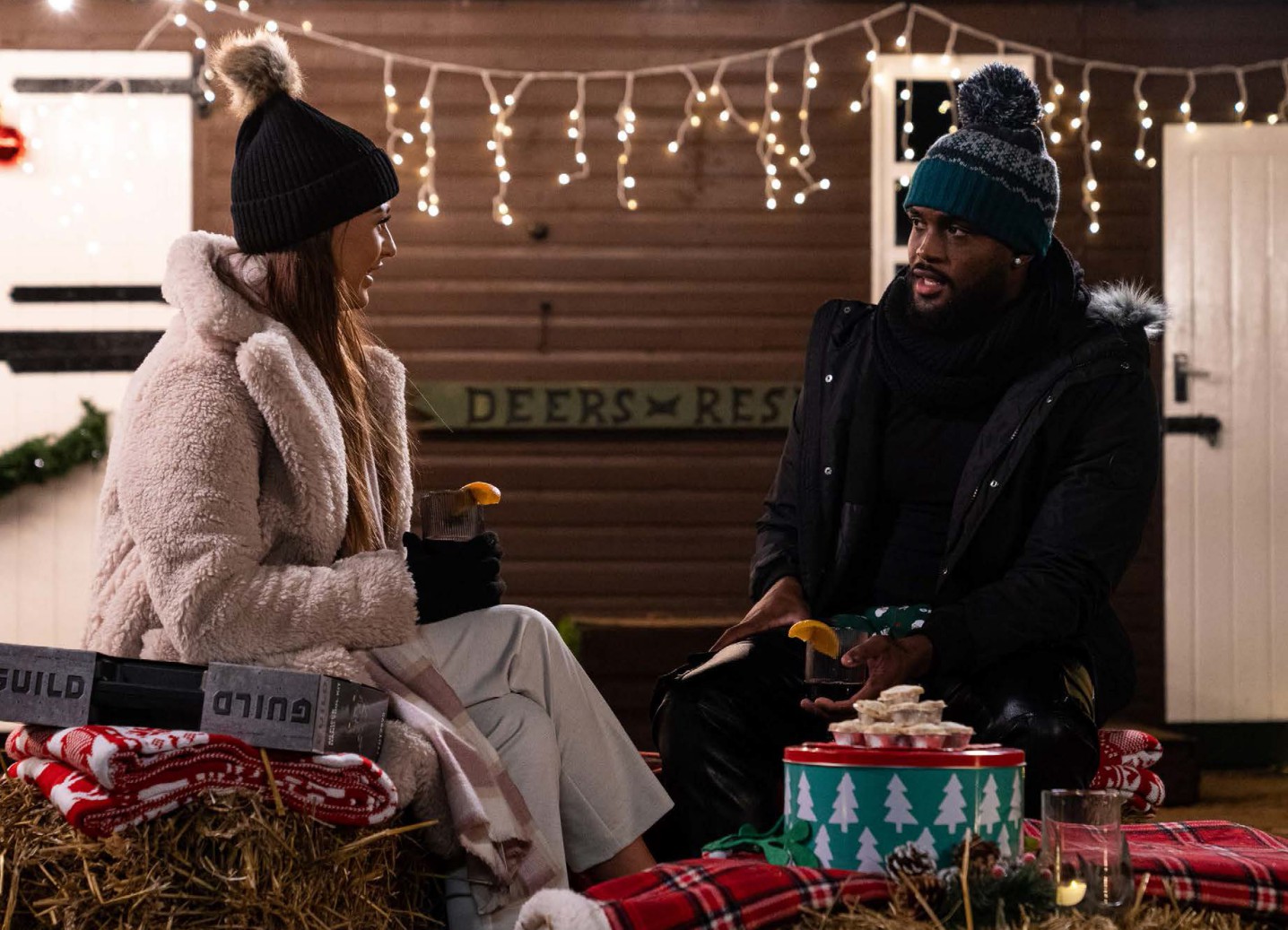 Dating No Filter is back with a Christmas treat this year.

The UK’s funniest comedians return for the first-ever Dating No Filter at Christmas, providing unfiltered commentary as members of the public head out on blind dates with a Christmas twist.