Ozark: Cast members look ahead to the final season

As season three of Ozark drew to a close, Marty (played by Jason Bateman) and Wendy Byrde (Laura Linney) were left struggling to comprehend their places in the Navarro Cartel. With all the signs pointing towards the drug lord taking them out of the picture, he instead had scheming lawyer Helen Pierce (Janet McTeer) killed, seemingly cementing the Byrdes’ place as a priority in his business. However, given their tumultuous working relationship in the past, several Netflix viewers are tipping a sour ending – and it could involve children Charlotte (Sofia Hublitz) and Jonah Byrde (Skylar Gaertner).

So far, fans only know a few things for sure about season four, including that the action will pick up exactly where it left off.

Marty star Bateman said during a panel hosted by Deadline earlier this year that Ozark fans will first see them “pulling bits of (Helen)” out of their hair at Navarro’s mansion in the opener.

Showrunner Chris Mundy also confirmed Ruth Langmore (Julia Garner) will be a “fierce opposition” to the Byrde and Navarro way of running things in the final ever series.

So the stage looks set for Navarro and Marty and Wendy to join forces to ensure their survival – but things are never as they seem in the world of Ozark. 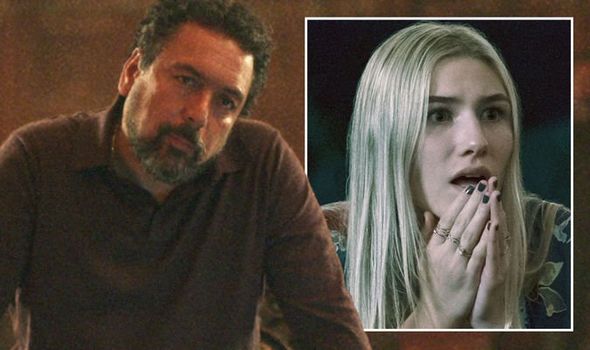 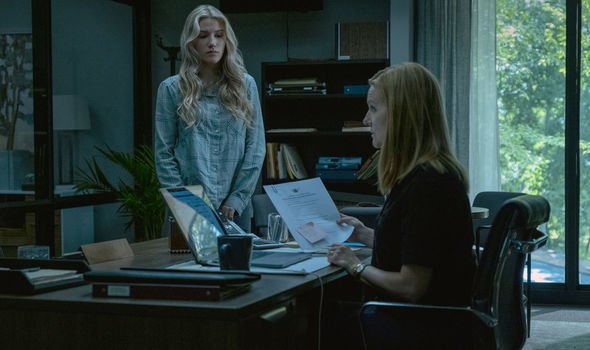 Omar, Wendy and Marty have all been at loggerheads before, whether it be Marty spying on his wife’s interactions with the drug lord or the money laundering mastermind being kept hostage and tortured by his boss.

Add to the mix the fact Wendy had her own brother Ben (Tom Pelphrey) killed for the safety of the cartel and thus herself, and it’s hard to imagine season four will see their relationship run without a hitch.

How exactly the Navarro and Byrde feud will unfold remains a mystery but a new theory sweeping the fandom suggests it could be to do with the Byrde children.

The last fans saw of Jonah he was filled with rage after learning the truth about his uncle’s demise while Charlotte had begun to grow tired of being left out in the dark and ordered around by her parents. 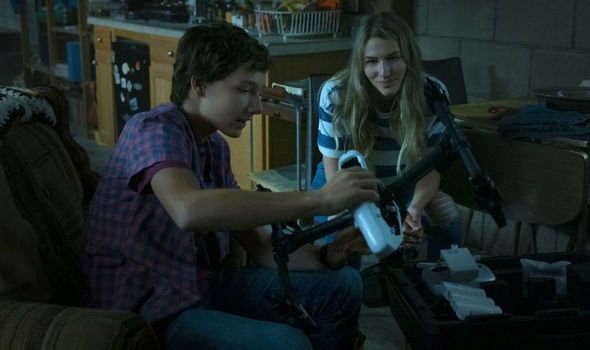 Taking to Reddit, one eagle-eyed Ozark fan has suggested Navarro may end up kidnapping Charlotte, rendering Marty and Wendy helpless.

The user named hottakehotcakes suggested: “I think Charlotte will already be at [Navarro’s] fortress because part of her build, unfortunately, has been her sexuality. Remember the scene at the Blue Cat with her short shorts and all the men whistling at her?”

The Ozark fan goes on to suggest Omar could threaten to do something unthinkable to Marty and Wendy’s daughter in a twisted display of power.

After all, Helen had warned Wendy and Marty earlier in the series that the cartel would murder them and their children “and not in that order” if they were to cross the murderous drug lord.

However, while Marty and Wendy may not be able to get close to Omar, the Ozark fan points out Jonah has become rather handy with his drone.

It was the images used from Jonah’s drone which Marty used to encourage FBI agent Maya Miller (Jessica Frances Dukes) to make a move on the rival Lagunas Cartel.

But could the drone be used as a weapon? The Redditor adds: “Jonah has been trained as a killer and a money launderer. He’s also skilled with a drone.

“I think the fact that he’s a sniper with a drone means he’ll be a drone sniper and shoot up Navarro’s fortress and save the family.”

So given all these clues from previous seasons, could fans be expecting Jonah to swoop in and save his sister before Ozark’s time runs out?

However, in order to do so, Jonah will surely have to come to terms with the part his family played in the death of Ben.

Fans will have to wait until Ozark season four, which is currently filming, to premiere on Netflix to find out for sure.

Ozark seasons 1-3 are available to stream on Netflix now.