HBO has released the trailer for Pause With Sam Jay, an innovative talk show series hosted by Saturday Night Live writer and stand-up comedian Sam Jay. The six-episode, half-hour series premieres Friday, May 21st at 9:00 p.m. ET on HBO, and will be available to stream on HBO Max.

Co-created by Jay with Insecure‘s showrunner/director Prentice Penny, Pause takes the traditional late-night talk show format and spins it on its head, with Jay hosting a lively party in her apartment each week. Episodes will center on Jay and her guest discussing current events and topics, like Covid-19 and racial justice, and their conversations will be broken up with additional interviews, sketches, and animation. The trailer gives a fast-paced look at the vibe of the show, filled with lively debates around Jay’s kitchen and living room.

Last year Jay released her first hour-long comedy special, Sam Jay: 3 in the Morning, on Netflix. She executive-produced Pause With Sam Jay along with Penny, Chris Pollack, Langston Kerman, Diane Fitzgerald, David Martin, Kara Baker, Michelle Caputo, and Shannon Hartmann. The series is co-executive produced by Alex Soler, directed by JamsXBash, and produced for HBO by Art & Industry, Avalon, and A Penny for Your Thoughts. 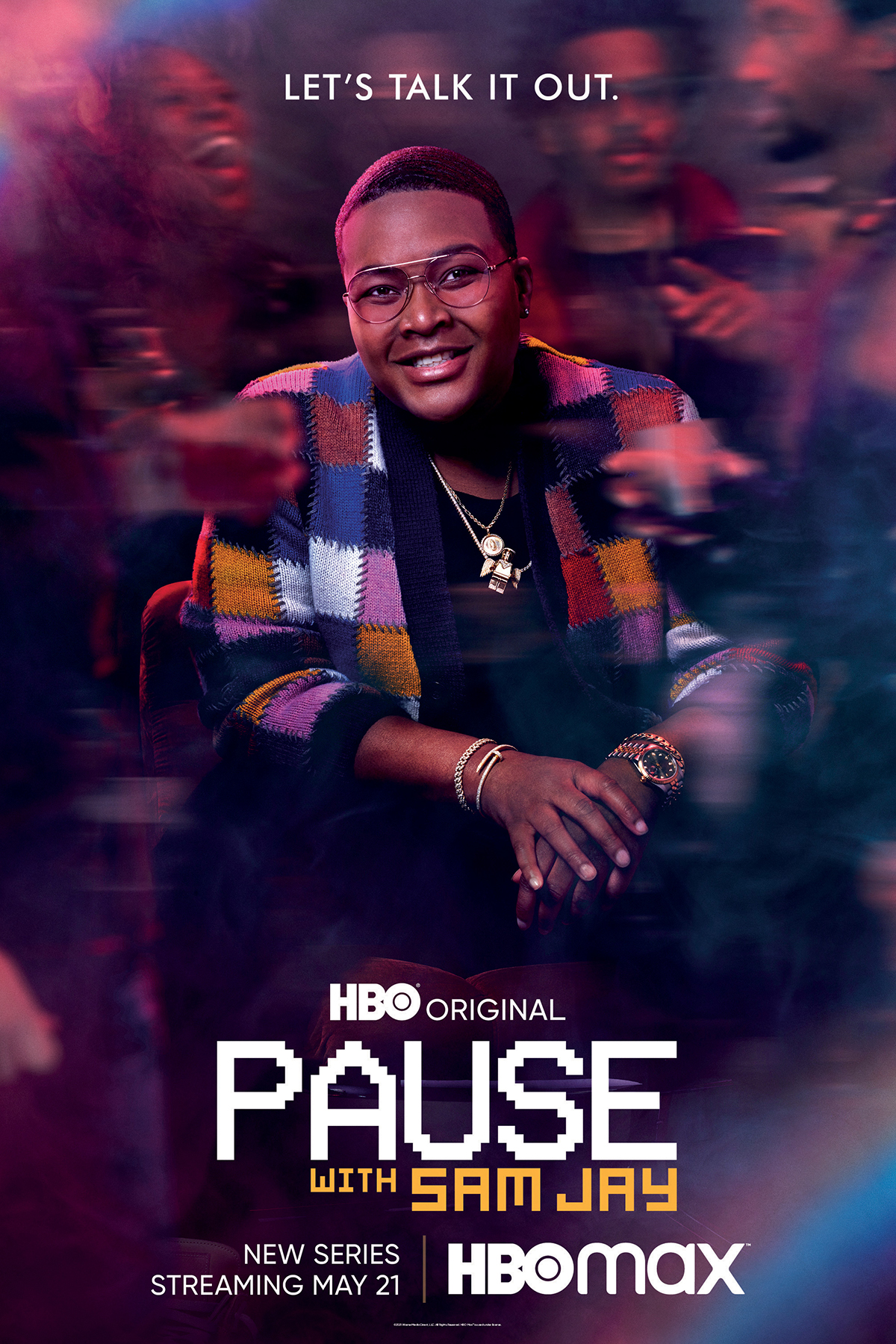