The talented star, who played Polly Gray in the BBC drama, passed away on Friday after a battle against cancer. 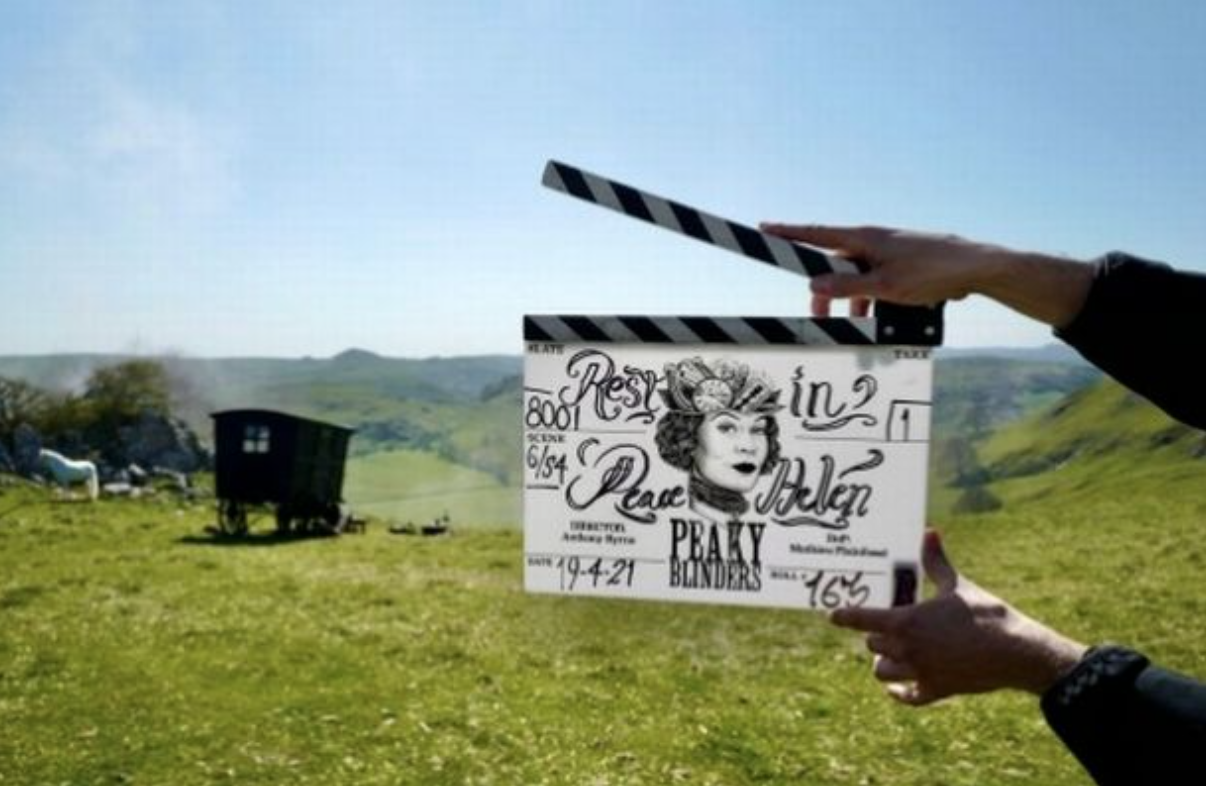 The touching tribute was revealed on the BBC's Instagram account, with Helen's former colleagues using a clapperboard painted with an image of her face alongside the words "rest in peace Helen".

The whiteboard – used to mark scenes during filming – showed Helen in her role as Aunt Polly.

The snap was taken by Peaky Blinders director Anthony Byrne, who also shared his own words. 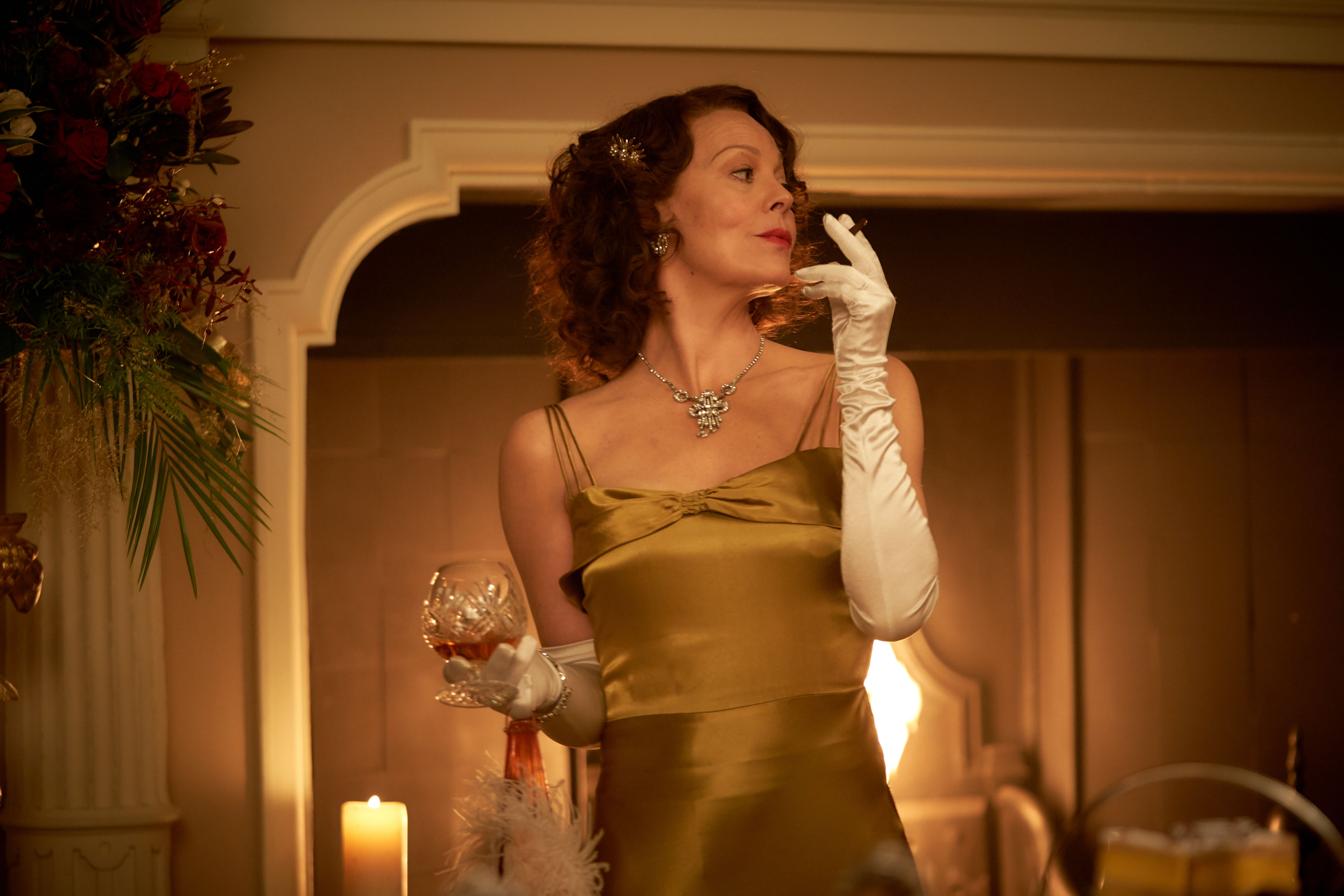 The grieving filmmaker posted the photo on his Instagram page and added: "Today was beautiful and strange and sad and surreal.

"We found ourselves in the most beautiful environment. The sun beating down on us and it felt ok. It was incredible but not surprising to read the many tributes and articles dedicated to Helen over the weekend."

He revealed how they came up with the fitting tribute to Helen – who was dedicated to her craft.

"This is our ‘A’ camera board and Polly Gray is always in front of our cameras. 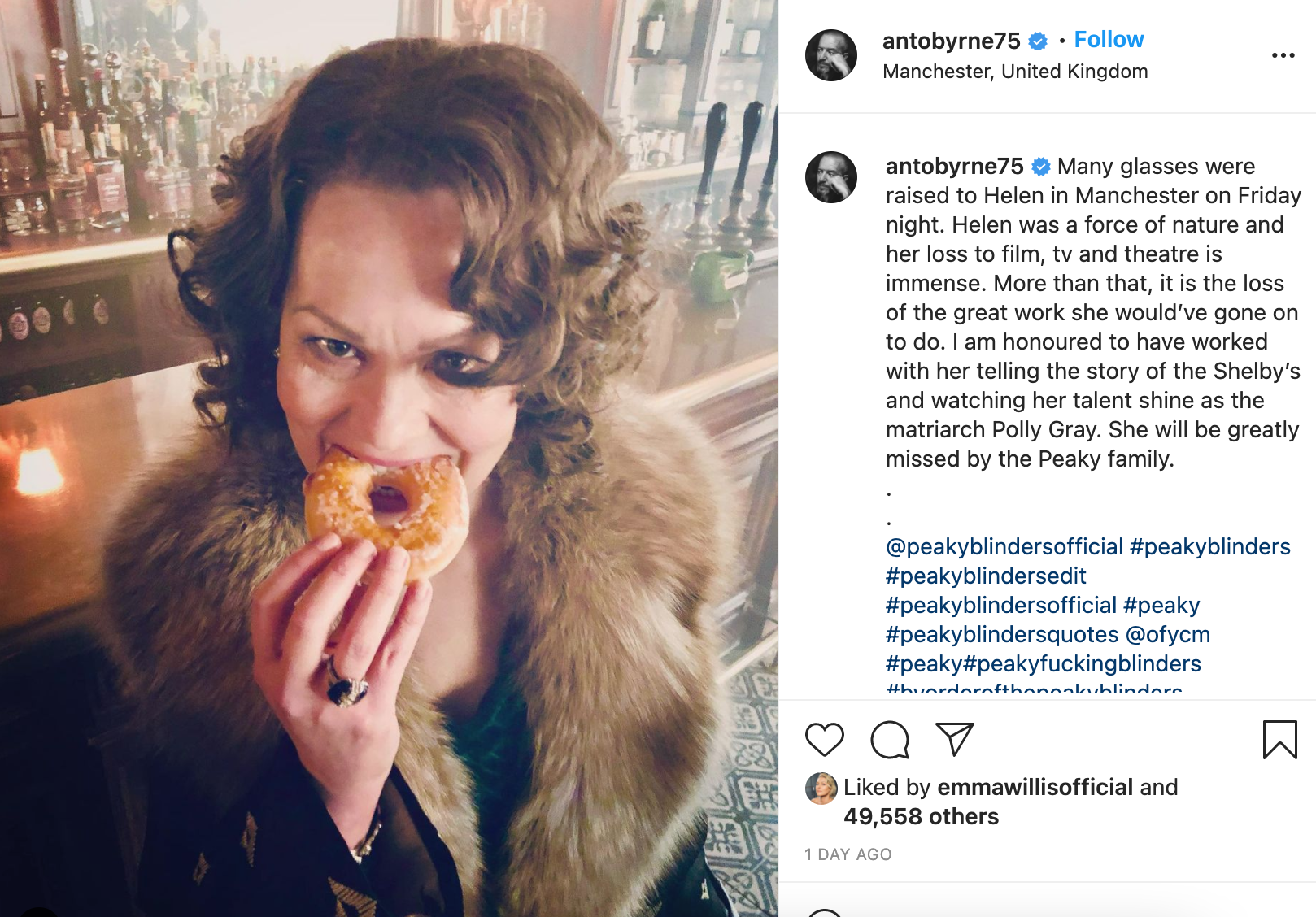 "This board was designed by @lo_marie_s a super talented tattoo artist in Manchester. It has meant a huge amount to me and the crew on Peaky to have an image of Helen on set with us everyday.

"Thanks to @francesca.caterina for marking up the clapper board like that. @peakyblindersofficial."

Helen, awarded the OBE in 2017, also starred in the Harry Potter franchise and as Cherie Blair in two films.

She showed signs of her illness on ITV's Good Morning Britain last month when she and husband Damian Lewis were discussing their involvement with the Prince's Trust.

Presenter Kate Garraway asked if she was "all right" and referenced her "croaky voice".

The couple, who have a daughter Manon, 14, and son Gulliver, 13, led fundraising efforts to provide hot meals for NHS staff in the pandemic.

Their work led to almost £1million in donations to the Feed NHS scheme, and partnerships with chains including Leon and Wasabi.