The Good Morning Britain host, 55, got into a heated discussion with the eco-warrior about why she decided to stop papers – including The Sun – from being delivered across the country over the weekend. 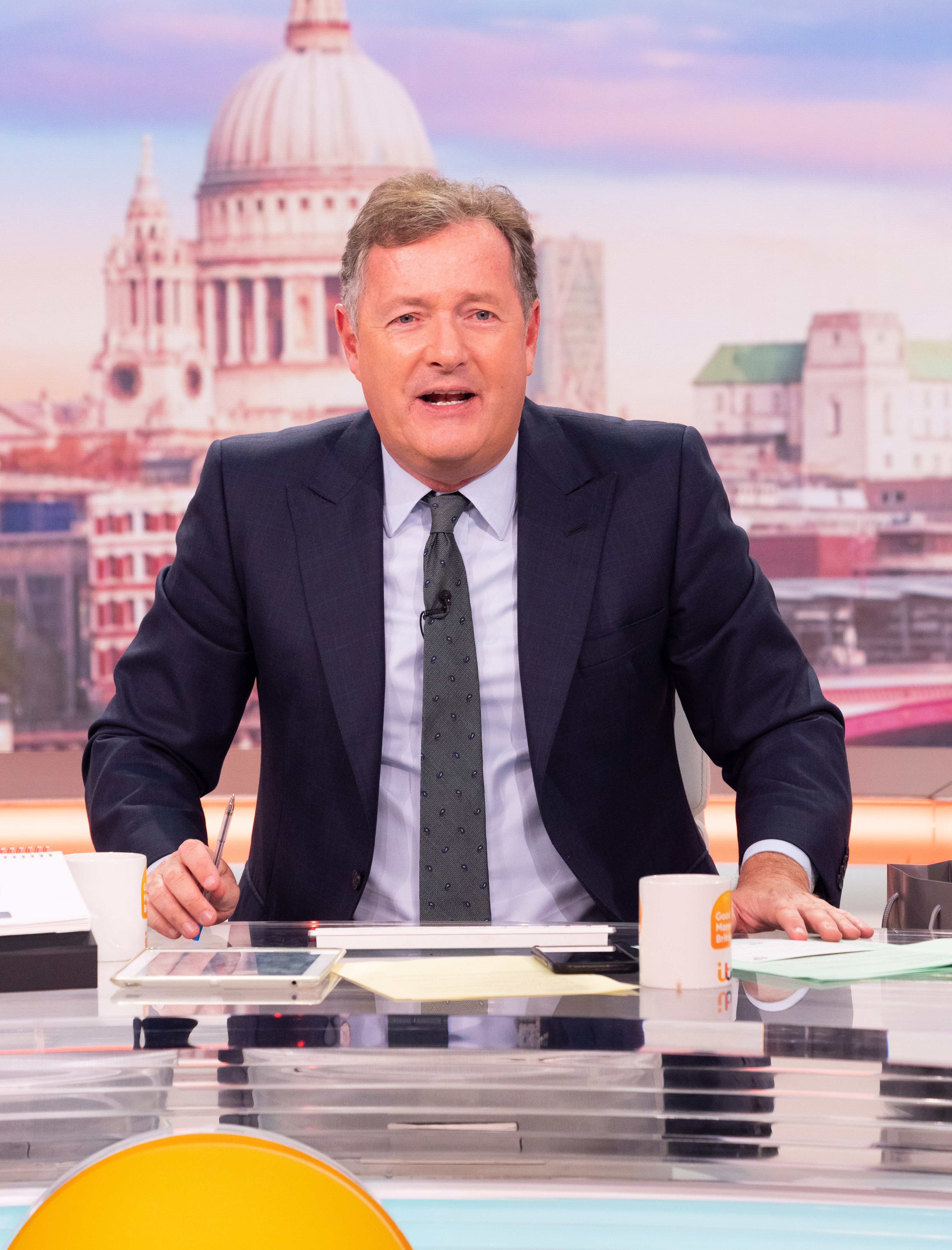 During a segment on the GMB this morning, Piers got the chance to question Clare on their "shameful attempt to suppress free speech".

Speaking directly to Clare, Piers said: "What I was most curious about, one of your targets to stop coming out was The Sun newspaper, owned by Rupert Murdoch, in that edition of The Sun, there was a whole page by Sir David Attenborough warning about climate change, the very thing that you accused the papers of not doing and ignoring…

"They didn't get to read it because you and your protestors stopped that paper being able to be given to its readers. 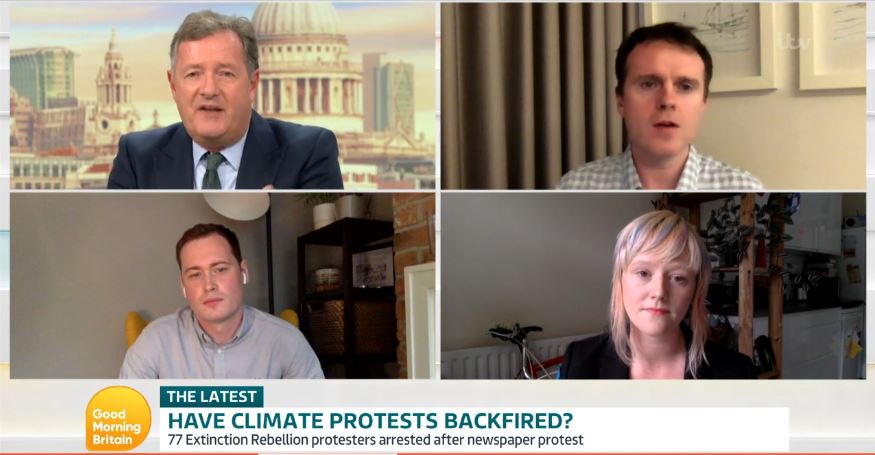 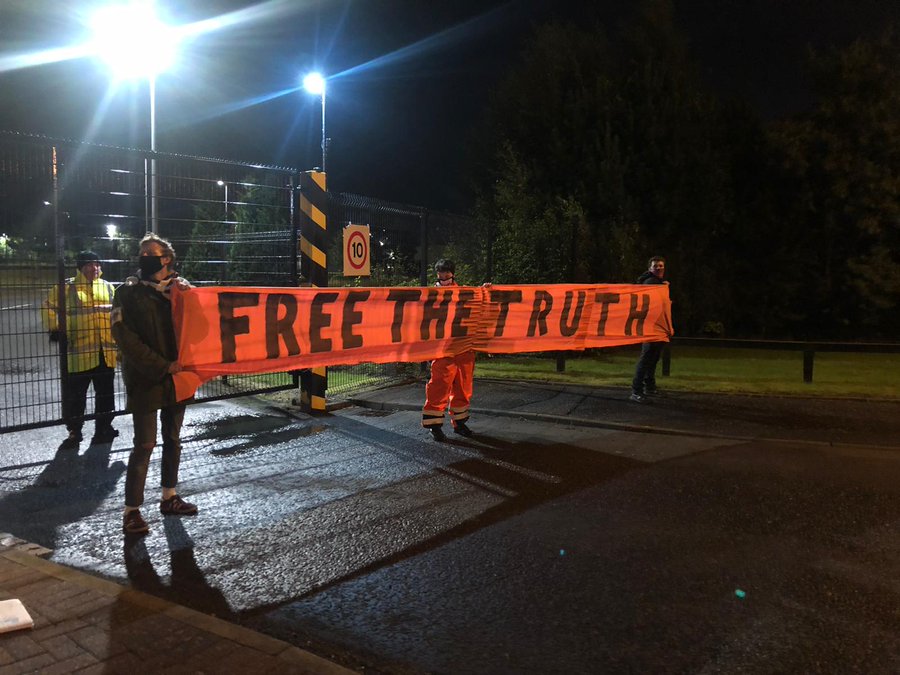 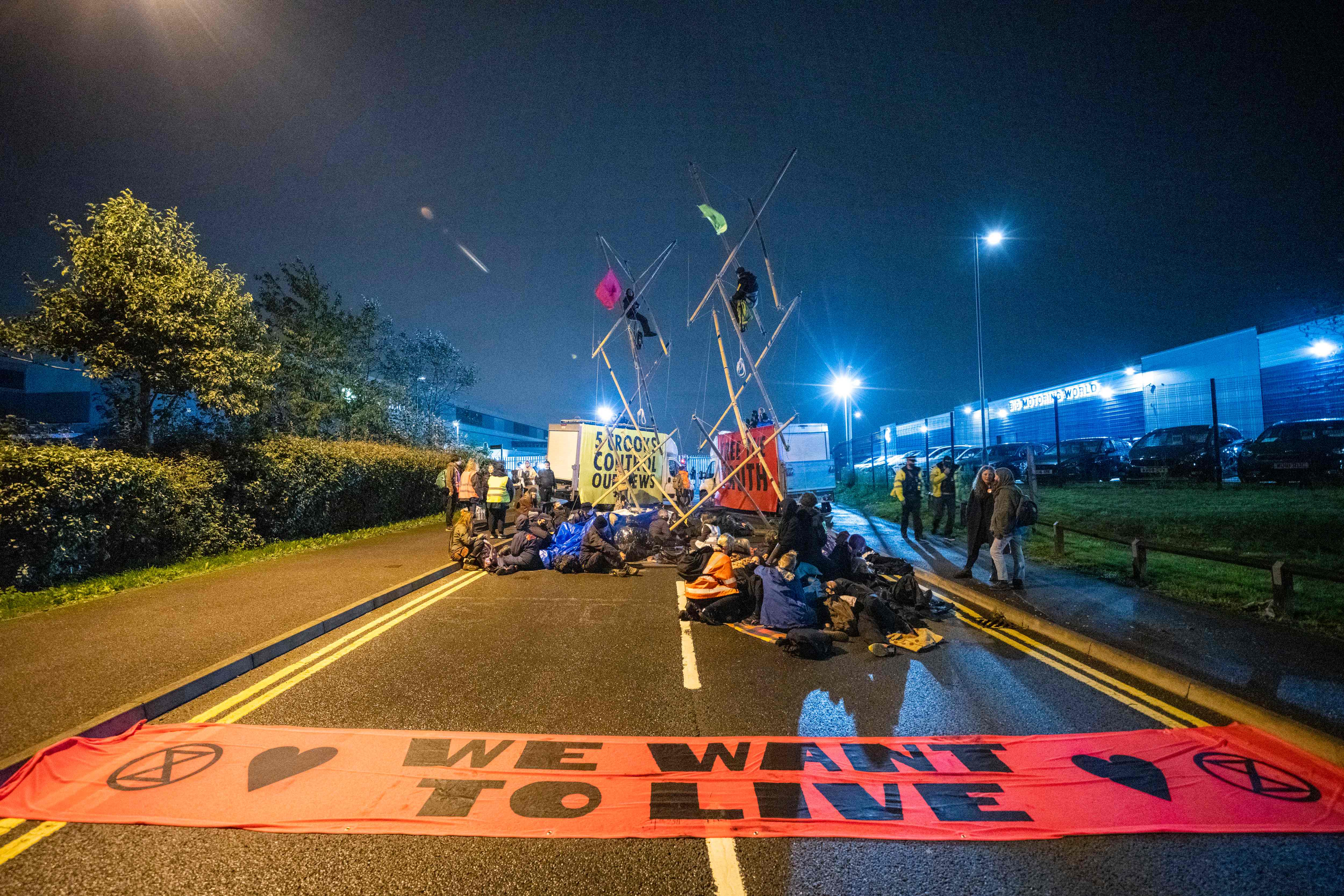 "Can you explain on any level why that isn't utterly ridiculous?"

Clare replied: "Of course we don't know what The Sun are about to print the day before do we? It wasn't targeting in that way at all."

Before adding: "When we were told 30 years ago absolutely you must reduce your carbon emissions otherwise humanity faces an existential threat, it will be catastrophic, you know, when we were told that how well was that reported?

"How much have people focused on it over the last 30 years, how much of the press taking the government to task on the fact that they're not educating people, they're not de-harmonising the economy, they don't have a plan. 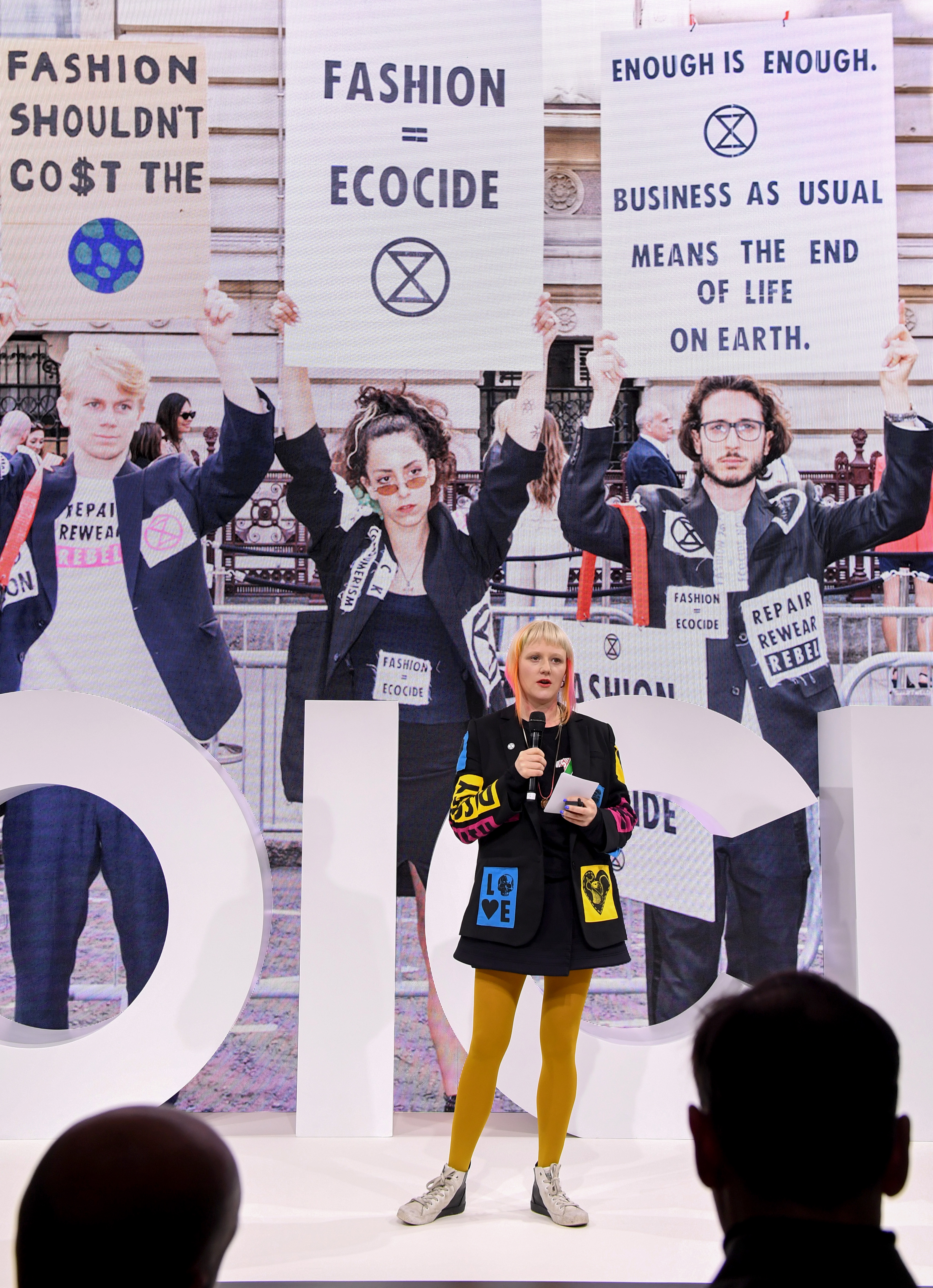 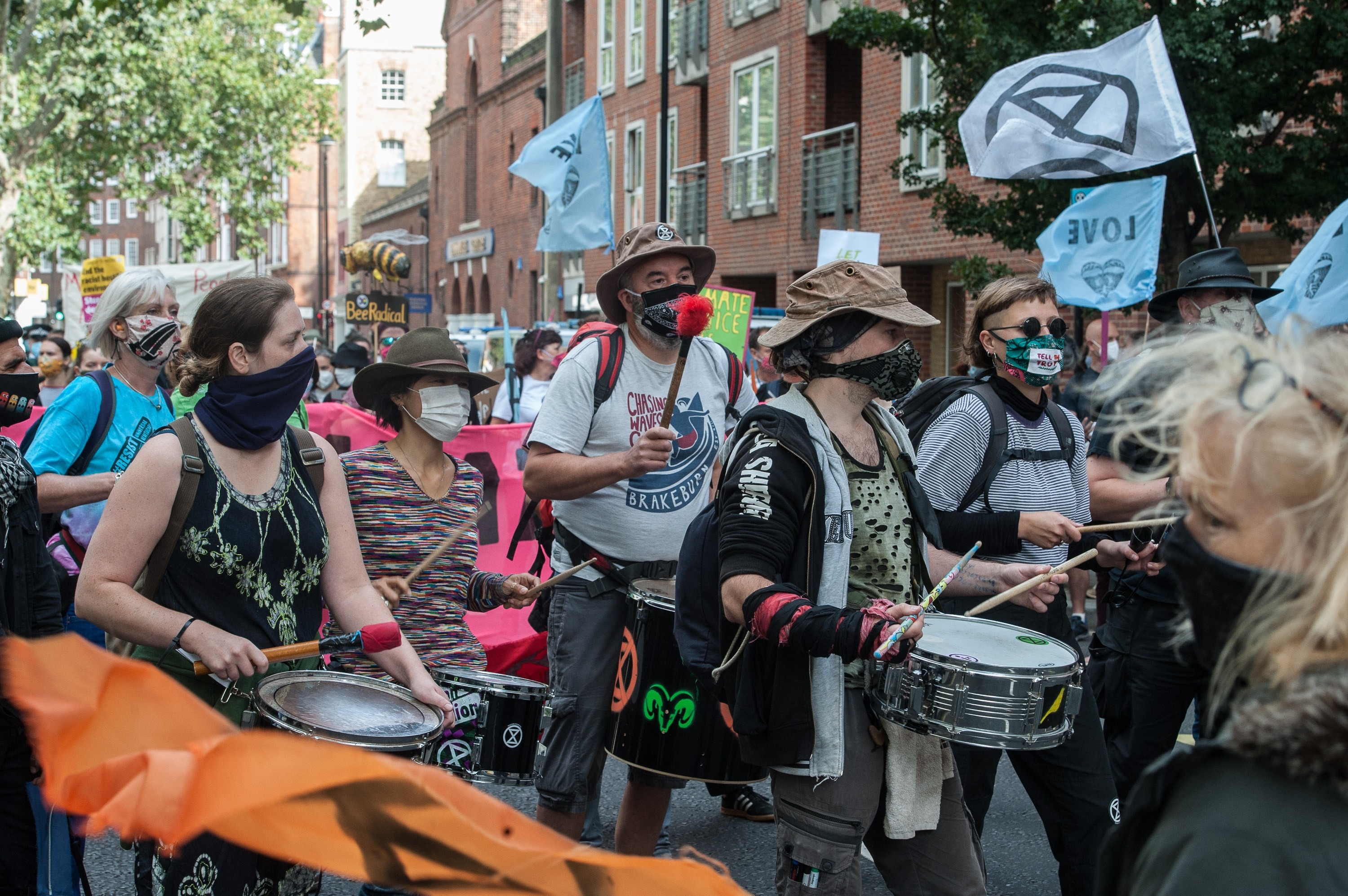 "How much does the media help with this?"

Piers butted in and said: "You've got a nice wooden thing behind you, whats that made of?"

In shock, Claire replied: "Oh Piers, don't do this. You did to this with Skeena about TV, it's stupid."

Piers simply replied: "I'm just asking you a question, what's it made of?" 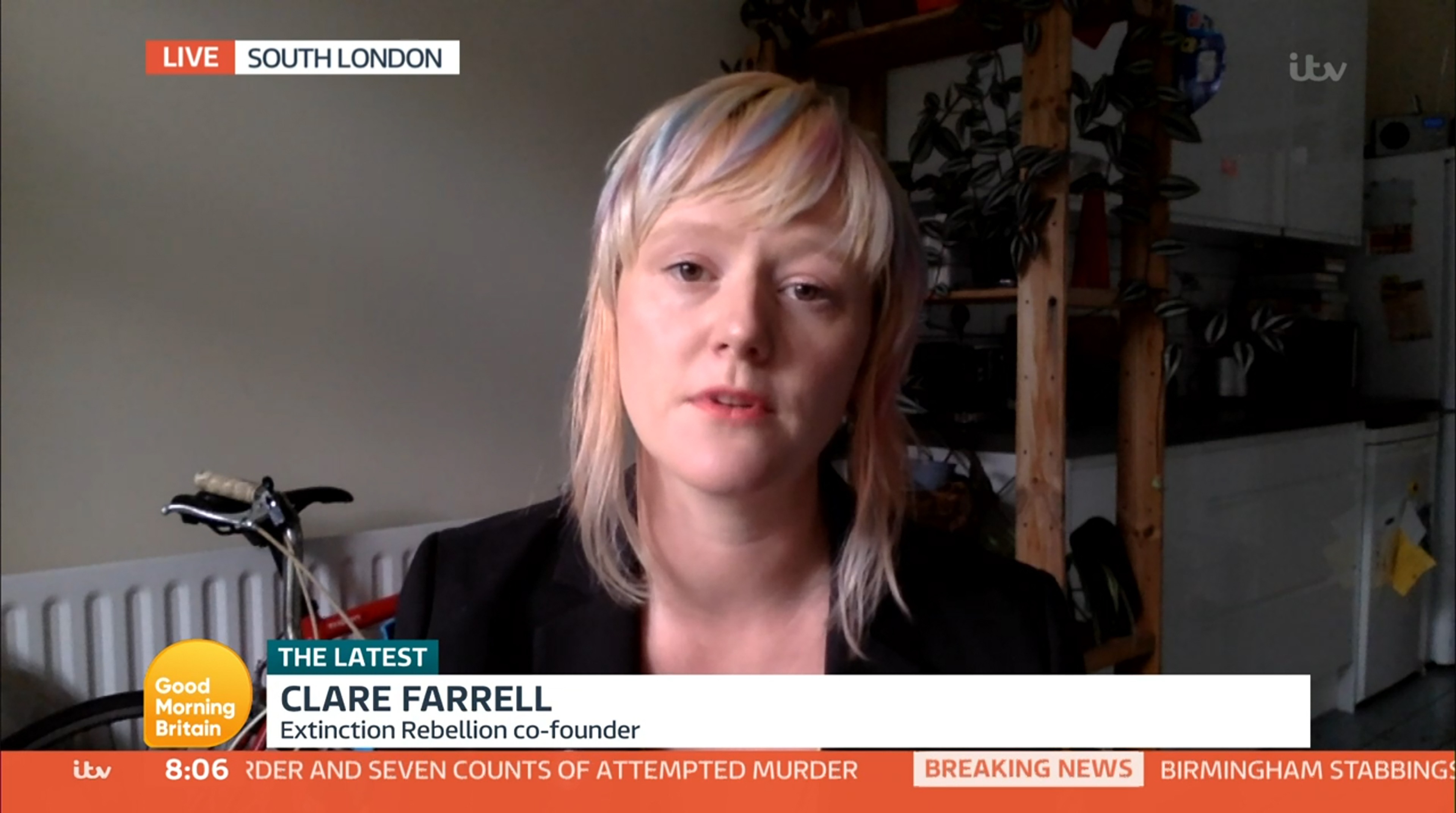 Shocked about the question, Claire asked: "Are you talking about a set of shelves behind me Piers?"

He went on to ask: "How many trees have you destroyed for that?"

"Don't be stupid," the environmentalist replied.

Piers then went on to say that the members of the movement don't follow their rules, and used her wooden shelf in the background to back it up. 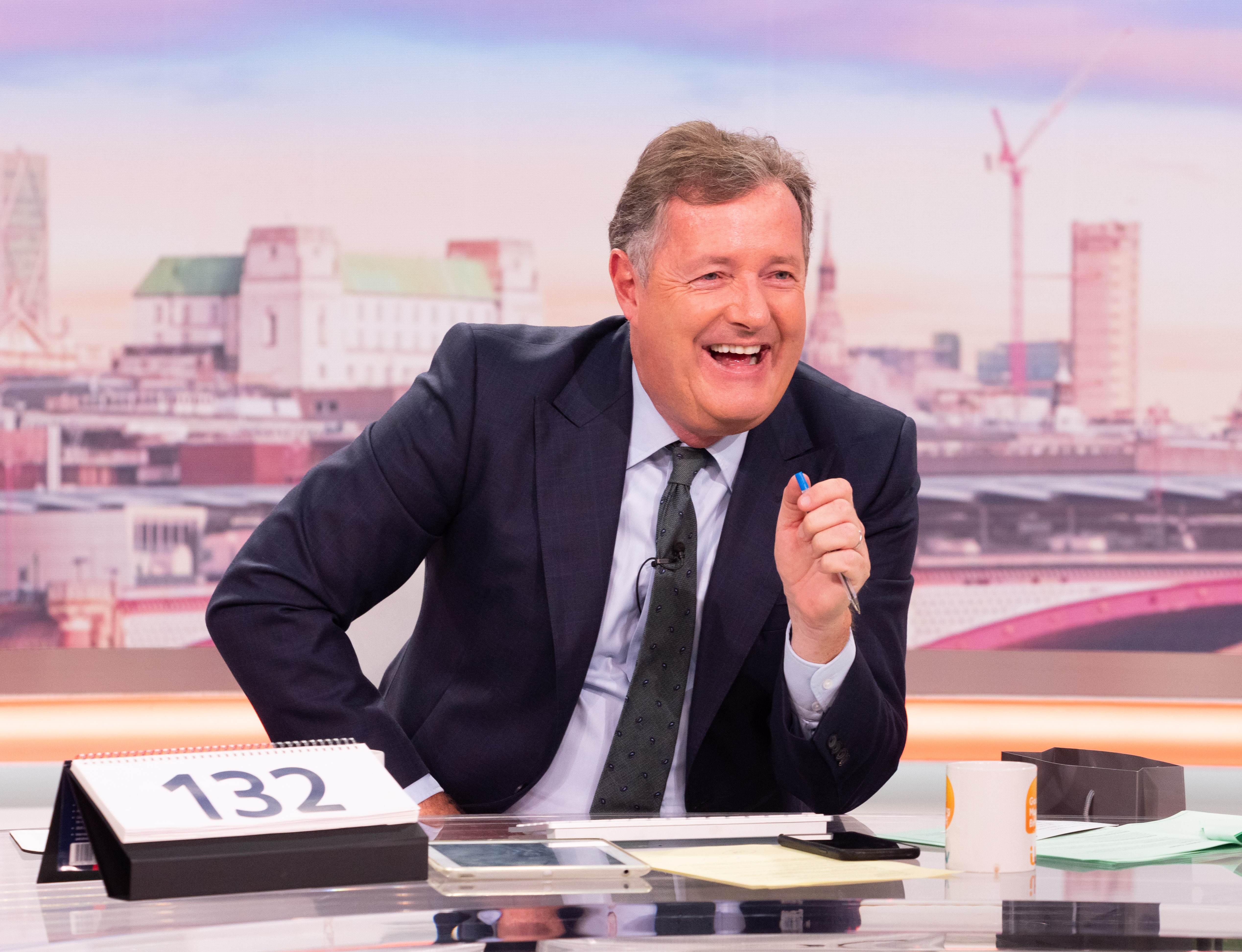 Piers added: "None of you actually practice what you preach do you?

"You all guzzle power, you all have wooden shelving from Ikea or whatever, you all do the opposite actually of what you preach to the rest of us.

"If you're going to shut down newspapers, which I love and I have worked in for a lot of my life, I'm entitled to ask you where you get all of your wooden ornaments from aren't I?

"And you don't want to answer because it's embarrassing because you don't practice what you preach!" 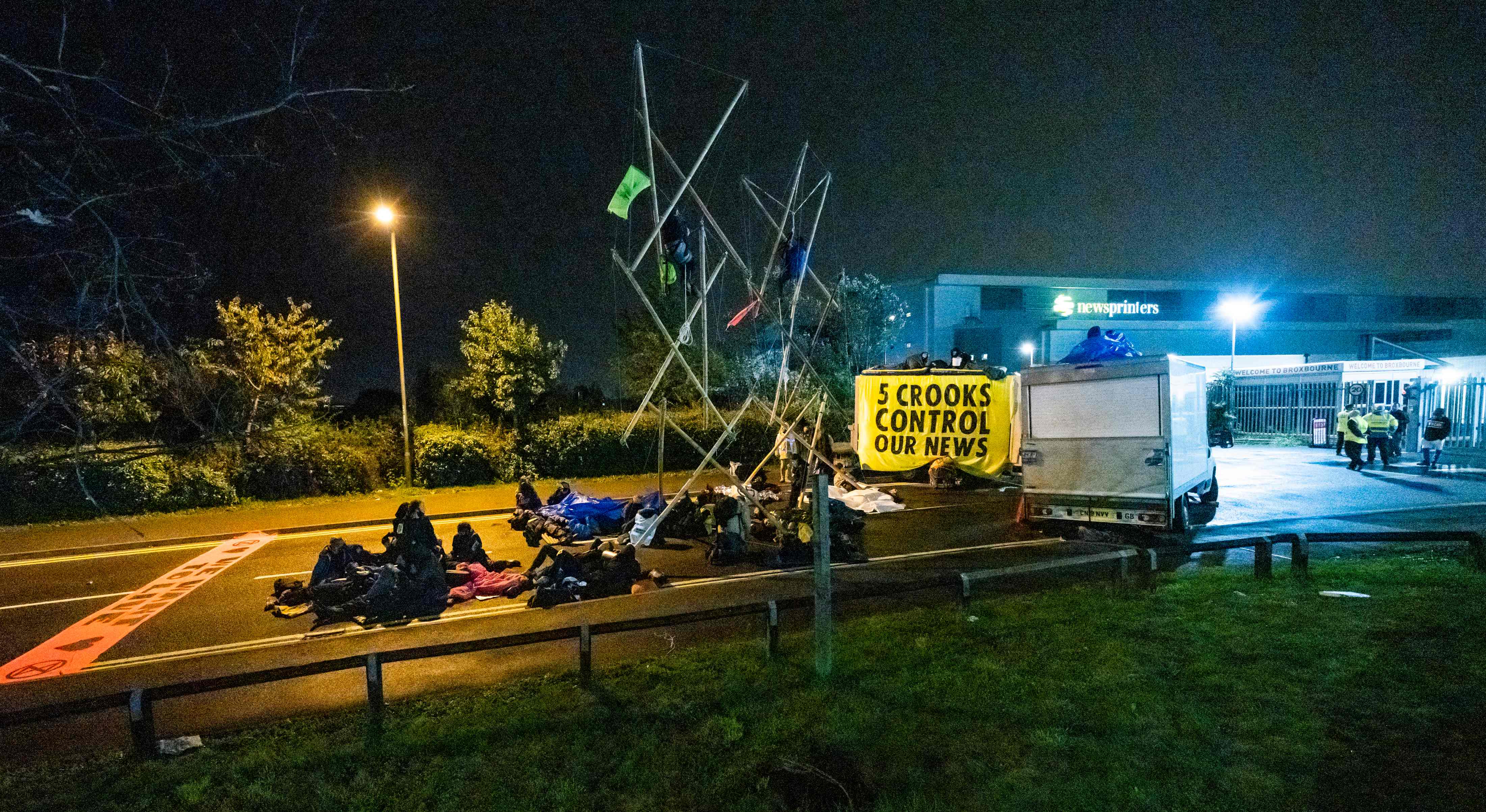 "I just asked you a question and you refused to answer.

"How can I uncover the truth if you don't answer the question? Where did the ornament come from?," Piers went on to ask.

"Piers, I live in a shared house. I don't own the furniture in this house," Clare clapped back.

The heated chat comes after Extinction Rebellion protesters stopped newspapers being delivered all around the UK in a big to tackle climate problems.

Eco-warriors blocked roads near printworks in Broxbourne, Hertfordshire, Knowsley near Liverpool and close to Glasgow, despite their campaigns to tackle the ongoing crisis.

The protest went ahead, despite The Sun today running a comment piece from Sir David Attenborough urging the public to take the opportunity to tackle the climate crisis.

The eco-group said its aim was to "maintain the block and prevent these papers reaching newsstands" in a bid to “take on the titans of the media industry.”

But The Sun blasted the demonstration, calling it an “attack on the free press”.