On today’s Good Morning Britain, Piers Morgan and Susanna Reid welcomed Perez Hilton onto the show via video link from the US. The topic of conversation for much of the interview focussed on Donald Trump, who is now back at the White House as he battles coronavirus, and whether Meghan Markle could take over as President.

As the interview came to an end, Perez was asked if he was ever confused with Paris Hilton.

He admitted he is often asked if they are related and he often jokes she is his niece.

It was at that moment Piers decided to share a wedding anecdote regarding the heiress.

“She’s still my wife technically, we got married in a chapel in Vegas for a TV show,” Piers revealed. 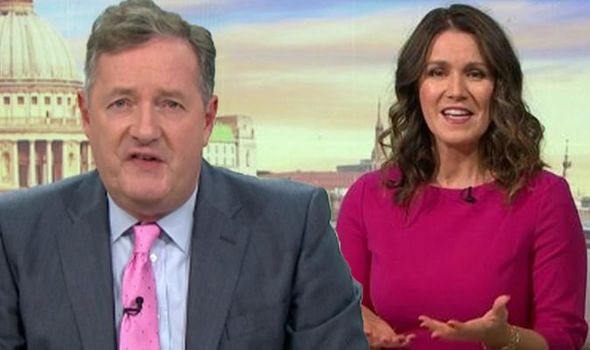 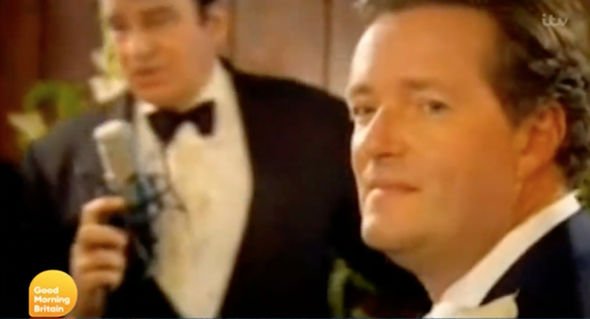 Momentarily speechless, Susanna asked: “Does that mean you are a bigamist?”

“True story, there’s a video of it,” Piers continued ignoring his co-host.

“We had an Elvis lookalike, a Frank Sinatra lookalike, we had a Marilyn Monroe lookalike. We’ll get the video out, we’ll play it to remind people.”

Susanna looked unimpressed as he added: “I got married to Paris Hilton, she wore a beautiful bridal gown.” 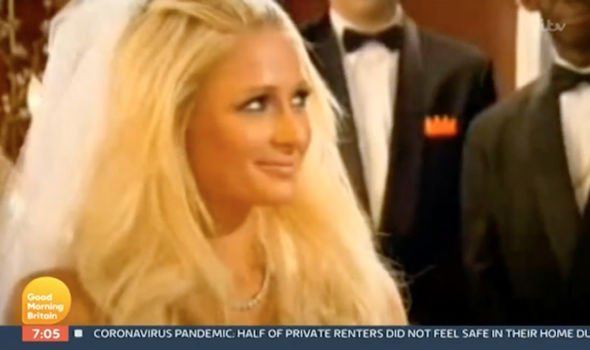 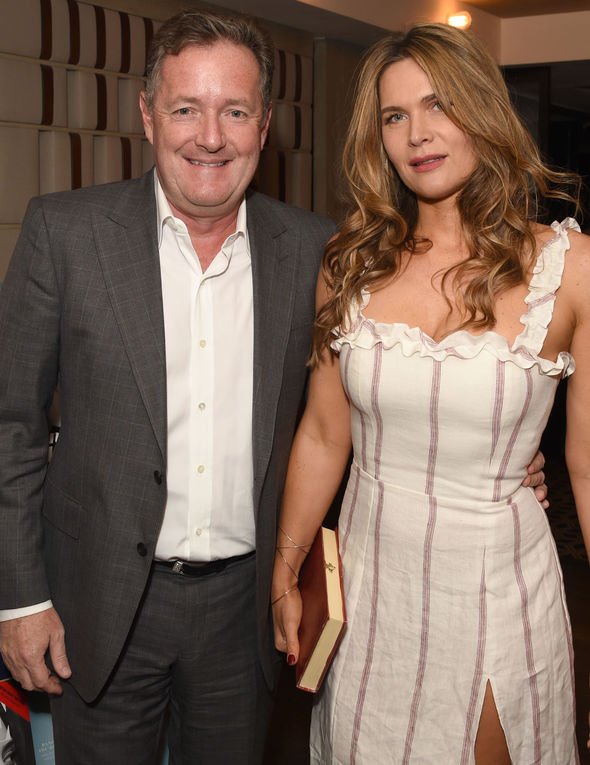 “And what did you wear?” Susanna probed.

Piers once more didn’t acknowledge his co-host’s question, continued: “One she had never worn before of course, she brought her little dog with her.

“I got to kiss the bride and we exchanged rings. My actual wife was a little bit bemused.

“Here it is, we’re watching it now. Turn the volume up.”

Piers was referring to his documentary for ITV 10 years ago called Piers Morgan On… Las Vegas, which saw him head to the Little Church of the West.

The ceremony, which was not official, took place not long after the television presented announced his engagement to wife Celia Walden.

In a clip shown on Good Morning Britain, Paris could be seen in a white dress walking down the aisle where Piers was waiting for her.

Watching on was an Elvis Presley impersonator and a Marilyn Monroe lookalike.

Following the ceremony, Paris was heard telling her new ”husband”: “Remember Piers, what happens in Vegas, stays in Vegas.”

Elsewhere on Good Morning Britain today, Piers slammed Donald Trump as “desperate” after he claimed he had beaten coronavirus.

The presenter raged: “He’s not a role model, he’s become an anti-role model from this virus hasn’t he.”

He added: “It is the most tone deaf response imaginable. I wish I could say I was surprised but he’s way behind in the polls.”

Good Morning Britain airs weekdays on ITV at 6am.