Prince Harry and Meghan Markle Are Having a Girl

Read some of Sunday’s biggest moments from Oprah interview here 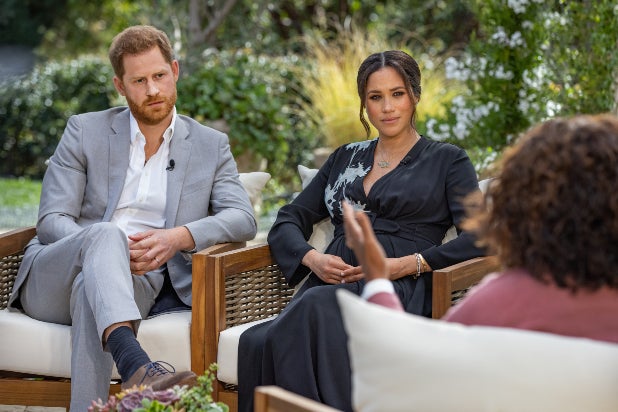 Meghan Markle and Prince Harry blew up the internet, and likely Sunday’s TV ratings, with their primetime CBS interview with Oprah Winfrey.

The two-hour special featured shocker after shocker — we hope you didn’t take a bathroom break.

But just in case you did, we’ve got you covered…

For starters, the former “Suits” star said unidentified members of the royal family expressed concern about the skin color of their (at the time) unborn son, Archie.

Markle, whose mom is Black, declined to identify the royal family members, adding, “I think that would be very damaging to them.”

The duchess of Sussex also added that the concerns were not raised directly to her but to Prince Harry.

Later, Markle told Oprah that she had thoughts of suicide.

“I just didn’t see a solution,” Meghan said, referencing the constant tabloid rumors and attention and scrutiny. “I realized it was all happening just because I was breathing. I was really ashamed to say it at the time and ashamed to admit it to Harry, especially because I knew he had suffered. But I knew that if I didn’t say it — then I would do it. I just didn’t want to be alive anymore. That was clear and real and frightening and constant thought.”

According to Markle, she attempted to get help for her mental health, which the Palace made extraordinarily difficult. “I went to one of the most senior people to get help,” she said, asserting that she was told “there is nothing we can do to help you because you are not a paid member of the institution” and that she couldn’t get treatment because “it wouldn’t be good for the institution.”

OK, so this one might not be “shocking,” it’s a 50/50 thing, but when Harry joined the interview he was given the pleasure of announcing that Archie’s younger sibling is going to be a girl.