'Queer as Folk' Reboot Ordered to Series at Peacock

New version will be set in New Orleans 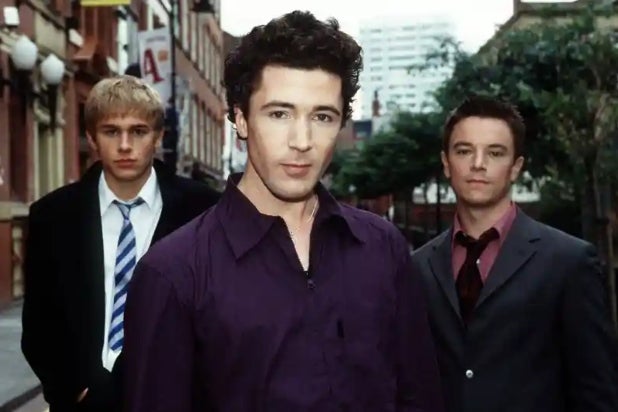 Peacock has ordered the reboot of “Queer as Folk” to series, which had been in development since 2018.

The Peacock version is described as a vibrant reimagining of the groundbreaking British series created by Russell T. Davies, exploring a diverse group of friends in New Orleans whose lives are transformed in the aftermath of a tragedy.

Davis will executive produce, and Stephen Dunn will create and write the series. Dunn will also direct the pilot episode. The series is from UCP, a division of Universal Studio Group. Additional executive producers include Lee Eisenberg, Emily Brecht, Nicola Shindler and Richard Halliwell on behalf of NENT Studios UK, which distributes the format.

“Queer as Folk” has already been adapted for North American audiences once before, with a Pittsburgh-set adaptation running for five seasons on Showtime and the Canadian network Showcase from 2000 to 2005.

“‘Queer as Folk’ was more than just a show, it was a ground-breaking and necessary voice for so many people. Stephen’s new version for Peacock arrives at yet another pivotal moment in our culture,” Lisa Katz, president of scripted content for NBCUniversal Television and Streaming, said. “Alex Sepiol, EVP of drama programming, and his team have championed this project from the first moment it landed on their desks, working to ensure the script became the series we’re announcing today. The entire team is so excited to be a part of introducing a new generation to this type of authentic and affirming storytelling.”

“It is a surreal honour to adapt the notoriously groundbreaking series by Russell T. Davies. When the show originally aired, the idea of unapologetic queer stories on TV was so provocative that I felt I could only watch QUEER AS FOLK in secret,” Dunn said. “But so much has changed in the last 20 years and how wonderful would it be if the next generation didn’t have to watch QUEER AS FOLK alone in their dank basements with the sound muted, but with their family and friends and the volume cranked all the way to the max…”

“Queer as Folk” was initially set up at Bravo before being moved over to Peacock in 2019.