Hi there, spoilers for Katie Thurston’s season of The Bachelorette are ahead! Don’t keep reading if you don’t want to know what happens!

There are just a few more episodes left of Katie Thurston’s Bachelorette season, and at this point you’re probably well aware that she ends up—SPOILER!!!!!—engaged to Blake Moynes. Which, sure, but inquiring minds want to know what TF happens between Katie and Greg Grippo, because their chemistry has also been off the charts this season.

According to Reality Steve, things are about to get real awkward between Katie and Greg, by which I mean they get into a massive argument after he goes to her room to chat about the fact that he “felt he got some sort of assurance from Katie he was the one, or felt he’d be picked, yet he couldn’t understand why she was still involved with other men.” 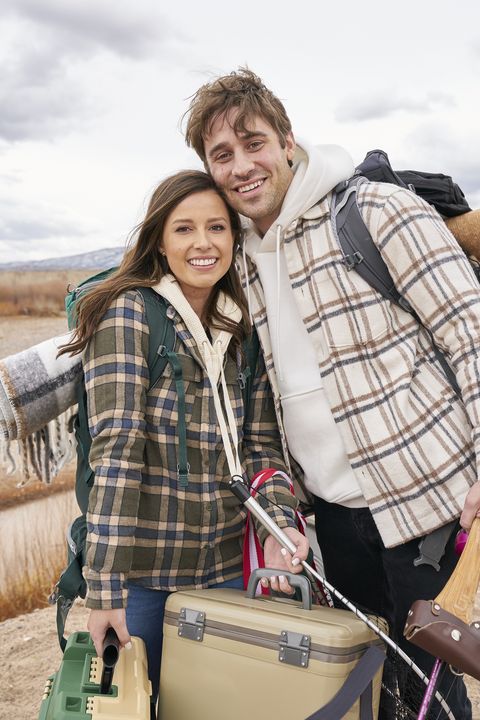 Greg’s exit from the show will reportedly not be “pretty” and it’s a full blown “meltdown” situation. Steve reports that “this is basically a fight that they have. A fight that kinda goes back and forth. He talks to her, leaves, then she goes to talk to him, then one storms off, and it just keeps going. I’ve been told the two of them kept going back and forth at each other ‘for hours.'”

The “blowout fight” happens during a day off between the overnight dates, and causes Greg to leave the show. Reality Steve says that “Greg is having a real hard time understanding why she’d want to be with anyone else, and it escalates from there. So much so I’ve been told ‘it’s the worst fight we’ve ever seen on this show.'”

Apparently, both parties raised their voices and cried during the conversation, but TBD on exactly how much of this we’ll see on screen. Stay tuned I guess 😶.