When Sarah Levy saw her brother posting online cooking classes during quarantine, she knew it was the end of the world. “Cooking is not his strong suit, nor does he enjoy it,” she told me over the phone from Los Angeles. “So to see him getting into it is like hell froze over this week.” Levy’s brother, of course, is Dan Levy, the creator and star of Schitt’s Creek, the Pop TV sitcom about a wealthy family who loses their fortune and moves to a town they bought as a joke. By now, though, you know it’s so much more than that.

While we waited for her costar Annie Murphy to join the call from Ottawa, Canada, Levy—who has been playing Twyla, Café Tropical’s only waitress, for the past six seasons of Schitt’s Creek—filled me in on how she keeps busy with her fiancé during this bizarre, world-changing time. It involves puzzles, pizza kits, and cooking chickpea tinga, an activity she actually enjoys, unlike some people.

When Murphy—whom you know as the kinda flighty, mostly brilliant Alexis Rose on the show—joins the call soon after, it’s with a boisterous announcement that she is, in fact, wearing jeans. Shockingly, so is Levy. “I literally put on, like, a real outfit. I thought I’d dress up for this interview,” Levy says. “It makes me feel like I'm going somewhere.”

The conversation naturally turns to what everyone’s watching while they stay in their homes (Murphy just finished The Stranger, while Levy is obsessed with McMillions). When the question circles back to me, I’m forced to admit that the only nonfiction series I can bear to watch right now is Schitt’s Creek—trust me, this is mortifying since I go to great lengths not to sound like the fangirl I am. Still, I’m not about to lie.

There’s something about this utopian series, where every heartache is soothed within the episode’s 30-minute timeline, that is carrying me through this incredibly dark moment in history. The same is especially true of the series’ second-to-last episode that aired this week, “Start Spreading the News,” in which the Roses prepare to go their separate ways and say their respective goodbyes—at least for now. (Careful: A few spoilers ahead.)

The most bittersweet “until next time,” however, didn’t happen between Moira (Catherine O’Hara) and the Jazzagals or David (Dan Levy) and Stevie (Emily Hampshire), who was able to convince her best friend to stay in the small town. Instead, the moments of the episode that stuck with me were between low-key confidants Alexis and Twyla—who, it turns out, has been a mega-millionaire this whole time. She just, you know, didn’t wanna rub it in. 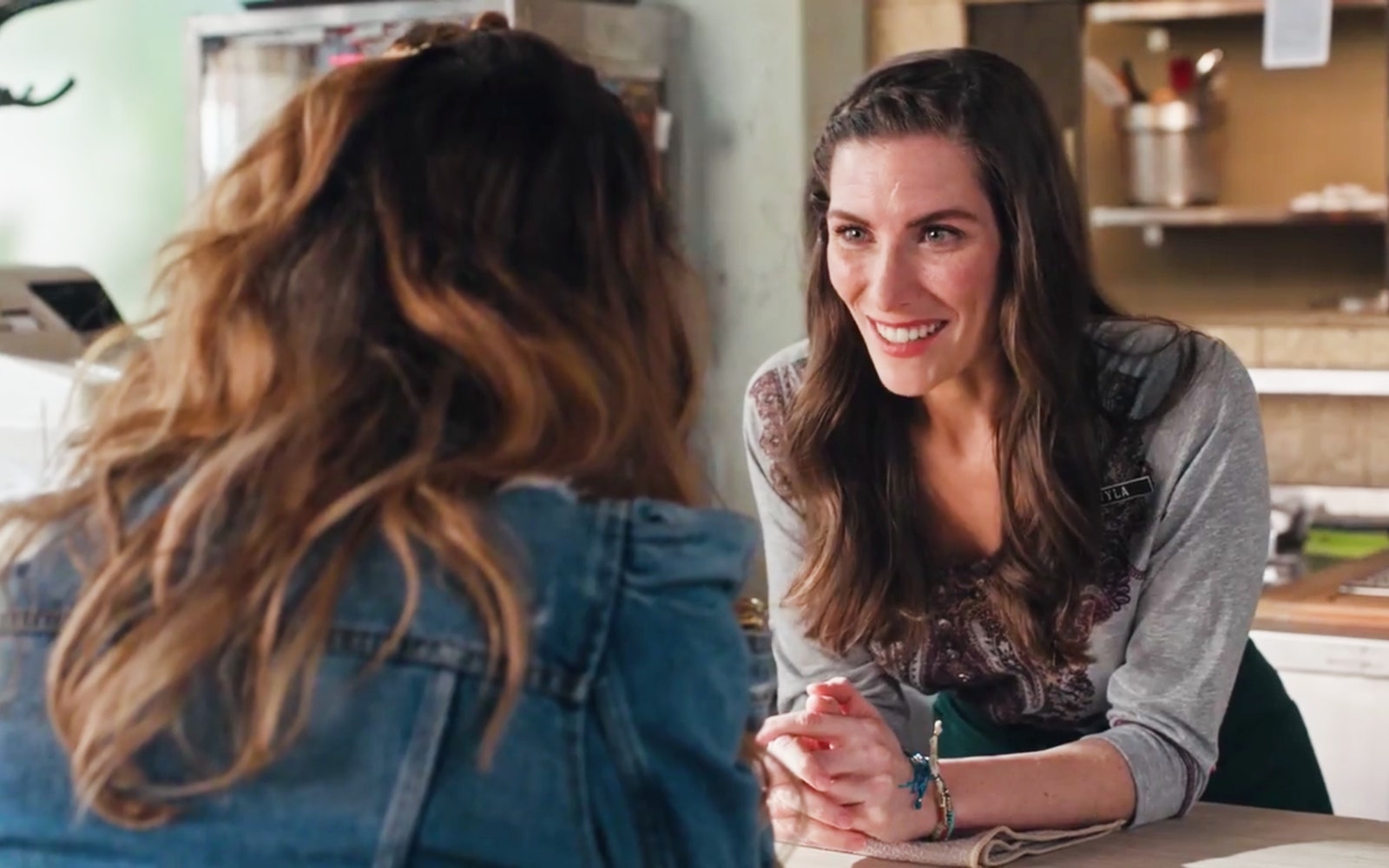 After this heartwarming reveal at the cafe, when Alexis encourages her friend to spend her money on things that will make her smile (something we all could use more of right now), Twyla shows up at Alexis’s motel room to say she’s bought the cafe. “It’s something that will make me smile,” Twyla says. Reader, I sobbed.

However, when Twyla then offers Alexis a check to help make her way in NYC, the budding PR guru turns it down. “If I’m going to do this on my own, I have to do this on my own,” she says, though she would like Twyla to use a little bit of that cash to come to visit her sometimes. Again, full-on sobs.

This show is important, especially at a time like this, and I’m not ready to say goodbye yet. Thankfully, talking with Levy and Murphy is making that transition a little easier to bear. So without further ado, the Schitt’s Creek stars on their final scenes together and how much money, exactly, Alexis turned down. You deserve this right now. 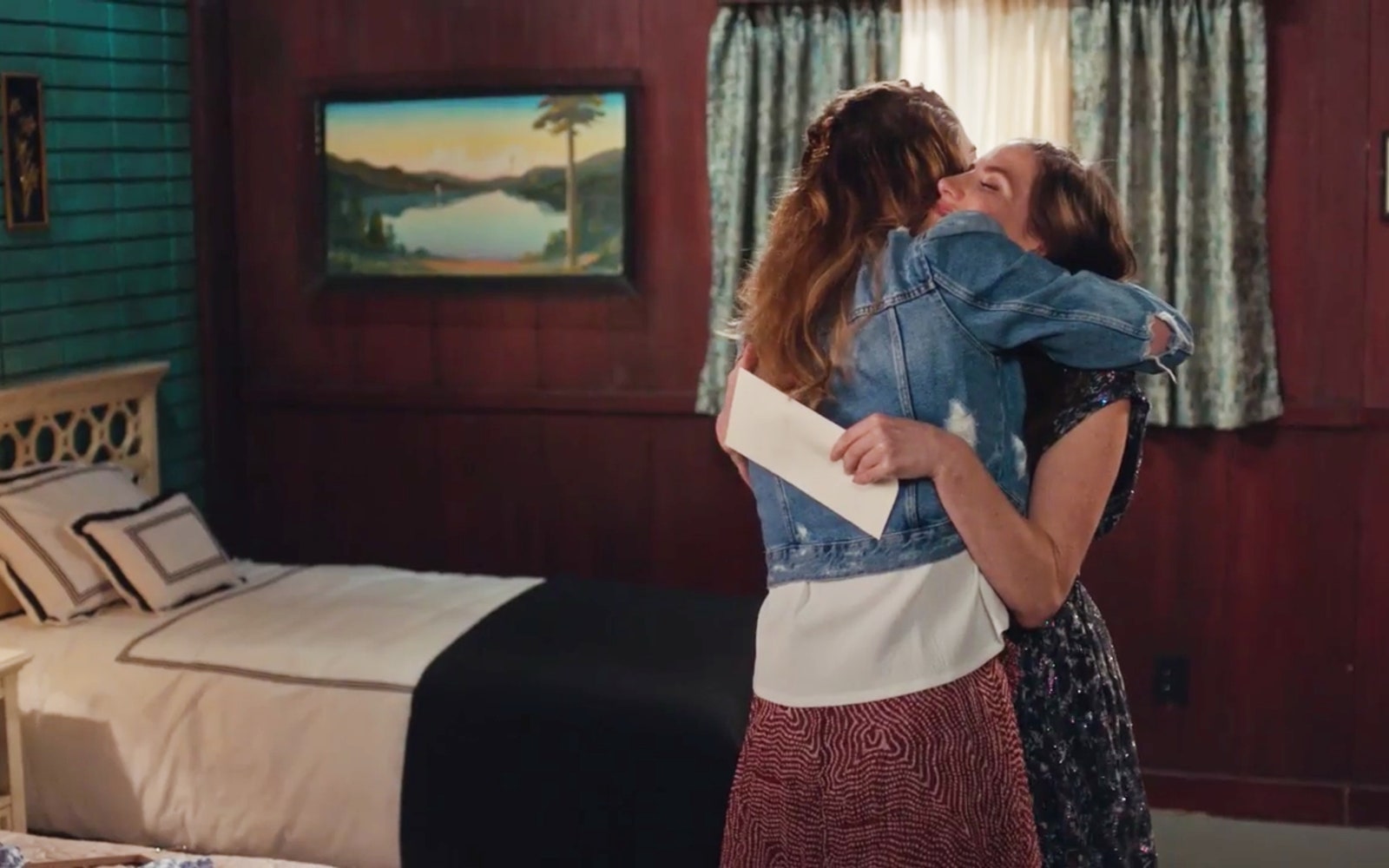 Glamour: What were your reactions when you read the final scenes between Twyla and Alexis?

Levy: Annie with a brick.

Murphy: I was like a brick that sweat just a tiny little bit out of its eyes from time to time. Sarah was a brick that had been dumped in the ocean and had taken on all of the water and had been wrung out at the table read. You were an adorable, sweet, sentimental mess. And I was inside. It was all there. I was just holding it in to piss Dan off.

Levy: That’s really what he wanted, for us to all cry—

Levy: —which I gave into.

Murphy: I think that the scene where we find out that Twyla has been sitting on bazillions of dollars for all of these years is so triumphant and made me fall in love with Twyla even more.

Let’s be honest, Twyla has helped Alexis much more than Alexis has helped Twyla. They’ve become such dear friends, and I genuinely think that Twyla is Alexis’s best friend. So I think that the way they got to say goodbye to each other was written so beautifully, was so perfect for both characters. That was a really weepy day.

Levy: Alexis has always seemingly had more power over Twyla because she was just this sweet girl in a cafe, but at the very end you really see this nice equality between the two of them. Both of them acknowledge what they’ve brought to each other’s lives and the relationship they want to have moving forward.

Sarah, during the episode Twyla had the line: “Being here, getting to hear your stories over the past few years, even the scary ones, that made me smile.” How has it been watching your brother and father create this series? Is it like that?

Levy: It has been extremely emotional. It’s not only a journey that I’ve been on and we’ve been on as a cast, coming together and getting to know one another so well, but having seen this from beginning to end…. I remember when Daniel was coming over to my parents’ house and they were writing the pilot presentation, when it was just the idea. To see it go from that to this, seemingly in the blink of an eye—so much has happened, but it feels like it all happened so fast.

Saying goodbye to that after this year is going to be hell. I’ve been feeling it even now, not being able to see my dad and my brother on a regular basis has been weird. I’m just so used to seeing them. It’s been a very strange experience, unlike anything I’ve ever had.

Okay, time to get serious. How much money did Alexis turn down from Twyla?

Murphy: When we got to set and Sarah was given the prop, she actually took it, looked at it, and was like, “What the fuck? This is bullshit.” She was so aggressively angry about the amount that Twyla chose to give away.

Levy: It just defeated the whole purpose of the generous gift! 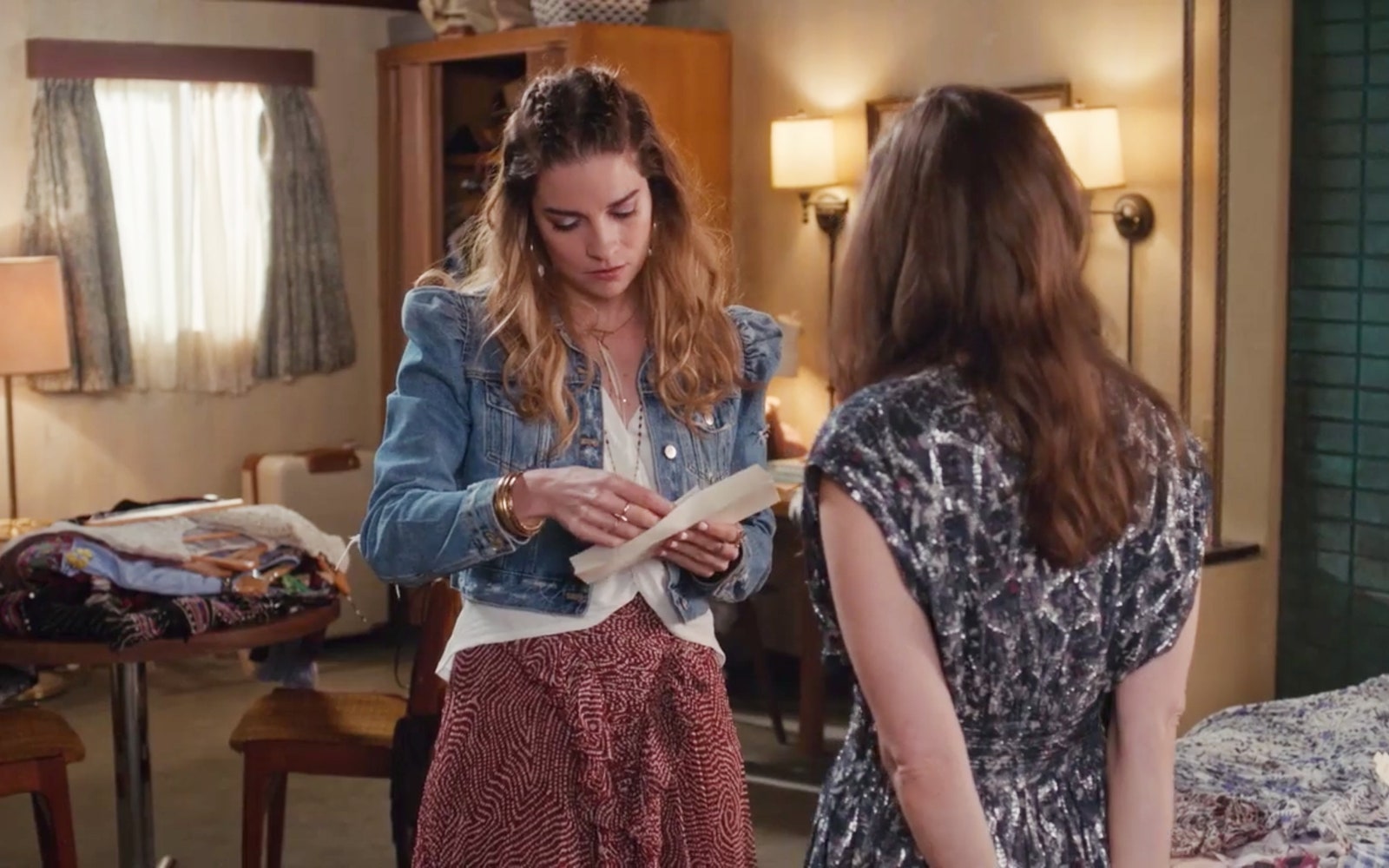 What did you want it to be?

Murphy: Sarah was so thrown by this cheap-ass number that between takes, she ran off set, found a pen, and then added an extraordinary amount of zeros to that number.

Levy: Honestly, I think I thought it was a million, but I think I wrote a billion by accident.

Murphy: I think that’s exactly what it was. I think it was $10,000 and then you added eight zeros, which made it way, way, way more money than Twyla had. Yeah, we’ve really fluctuated. We really, really ran the gamut. [Laughs.]

Levy: [Laughs.] Then we take a break and start shooting again, and props had changed it back to the number they first had!

I hear you two talking, and it seems like you have become very close friends. What is your relationship like, and how does it differ from Alexis and Twyla?

Levy: Annie has never thrown any muffins at me, but that remains to be seen. There’s a long, long friendship to be had.

Murphy: We had so much fun working together, and then kind of fell in love…that’s the expression, right? Because, you know, Sarah was in town for those few months, we tried to pack in as much social time together as we could. Now we’re many thousands of miles apart and feeling it, dude.

Levy: Especially this week. I texted Annie last week when the show was on: “I’m hurting right now, I’m missing you so much.”

I’m just a girl, standing in front of another girl, asking her to be best buds forever. Thanks for a great night @the.wing

Annie, do you have any favorite Alexis misadventure?

Murphy: Of the ones that I remember: when she’s held hostage on David Geffen’s yacht by Somali pirates. I like it the most because I picture that turning from a very, very shitty situation into a situation where literally everyone is having the time of their lives. Alexis makes friends with them, they teach each other different recipes, and they fall in love.

What have you two stolen from the set?

Levy: I took a menu, I took my name tag, I took a part of the chalkboard from the cafe.

Murphy: I’m so glad you did that. It’s in Sarah’s kitchen in L.A., and it looks perfect.

Levy: It makes me smile every time I look at it. The props master packed up a little box of cafe goods, so we have the milkshake maker and the mugs from the cafe and some plates and bowls. I drank from the mug today. I use it every day, it’s so wonderful.

Anne: I got way less than that. No one packed me up a little care package. I also took a menu. I took the painting over Johnny and Moira’s bed of the boats in the harbor, and I took Alexis’s pubic relations diploma.

Did you take any clothes?

Murphy: Alexis’s clothes are very much Alexis’s clothes, and I didn’t want to be that washed-up actress prancing down the street being like, Hey, guys! Oh, I did take the “A Little Bit Alexis” dress because that was a special one. And then I took a big bulky sweater and basically the only pair of pants she ever wore.

Reese Witherspoon once whipped out the entire Legally Blonde wardrobe, and she’s not washed up!

Levy: I would be afraid to do that only because I would wear it out and then I’d get a call from my brother saying, “Did anybody know that you took that?” Then I’d be in trouble.

Murphy: And then he’d get an invoice. Yeah.

What can you tease for the one-hour finale next week?

Murphy: Literally nothing. Daniel Levy will murder us in our sleep.

What are we going to feel?

Levy: But you know what? I have to say that I think for as much achy heart as you’ll feel, there’s so much happiness in it as well. I think more than people will expect. There really is a lot of joy. It’s a very celebratory episode, I would say.

Murphy: There will be all types of weeping. You’ll be weeping all across the board.