Seat of the problem: why does Christopher Nolan hate chairs?

We still don’t know all that much about Christopher Nolan’s upcoming Tenet. We know the stars, and that things appear to go backwards in it, but that’s about the extent of it. We don’t have a plot. We don’t have a runtime. We don’t even have a concrete release date yet. But if I had to bet money on anything, it’s that the primary antagonist of Tenet will be some sort of chair.

This previously unseen chair-hating side of Christopher Nolan’s personality has finally come to light, thanks to a Zoom call between Anne Hathaway and Hugh Jackman. “Chris also doesn’t allow chairs,” Hathaway told Jackman. “I worked with him twice. He doesn’t allow chairs, and his reasoning is, if you have chairs, people will sit, and if they’re sitting, they’re not working”. 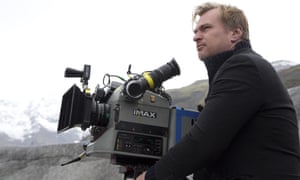 In fairness, this is a completely watertight rationale. By any metric going, sitting down is for wimps. Think about any hero you like, and I guarantee they’ve didn’t so much as graze a cushion with their bottom. Winston Churchill never sat down for a single second in his entire life. King Henry VIII famously wouldn’t even lie down, preferring to spend his nights propped upwards inside an elaborate mechanical spine-augmentation device. Captain Tom Moore raised £23m by walking laps around his garden. Do you know how much he would have raised if he’d chickened out and boinged around the garden on an inflatable spacehopper instead? Nothing, that’s how much.

Sure, this anti-chair revelation might seem quite cruel at first – given that 90% of time on any film set is spent listlessly waiting around for someone else to finish their job – but it must be said that it has been hiding in plain sight. Remember the interrogation scene in The Dark Knight? The Joker sits down in that, and gets his head smashed in as punishment. Ever wondered why all those extras on the mole in Dunkirk looked so weary? It’s because their lumbars were all screaming in agony. And any other director would have given Batman a motorbike with a proper seat. Not Christopher Nolan. To see Batman sitting on his bottom on a motorbike would be to see Batman experiencing a modicum of comfort, and therefore not reaching his full potential. That’s why Christopher Nolan made Batman ride around on a ridiculously unwieldy bike that requires you to sort of awkwardly lie on your stomach and genitals.

However, this isn’t to say that Christopher Nolan isn’t against loopholes. He might hate chairs with an intensity that borders on the psychopathic, but go and Google photos of him directing Dunkirk. He spent an awful lot of time in a wetsuit, bobbing up and down in the English channel. Don’t get him wrong, chairs are absolutely for idiots. But circumventing the need for chairs by utilising a large body of salinated water for its inherent buoyancy properties? Now that’s a sign of real graft.

Christopher Nolan is a director at the top of his game. If he hates chairs, then we should all hate chairs too. That goes for anyone planning to watch Tenet in a cinema. Eat your popcorn standing up, you cowards. A film isn’t a film unless your whole body aches as you watch it.