‘Significant Other’ Review: Backpacking Is a Trip

Jake Lacy and Maika Monroe play a camping couple in this slick thriller that uses its modest facade as a smoke screen. 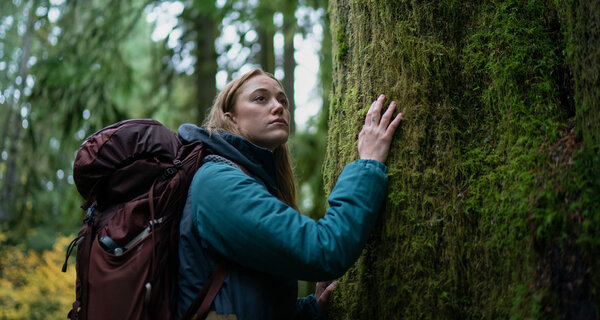 Backpacking as a couple is already a trust exercise, but in the slick thriller “Significant Other,” that exercise escalates into a triathlon of psychic fitness. The film’s modest facade proves a smoke screen for a rich and eventful ride; one plot development in particular hits with such surprise that it catches the audience far more unawares than the characters.

Harry (Jake Lacy) and Ruth (Maika Monroe) have been together for six years when they embark on a backcountry camping trip. Ruth struggles with panic attacks, and the excursion, as well as the romantic obligation it implies, are triggers for her anxiety. We accompany the twosome through dense thickets, and some clunky dialogue, ornamented with ominous portents. Then a startling twist zags the film into unknown territory.

Lacy often plays a teddy bear; filmmakers have only recently begun to cash in on his potential to act against type. Here, he commits to an erratic role laced with humor, and the writer-directors Dan Berk and Robert Olsen milk Lacy’s grinning veneer for every comic drop. No stranger to chills and thrills, Monroe has a heavier assignment: For audiences to buy into the movie’s phenomena, her performance must contain several contradictory layers of meaning.

Monroe’s solution is to act with subtlety, and Berk and Olsen balance this muted central character with some visual flair, such as a trembling close-up shot that mirrors Ruth’s shakiness during moments of panic. “Significant Other” does not reinvent the genre, but its narrative flourishes make for an exciting outing.