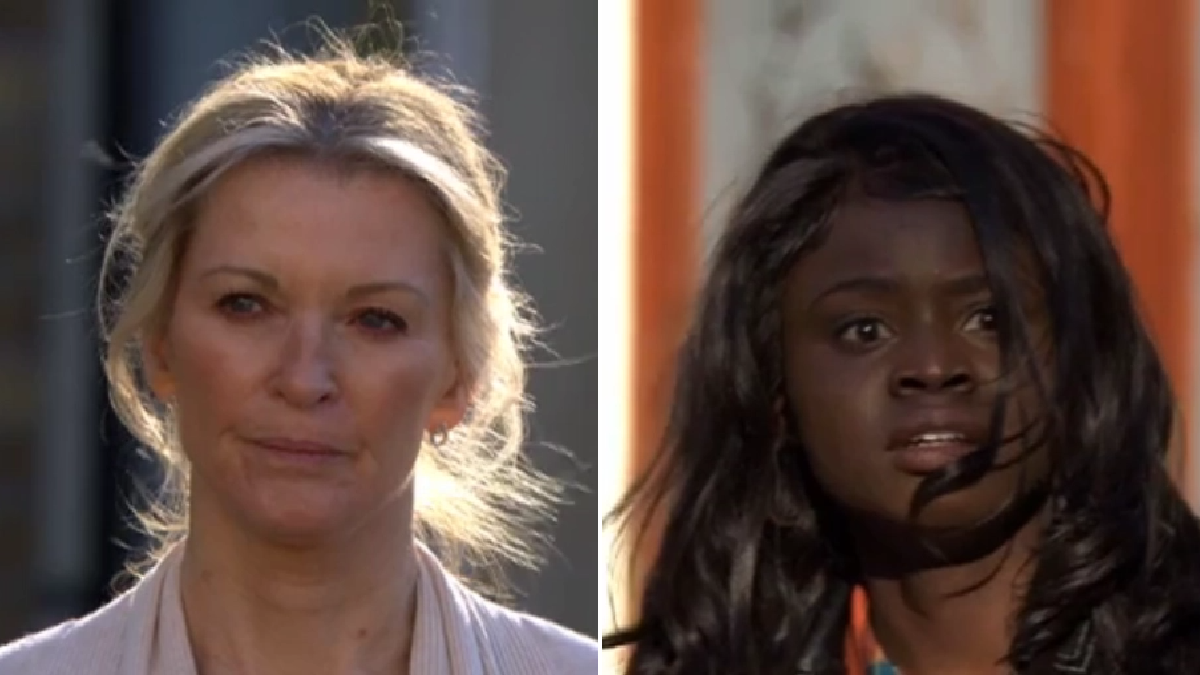 Mila Marwar (Ruhtxjiaïh Bèllènéa) has become determined to save her sister Kioni from undergoing FGM in EastEnders.

The character recently opened up to Iqra (Priya Davdra) about her ordeal and told her she wasn’t prepared to let Kioni go through the same thing.

In tonight’s (June 1) edition of the BBC One soap, Mila continued to speak to her mother Nyangi, desperately trying to make her change her ways, but she didn’t have much luck.

As much as Mila pleaded with Nyangi and told her about the pain she still suffers, her mother manipulated and controlled the situation which left Mila feeling bad for confronting her.

Disaster ensued though when Mila realised Kioni had overheard a lot of the conversation.

As Mila continued searching for her sister, she raced across the Square when she noticed a police car outside Kathy’s and, to her horror, she spotted her mother getting into the car.

Iqra told Mila that FGM is child abuse, but she was more focused on the fact that her mother may end up in prison.

Mila told Iqra that she shouldn’t have called the police but in a shocking twist, Kathy announced she was the one who had Nyangi arrested.

Stuck in this nightmare, will Mila tell the police about her ordeal?

Or will she try and save her mother from prison?