Spoilers: PTSD revisited for Callum after horror stabbing in EastEnders? 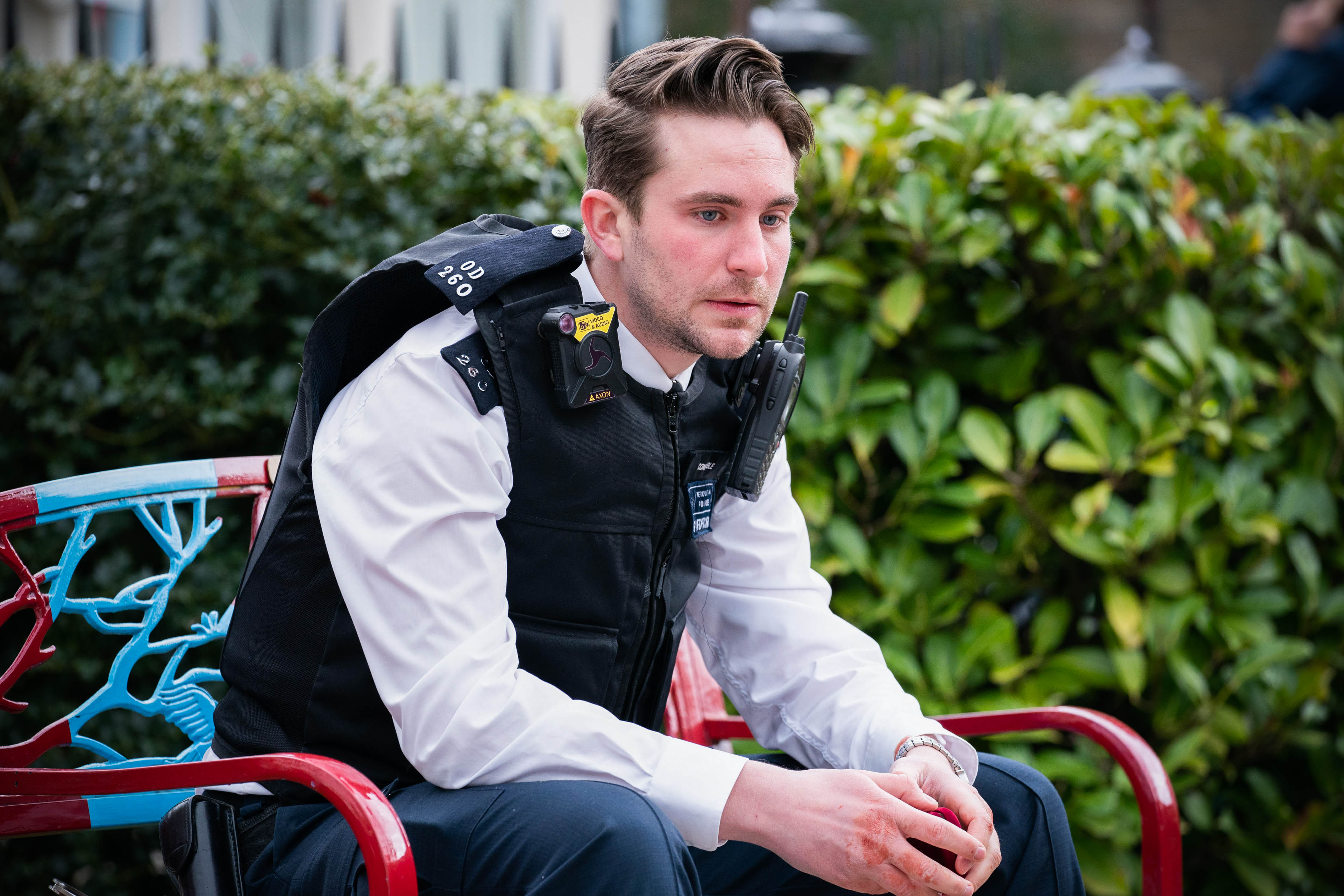 Callum Highway (Tony Clay) first showed signs of PTSD back in 2018 in EastEnders.

He returned from the army and confessed to Whitney (Shona McGarty) that the injury he had sustained on his torso was down to being hit by shrapnel while saving children in an area he was serving in.

Callum also woke up in a cold sweat after having a nightmare that featured bombs going off and had to be consoled by Whitney – his girlfriend at the time.

Callum’s struggles were then looked at in 2019, around the time he discovered his hugely loved friend had died.

After Callum and Fitzy spot the same mugger who attacked Kat (Jessie Wallace), they chase after him but the mugger manages to stab Fitzy.

As the paramedics arrive, DCI Arthurs checks in on Callum but it’s clear he’s distraught and blaming himself.

Back at home, Callum manages to distract himself but during the anniversary celebrations with Ben (Max Bowden), he panics and leaves.

Later, Callum is snappy with Ben, insisting he’s fine, despite being anything but.

Whitney and Kat chat in The Vic and Callum clams up when they ask about the stabbing, leaving Whitney to realise something is wrong.

Will Callum open up to Whitney?

How will Ben feel if he realises Callum can’t talk to him?