Spoilers: Tyrone barred from seeing the kids as Fiz changes the locks in Corrie 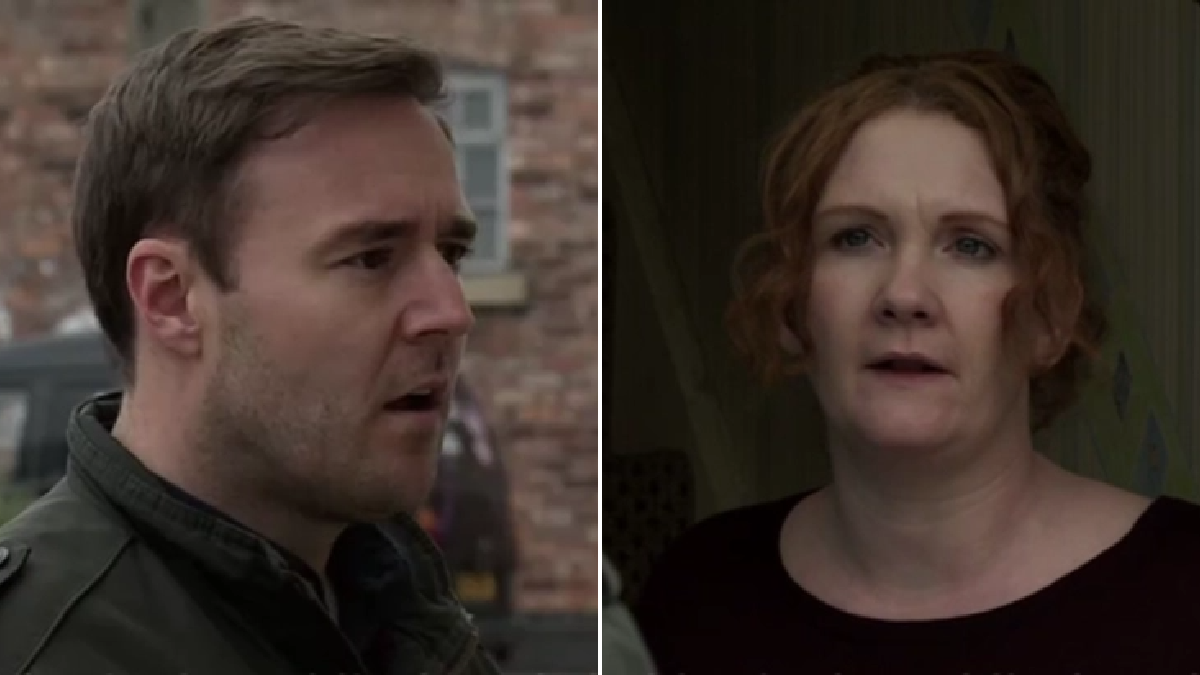 Cheating Tyrone Dobbs (Alan Halsall) has been left ruing his actions on tonight’s Coronation Street after Fiz Stape (Jennie McAlpine) revealed that she’d changed the locks to No 9.

Fiz’s decision resulted in Ty being effectively barred from seeing young Hope (Amelia Flanagan) and Ruby (Macy Alabi), a move that is sure to intensify hostilities in the weeks to come.

At the present time, Fiz feels that Tyrone isn’t fulfilling his duties as a parent after he left her to cope with an upset Hope, who was seen in Friday’s hour-long episode running away from school and lashing out at her cousin Joseph.

Despite Hope having obviously been affected by her mum’s relationship break-up, Tyrone opted not to sit down and talk with her, asserting that Fiz was better equipped to deal with the situation.

He instead seemed more preoccupied with new girlfriend Alina (Ruxandra Porojnicu), with whom he’d just shared a romantic night away in Knutsford. And in an inadvertently crass move, Ty had even accidentally uploaded pictures of the evening to the family’s photo roll.

But at Alina’s suggestion, Tyrone ultimately decided to step up and tell both his girls how much he loved them. However, when he came to try his key in the door of No 9, he found that it no longer fit.

Next week’s episodes of Corrie will see a concerned Chesney (Sam Aston) attempt to play peacemaker when he advises Fiz to be the bigger person for the sake of the children.

Taking his words on board, Fiz then allows Hope and Ruby to see Tyrone, who tries to tell the youngsters that despite no longer wanting to be with Mummy, he’s still their Dad. And in attempt to show his affection, he takes them both for their tea at Speed Daal.

Events, though, take a surprising turn when Hope spots Alina and asks her to join them, pointing out that she’s Daddy’s new girlfriend. Initially, Tyrone and Alina are mortified, yet it soon becomes clear that the girls are smitten.

However, Fiz is not so enamoured with the sight of Tyrone playing happy families with the new woman in his life.

After spying the merry quartet exiting Speed Daal, she storms over and drags the girls away, obviously rattled by the high regard they hold for this interloper.

But is she right to fear that the children will end up choosing Alina over her?