The Canadian actor Christopher Plummer, who died Feb. 5 at 91, made his first appearances on the Broadway stage and in Hollywood movies in the 1950s, when he was still in his 20s. He left behind a wealth of unforgettable work in film, theater and television, including Oscar-, Emmy- and Tony-winning performances.

Originally introduced to the public as a dignified leading man in the classical English mold of Laurence Olivier and James Mason, Plummer would go on to play a range of roles — from adventure heroes to villainous creeps — and would find some of his greatest success in supporting parts. In his later years especially, Plummer specialized in bringing a sense of depth and weight to characters who sometimes appeared on-screen for just a handful of scenes. He only needed a few minutes to leave a lasting impression.

Here are 5 of Plummer’s best roles, all available to stream: 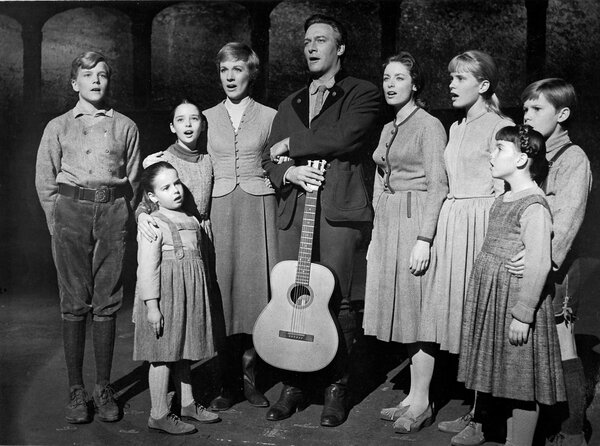 ‘The Sound of Music’

Throughout the late 1950s and early 1960s, Plummer focused much of his creative attention on theater in the U.S. and the U.K., while dabbling only occasionally in television and cinema. Then he played a stuffy Austrian naval officer and widowed father in the film version of the musical “The Sound of Music,” and he became a bona fide movie star. In the decades that followed, Plummer would sometimes dismiss the film, one of his biggest box office hits, as cloying and simplistic. But the picture is beloved for many reasons, one of which is the rich romantic chemistry between its leading actors: Julie Andrews as a headstrong governess, and Plummer as a heartbroken grump who melts when he hears her teach his children to sing.

Stream it on HBO Max; rent or buy it on Amazon Prime, Apple TV, Google Play, Vudu or YouTube.

Plummer became the oldest actor ever to win an Academy Award when he took home his first Oscar at 82 for the writer-director Mike Mills’s semi-autobiographical drama “Beginners.” He plays Hal, a septuagenarian who belatedly comes out as gay and subsequently strengthens his bond with his mixed-up middle-aged son Oliver (Ewan McGregor), who learns a lot from his dad’s embrace of radical honesty. At once gently funny and tearjerking, this is a film about how people subtly affect each other’s lives.

One of Plummer’s most useful tools as a performer was his voice: deep and resonant, with just enough rasp to add a little edge. He was in-demand as a voice-over artist for documentaries and commercials; and he brought gusto to several classic animated films, including “Up” and “My Dog Tulip.” His first turn in a cartoon was a charmingly kooky one, playing a French pigeon who encourages the hero to follow his dreams by singing the can-do ditty “Never Say Never.” It’s a refreshingly light performance from Plummer, spotlighting his showman’s spirit.

In this docudrama about how the tobacco industry’s lawyers pressured the producers of the CBS newsmagazine “60 Minutes,” Plummer plays the reporter Mike Wallace, known and feared for his dogged interviewing style. The actor doesn’t attempt a Wallace impression. Instead he embodies the contradictions of a famous journalist, who believes in the pursuit of truth but also fears losing corporate sponsorship. Plummer captures Wallace’s natural charisma, along with his deep insecurities.

Stream it on Amazon Prime; rent or buy it on Apple TV, Google Play, Vudu or YouTube.

In one of Plummer’s final performances, he plays a popular mystery novelist whose accidental death causes problems for his greedy, scheming family. Plummer’s character Harlan Thrombey only appears in flashbacks, but his friendship with his nurse Marta (Ana de Armas) — and his keen understanding of his heirs’ failings — help to fill the writer-director Rian Johnson’s clever murder plot with both genuine warmth and a sharp point-of-view. Harlan comes across as so wise and so kind that the audience will believe anything he says.