Sunday Brunch: James May leaves Tim Lovejoy horrified in bizarre revelation ‘Get him off!’

Tim Lovejoy and Simon Rimmer were back today on Sunday Brunch and they were joined by the likes of The Walking Dead star Tom Payne and later in the show by former Top Gear star and The Grand Tour host James May. But, after decades in the motoring world, James revealed he didn’t pass his driving test first time, leaving Tim Lovejoy absolutely stunned.

“So you have a new driving app out?” Tim asked James.

“It all stemmed from some quite shocking statistics, which is that given that two million people take their theory every year, more than half of them fail.

“So it was my chance to give something back to the driving community.” 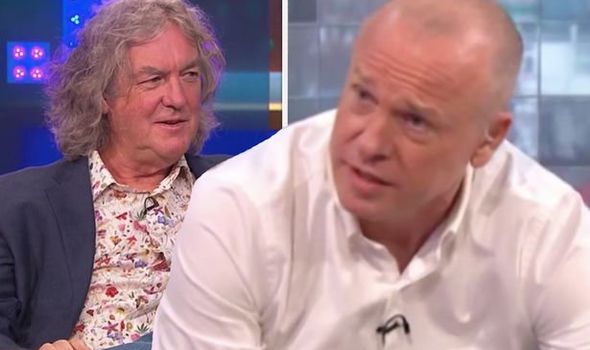 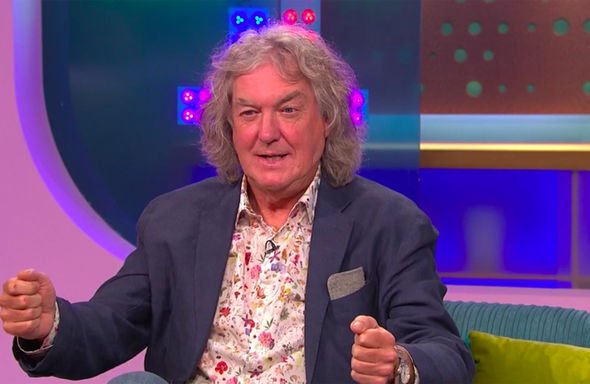 James added: “There are other apps out there that do it but we wanted to simplify the process.”

“It’s not interesting though,” James joked, “You can’t s** up driving tests, road signs and documents.

“And loads of 17-year-olds say they want to drive but none of them say, ‘I am going to read the highway code’.

Tim added: “Yeah I suppose people finish their GCSEs and they have done exams and they don’t want to go into another exam. That’s the age you are learning, isn’t it?” 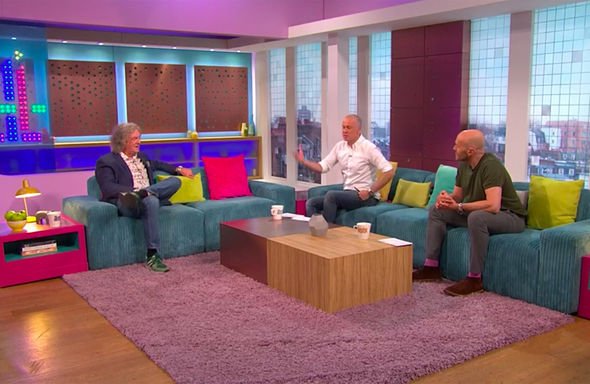 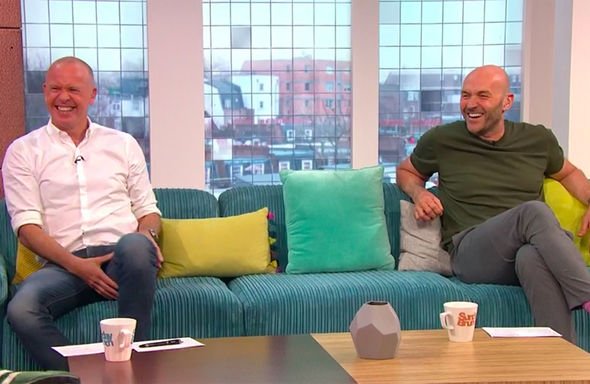 But, it was the next topic of conversation which left the Channel 4 hosts gobsmacked.

“What age did you pass your test?” Tim asked.

James explained: “I was just coming up to 18 but of course the theory test didn’t exist then.

“Because that was back in the black and white era.”

Both Tim and Simon said they passed their driving tests for the first time, but James as it happens did not.

“Did you pass the first time James?” Simon added.

“No, I did not,” James added, which in turn saw Tim jump from his chair, shocked by the revelation.

Tim shouted: “Woah! Get him off here!”

CAN’T SEE THE POLL BELOW? CLICK HERE TO OPEN IN YOUR BROWSER

“No, I failed on the emergency stop, which apparently is quite an important part.

“I was expecting the examiner to bang the clipboard on the dash, because that’s what they used to do, that’s what my dad told me they did.

“So I drove along poised, but eventually what he did was, we were driving down a residential road and the instructor shouted, ‘Watch out there is a child in the road’.

“And I turned around and said, ‘No there isn’t’.” James added.

The Grand Tour can be streamed on Amazon Prime now.