'The Bachelor': Ben Higgins Told Nick Viall He Can Be Extremely Jealous: 'It Is Ugly, it is Disgusting, it is Bad'

Now that Peter Weber’s season of The Bachelor is over, fans are looking back on a few of the more favorable show leads who’ve had their time in the spotlight. And Ben Higgins is now talking a lot about his current engagement to Jessica Clarke.

Higgins was The Bachelor in the past, though the show didn’t work out for him. Despite having an engagement as a result of his time on reality TV, he’s now found love with someone else — and he’s excited to share his journey. He took to fellow Bachelor star Nick Viall’s podcast, The Viall Files, to share how his engagement is going with Clarke — and they also touched on a few other topics Higgins rarely speaks of. Here’s what he said about his jealous attitude that’s gotten in the way in the past. 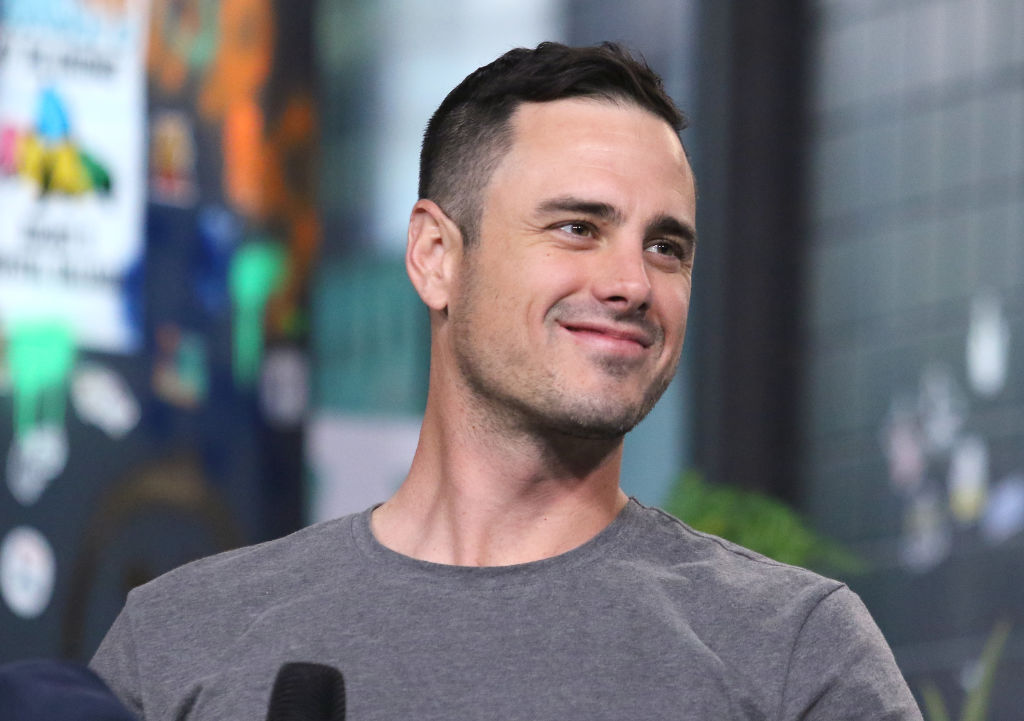 It’s been awhile since Higgins has graced fans with his presence on any Bachelor seasons. But thanks to his podcast and his frequency with interviews, we’ve learned how he feels about plenty of Bachelor and Bachelorette contestants that came after him.

Hannah Brown got her start on Colton Underwood’s season. And while her Bachelorette season didn’t work out for her the way she hoped, she was still able to express herself and her faith as she wanted. Higgins is also a Christian and is incredibly proud of his faith. But he said in the past that he’s jealous Brown got to express her religion in ways he couldn’t on the show.

“I’ll be honest, I’m a little bit envious and jealous of this season because faith is such an important thing in my life. It is the reason why I am [who I am] today and a lot of the things I said and did don’t make sense without Jesus being at the center of it,” Higgins told Entertainment Tonight. “So, I’m a little bit saddened it wasn’t part of my story. I am jealous.”

Higgins talked on Viall’s podcast, The Viall Files, on April 22. And the discussion of struggling in front of others came up. Higgins noted one of his biggest issues is dealing with jealousy.

“It is a weakness of mine. And I don’t say weakness in terms of, ‘oh, this is my problem and I take it lightly.’ No, envy is a constant battle with me. I am envious all the time,” Higgins told Viall.

As for how jealousy manifests for Higgins, he noted he’d look at others on Instagram and resent their happiness. He then would meet some of these people he’s resented from social media, hear their story, and feel guilty for what his envy made him think beforehand.

“I would hate for the world to see some of the thoughts that go through my head,” he added. “It is ugly, it is disgusting, it is bad.”

One year ago today I messaged @jessclarke_ on Instagram. I saw her picture randomly (long story but it is just really random). Because of a reason I still can’t explain (other than the fact she’s obviously beautiful) I felt I needed to message her. Weeks of messaging, FaceTiming, and phone calls led to me finally having the gift of being with her in person for the first time. That night I knew my life would forever be better. It’s been a year that has changed my life in the most fulfilling, joyful, and healthy ways. I am thankful for you. For your family. And for the way you love me. @jessclarke_ thanks for sharing this year with me. I love you.

Higgins may have a jealous streak, but he told Viall that he’s well-aware of his patterns of behavior now, and he knows that acting on them won’t get him anywhere.

“Specific examples … honestly, I probably try to block out because I’m embarrassed of them,” Higgins added. “And I could go on and on and on about how envy’s affected me. … But I know my first response to envy now is try to find a way to get rid of it. Because acting on it or pursuing it has never been healthy or helpful for me.”

Higgins also told Viall that many people “presume polished-ness” when they see him, and he’s often looked at as “perfect” from outsiders. But this can be just as damaging — and opening up about his flaws is important for others to see.

We’re glad Higgins seems to be living more authentically now. And we’re excited to hear more about his engagement with Clarke as the happy couple creates more future plans!