'The Bachelor': Hannah Ann Sluss Is 'Excited' About Getting to Know a ‘Mystery Man'

Hannah Ann Sluss is single and ready to mingle. 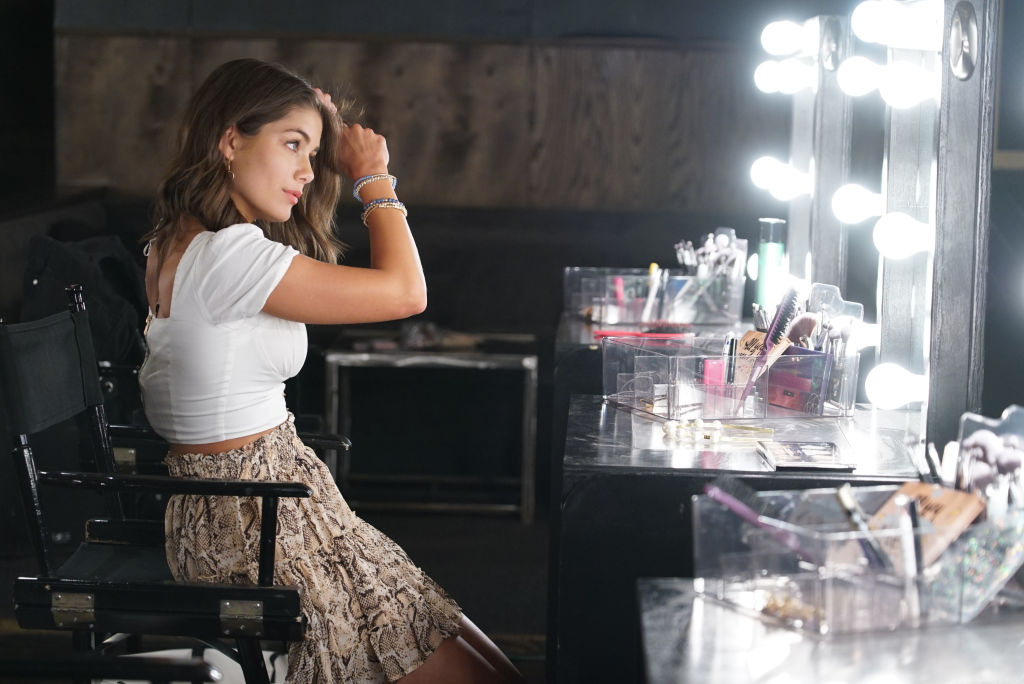 Sluss got engaged to Peter Weber on his season of The Bachelor. But a couple of months into their engagement, the pilot revealed he couldn’t give his whole heart to Sluss since he was still in love with Madison Prewett.

During the live Bachelor finale, Sluss told Weber (and the entirety of The Bachelor audience) how she felt about the way everything played out.

“You told me that letting me walk away would be the biggest regret of your life. You know, words are powerful, Peter. Either you don’t mean what you say, or you don’t understand the weight of your words and how they impact people. So which one is it? Because you knew how serious I was about an engagement. And you knew me saying yes to you, I was always going to stand by you, even through the worst. And you told me things that kept me with you,” she said.

Despite the deep loyalty Sluss felt for Weber during their relationship, she says she’s had no problem moving on. In fact, she says watching Weber’s season back gave her all the closure she needed.

Be Your Own Rock- Most of us don’t realize how strong we are until we have to be. In my situation, I couldn’t share my pain with very many people, so I had to dig deep to find and become my own emotional rock. I remembered Ranger Rick (My dad) always telling me to “know who you are, know what you are doing, and know where you are going”. With these three things planted in your mind, you will be able find the strength to handle any adversity. We all have that rock, and it will support us!!! 💪🏼 #day1

“I mean, actually watching the season has been very helpful working through any unresolved feelings I had towards Peter because I was able to watch my ex-fiancé not only make out with every girl, but see him just mislead and betray me,” she said on The Ellen DeGeneres Show. “And, that alone kind of gave me the closure that I needed. And sometimes, knowing that you deserve better is the closure that you needed.”

The model isn’t exactly going on dates right now (because she’s self-isolating), but she is FaceTiming people.

Peaceful on Purpose – As much as I like to think I can control my surroundings, this season has reminded me that control is an illusion. It’s easy to feel down during this time, but I’ve been able to take hope in the reality that this is not forever. Each morning that I choose to surrender my game plan, I exchange it for more peace and more purpose 🌼#day6

“Right now, I’m quarantined so I can’t like, go out on a date,” she told David Spade on his Comedy Central show, Lights Out with David Spade. “But I’ve been FaceTiming and getting to know different people.”

She says there’s one person she’s getting to know who she’s particularly excited about. But she won’t name names.

“There’s one person in particular — I like to call him the ‘mystery man,’ because I don’t want anyone finding out about it,” she said. “We’ll see where it goes. I’m excited.”

Read more: Blake Horstmann Says Much of Bachelor Nation ‘Would Throw There [sic] Grandma Under the Bus for Some Clout’