The Blacklist Exclusive: Joely Richardson Heats Up an Autopsy 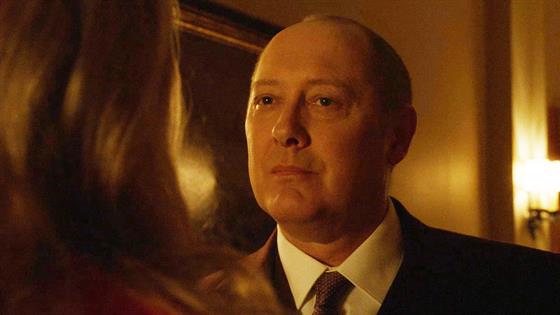 Raymond “Red” Reddington is in seclusion, but he’s not alone. In the Friday, March 27 episode of The Blacklist, titled “Cornelius Ruck,” Red (James Spader) is on a private island with an old flame, Cassandra (Joely Richardson), and a whole ring of thieves in a plot to get millions of dollars from stolen art. It’s The Blacklist. Things don’t got as planned and things take a turn when guests on the private island start showing up dead.

In the exclusive clip above, Red goes to Cassandra’s door with a special invite. “Do you remember the last time you knocked on my door at 2 a.m.?” Cassandra asks.

“Yes, you shot at me,” Red says. Cassandra says she thought he was somebody else—her husband, according to Red.

“I like committing crimes of passion,” Cassandra asks. “Want to commit one now?”

But Red has something else in mind: An autopsy. See it above.

“Friday’s episode is an absolute blast! It’s a twisty-turny-whodunnit with an incredible cast, led by Joely Richardson. Imagine The Blacklist meets Agatha Christie. On a private island. In an ice storm. It’s an out of pattern episode for us in that Reddington can’t depend upon the Task Force—instead, he’s the one trying to solve the case,” creator and executive producer Jon Bokenkamp told E! News. “Trust me, it’s an episode fans aren’t gonna want to miss.”

NBC handed out an eighth season renewal to The Blacklist ahead of the show’s seventh season premiere.

“Congratulations to our incredible cast, producers and crew, all of whom continue to reach excellence week in and week out,” Lisa Katz and Tracey Pakosta, co-presidents of scripted programming at NBC Entertainment, said in a statement. “We couldn’t be more excited to continue Red and Liz’s story into season eight.”