Carol, Vicki, Kevin, and Adam went up against Paul ‘The Sinnerman’ Sinha tonight on The Chase, and one of the contestants proved they weren’t up to the challenge very early on. But when Bradley was introduced to contestant Carol, she revealed the friends she plays boules with “lusted” after host Bradley’s body.

First up tonight was contestant Adam, who got off on the wrong foot as he struggled to answer many of the questions, taking just £4,000 to meet the chaser.

Adam revealed he used to work in Ayia Napa but now worked at a pub in the Yorkshire Dales, much to chaser Paul’s amusements.

The chaser said: “What a change of lifestyle going from Ayia Napa to Emmerdale. A bit like the difference between The Chase and Pointless in terms of pace.”

Unfortunately, it just wasn’t Adam’s day and he was quickly sent home after failing to keep away from the chaser. 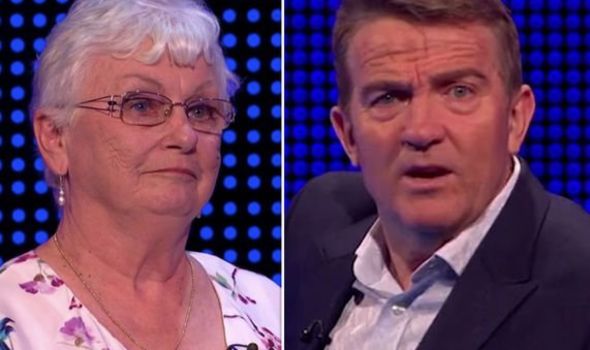 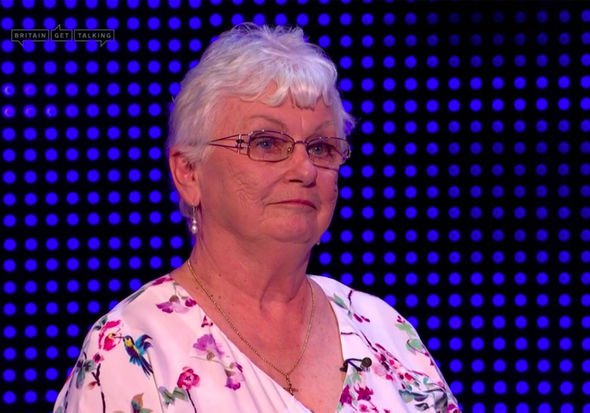 Next up was Kevin and then Vicki who both managed to keep the chaser far enough away to get themselves into the final.

However, it was contestant Carol who sent the show into chaos after a rather racy comment to the host.

Before Bradley had a chance to ask her the questions, Carol interrupted Bradley to tell him something.

Carol said: “I just want to say, my friends at Victoria Bowls club think you are gorgeous.

“And they told me to tell you that they lust after your body. But you don’t need to worry because they are all over 60.” 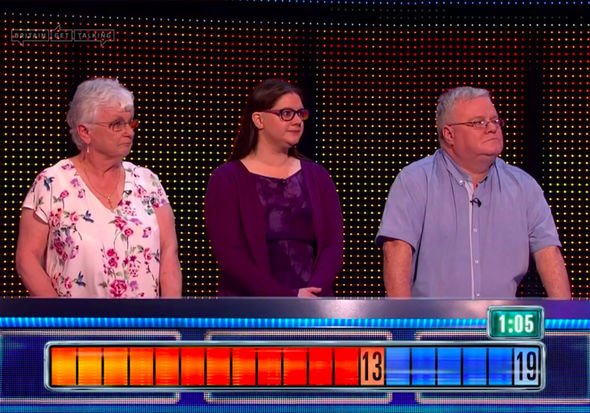 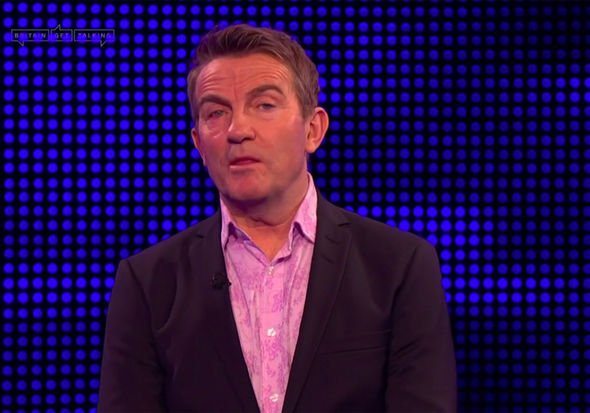 Bradley didn’t quite know what to say to all of this and quickly asked her what she would use the money from if she got through.

Carol said: “I would use it for cosmetic surgery. Not mine, my car.”

Carol sent fans into hysterics as Bradley questioned the bowls player on her driving skills and she explained that she crashes into lampposts a lot.

Carol admitted that if the lamppost is in the way then she can’t always be held responsible for the little crashes.

The contestant was able to play her way into the final and said that she would be able to buy a whole new car, not just a paint job.

Viewers immediately took to Twitter to talk about Carol and her cheeky ways.

One fan said: “Just imagine carol in the 60s dressed to the nines fag in the mouth flirting with all the blokes in the pub  #TheChase”

Another added: “I want to be like Carol when I grow up #TheChase.”

“I like the cut of Carol’s jib. She’s great #TheChase.” said a third.

Carol, Kevin, and Vicki all made it to the final in the hopes of being Paul and taking home the £18,000 jackpot.

The three of them made a great strong start, but Paul was on a roll this evening only getting one question wrong.

However, it wasn’t meant to be and Paul caught the three of them with just 34 seconds to spare.

Bradley thanked the guests for their hard work and when he went to Carol, he said: “Tell the girls at the bowling club that I said hi.”

The Chase continues on ITV tomorrow at 5pm.