THE Chase can be tense at the best of times but poor Bradley Walsh couldn’t look after a contestant made a crucial mistake on a question.

Fans were thrilled to see Darrah Ennis ‘The Menace’ taking on the quizzers on the ITV show, but he didn’t make it easy for them. 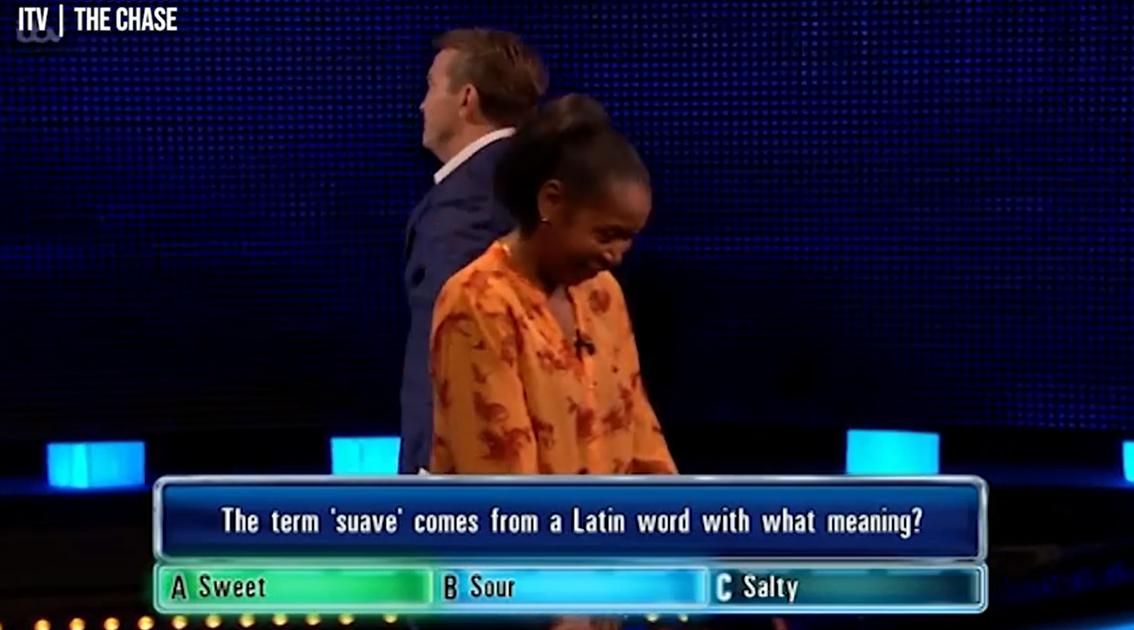 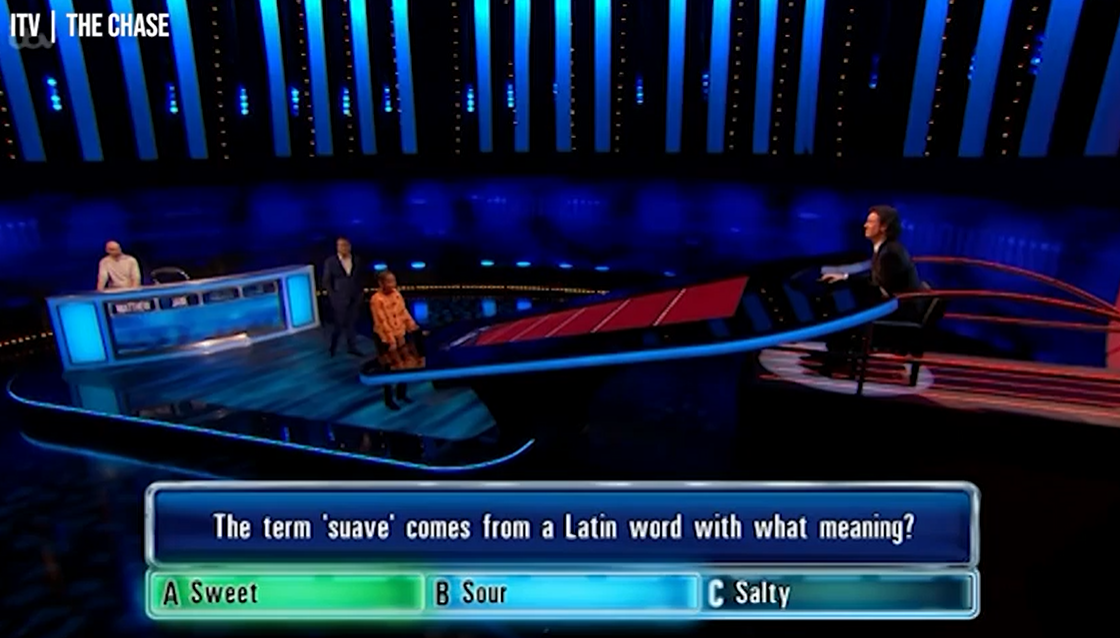 Marine biologist student Ed was up first and built up only £3,000 in the cash builder after being stumped by his very first question about badgers, and then couldn’t say what the filling of baklava was.

Kirsten was up next, earning £7,000, but the promising young quizzer couldn’t beat Darragh either. Jane also earned £7,000 but fell at the final hurdle.

The question was: “The term 'suave' comes from a Latin word with what meaning?", and the options for the answer were either sweet, sour or salty.

Jane went for “sour”, and host Bradley Walsh couldn’t handle the tension, as he covered his face with his hands, and then walked away from the podium.

Poor Jane laughed: “I guess I’m wrong from that reaction!”

Bradley tried to explain his logic for what he thought the answer was: “When someone’s suave they are smooth, charming!” as Jane defended herself: “Yeah but I wouldn’t have said they were sweet!”

The frustrated host replied: “I know, but it’s a latin word that means sweet! Sugary, saccharine, ” as Darragh stepped in, joking “He does not know this, by the way.”

It was revealed that Bradley was right, and he put his hands in his pockets and walked away as Darragh said sheepishly: “Well, maybe he did.”

“All this way! This is tough to take after all that work,” exclaimed Bradley.

Sadly for Jane it wasn’t to be, and former contestant Darragh saw off all four chasers leaving Kirsten to step up for the final round.

She answered 14 by herself but was caught with plenty of time left. 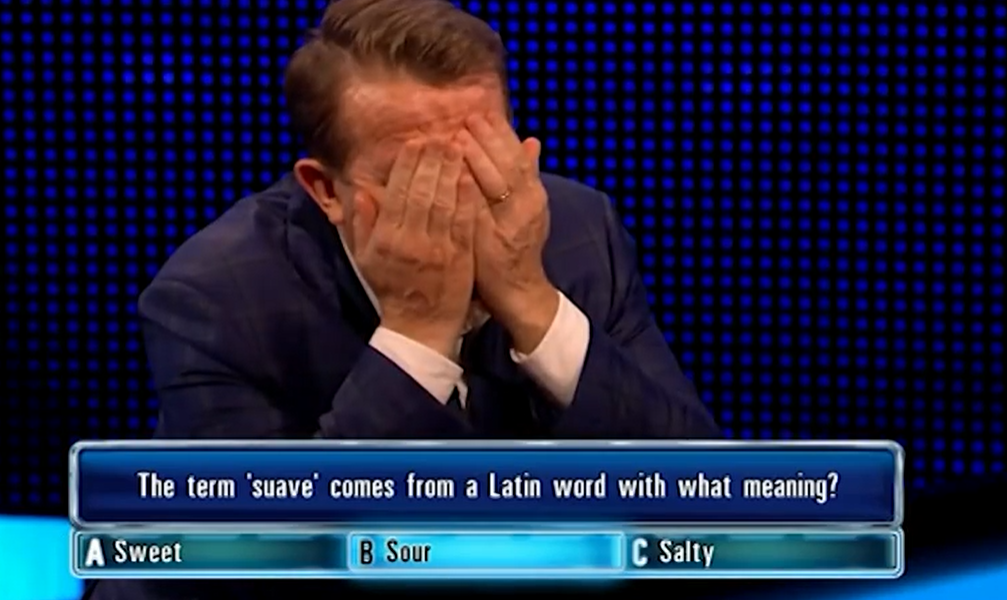 The Chase airs weekdays at 5pm on ITV.