The Falcon and the Winter Soldier left fans with a new villain. Sharon Carter (Emily VanCamp) revealed herself as the Power Broker, the Madripoor-based mafioso who started the covert super serum operation.

All this time fans believed Sharon was good-hearted, as she pretended to help Sam Wilson (Anthony Mackie) and Bucky Barnes (Sebastioan Stan) on their mission. But according to Erin Kellyman, who plays Karli Morgentau on the series, Sharon Carter was trying to build a super soldier army for herself the whole time. 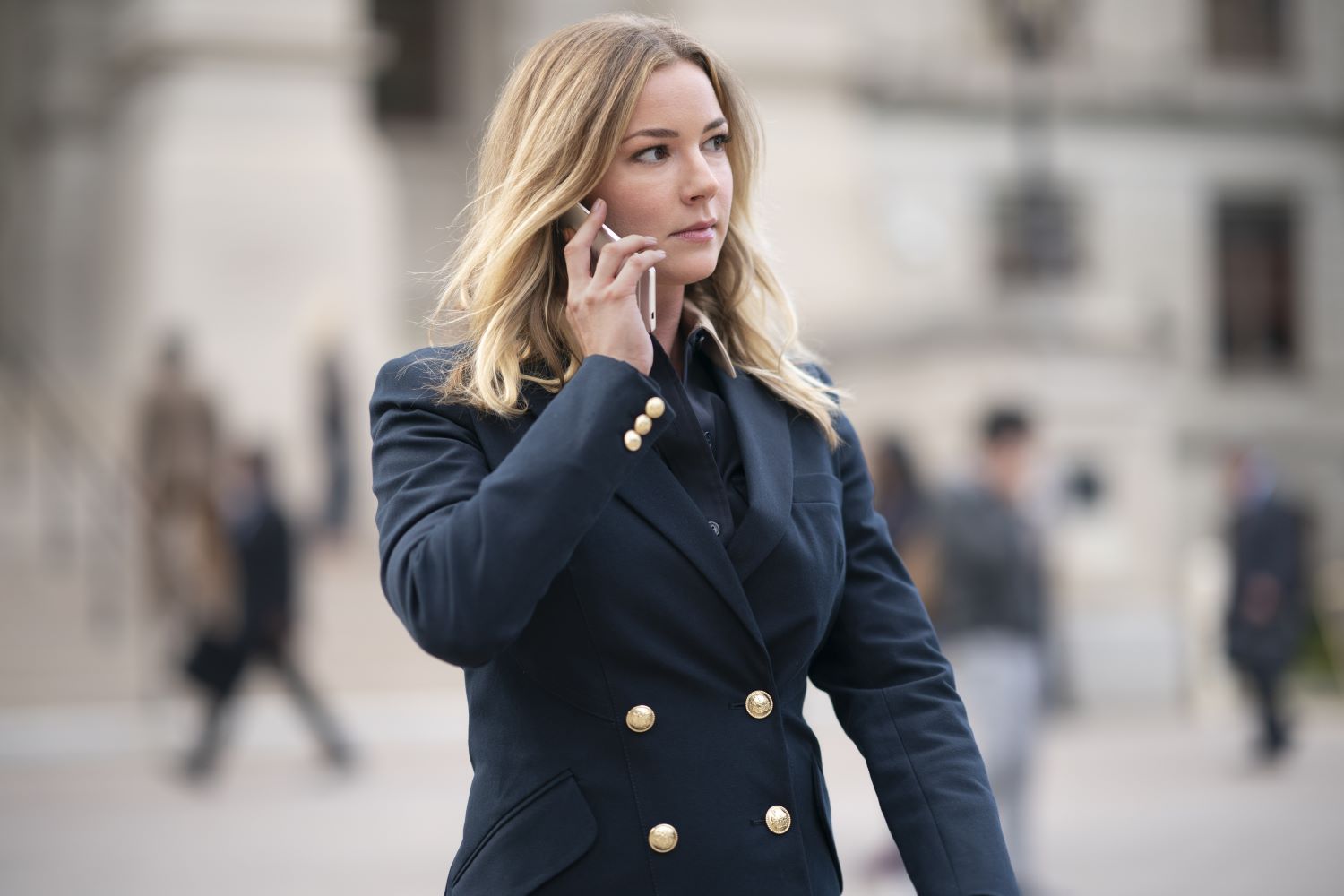 ‘The Falcon and the Winter Soldier’ introduces a bitter Sharon Carter

In Captain America: The WInter Soldier, Sharon was introduced as Peggy Carter’s great-niece. As a S.H.I.E.L.D. agent working under Nick Fury (Samuel L. Jackson), she was tasked with keeping an eye on Steve Rogers (Chris Evans).

But when it was revealed that Hydra was running S.H.I.E.L.D., Sharon left and joined the CIA.

And when the government captured Steve, Sam, and Bucky in Captain America: Civil War, she defied orders, helped them escape, and returned their superhero gear.

These actions made Sharon a fugitive. And as seen in The Falcon and the Winter Soldier, she moved to Madripoor to stay under the radar. But as it turns out, the ex-agent harbored tons of resentment. And it turned her into a surprising villain.

Marvel star Emily VanCamp noted that after the events of Captain America: Civil War, things got pretty tough for Sharon Carter. And living a life on the run turned her into something no one would expect.

“Things have certainly not been easy for Sharon, in this lawless land where she had to fend for herself,” VanCamp told Marvel. “For her to be thriving the way she is, it makes sense for her to be this intimidating, bigger version and for her to put on this display for the boys, it all kind of works in her favor ultimately.”

The final scene of The Falcon and the Winter Soldier suggests Sharon’s motives are rooted in vengeance and greed. And VanCamp teased the hero-turned-villain may have a larger agenda at play.

“Obviously, she has a much bigger plan and it’s not for the greater good like it used to be,” she said. “As the person playing the character, I understand that perspective; she doesn’t trust the government anymore and she wants to stick it to them a little bit. What that all means? I don’t know. We’ll see.”

In The Falcon and the Winter Soldier, it was clear that the Power Broker was running the super serum op that turned Karli and her friends into superhuman soldiers. But according to Erin Kellyman, Sharon, aka the Power Broker, recruited and trained the group. And she then gave them the serum to turn them into her own personal superpowered army.

“Sharon recruited Karli at a younger age and trained her,” Kellyman told Marvel. “She was going to create this little army of super soldiers. In Episode 6, we learn [Sharon] wanted to control the world while I wanted to change it.”

“That’s why Karli left and created the group, the Flag Smashers,” she continued. “Sharon trained Karli for everything—she’s the reason Karli knows everything she knows, fighting-wise.”