'The Handmaid's Tale': Why Won't Nick Help Get June Out of Gilead?

He claims he loves her and is trying to keep her alive. So then why won’t Nick help June get out of Gilead?

[Spoiler Alert: This article contains spoilers for the first three episodes of The Handmaid’s Tale, season 4.] 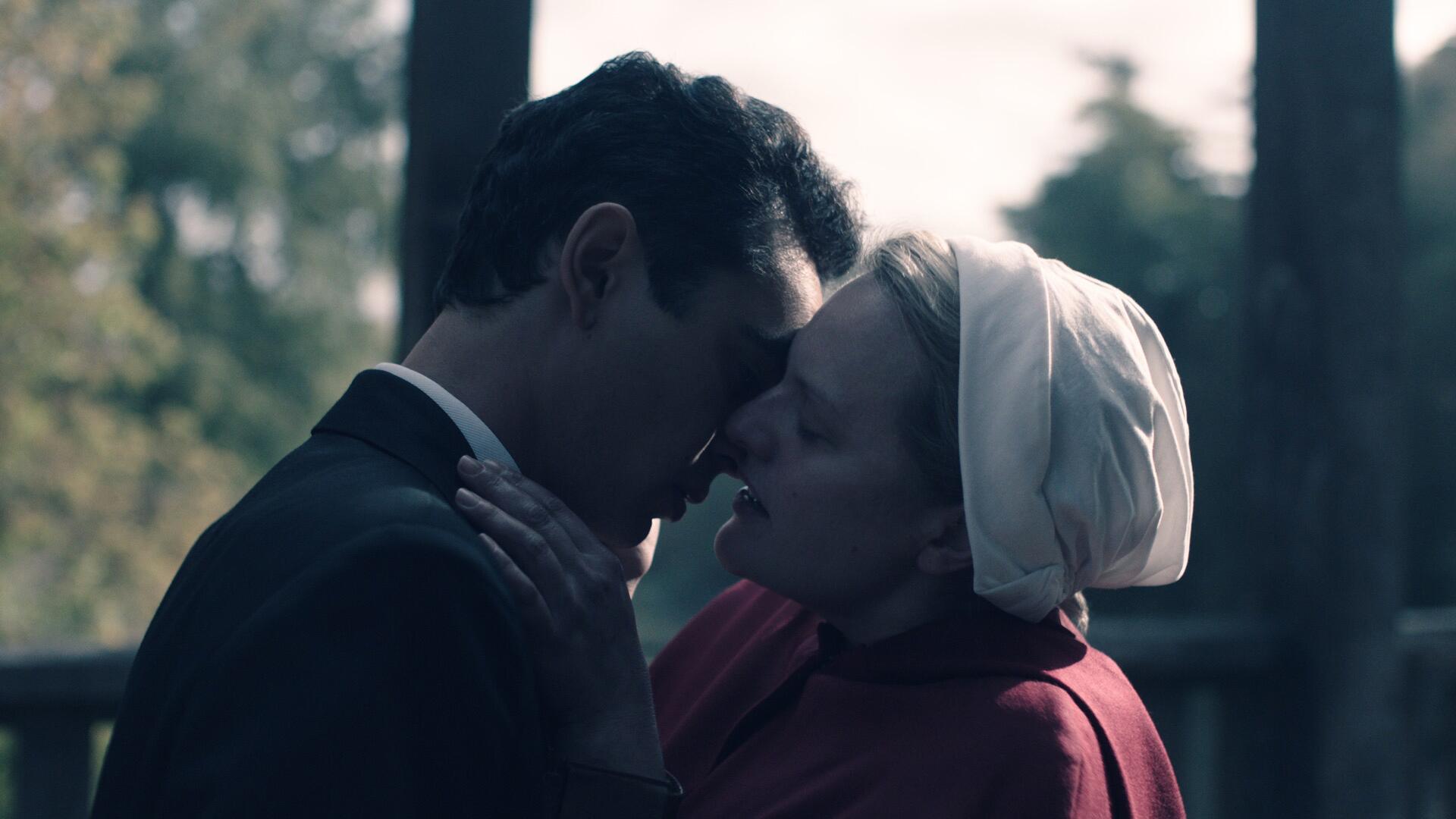 Nick could have saved June in ‘The Handmaid’s Tale,’ episode 3

The Handmaid’s Tale season 4 picks up with June and the other fugitive handmaids on the run. After helping dozens of kids escape to Canada, the women find refuge on the Keyes’ farm, where Esther Keyes (McKenna Grace) eventually kills a Gilead soldier who previously raped her.

Knowing the missing soldier would lead to a potential raid, the handmaids decide to flee to their next safe house that night. But after helping a fellow Mayday member poison a group of high-ranking Commanders, June returns to the farm to find everyone gone.

She is then captured by a Gilead team, including Nick, who tells her he loves her and promises to try and keep her alive. But he brings June into custody, where a Gilead lieutenant (Reed Birney) and Aunt Lydia (Ann Dowd) torture and interrogate for information on the safe house.

June is treated brutally and is forced to witness her friends’ murder and see her daughter Hannah’s life threatened. And all this time, Nick is a Gilead officer who could have helped her escape.

At the end of episode 3 of The Handmaid’s Tale, June is sent off to a breeding colony after giving up the handmaids’ location. But before she boards the bus with Aunt Lydia, she is met by Nick on a bridge. The bridge stands in clear sight of the Gilead transport that brought June there and the bus Aunt Lydia is waiting in.

Nick meets June and tells her he loves her. And just before June gets on the bus, the two hug and kiss.

This scene alone proves Nick has power in Gilead. In earlier seasons, it was made clear that no man but a Commander can have physical contact or sex with a handmaid. And anyone else who did, including soldiers, were hung on the Wall.

But Nick’s brazen meeting with June, in front of Aunt Lydia and the other Gilead soldiers, shows how much pull he has. And with that much authority, there’s no reason he shouldn’t have at least tried to help June escape.

Is Nick more loyal to Gilead than June?

Nick claims to love June. And she is the mother of his baby, Nicole, who is now in Canada. So there are only a handful of reasons he wouldn’t want June to help June get out of Gilead and reunite with their daughter.

While he loves June in his own way, Nick could be just a little more loyal to Gilead. Or he could be afraid of the consequences of trying to help her escape. The only other reason he’d want to keep June in Gilead is that he needs to know she’s close by.

In any case, all of these are pretty selfish/cowardly reasons. Hopefully, as the season continues, more of Nick’s motivations and power dynamics will be revealed. New episodes of The Handmaid’s Tale drop Wednesdays on Hulu.