The Masked Singer: Do the contestants hear each other sing? ‘Secrecy is incredible’

The Masked Singer: Ben Shephard grilled on whether he's Badger

The Masked Singer airs on ITV and fans in the UK have enjoyed tuning in for the second season of the hit talent show. Only Sausage, Badger and Robin remain in the competition and they will be battling it out for the top spot before revealing their identities. Harlequin star Gabrielle spoke exclusively to Express.co.uk about the intense level of secrecy.

Do the contestants hear each other sing?

The second season of The Masked Singer UK has seen 12 contestants take to the stage wearing their flamboyant costumes to mask their real identities.

The panel has had a tough time guessing who is behind each mask and there has been plenty of surprises along the way.

The semi-final saw Dragon unmasked, and comedian Sue Perkins was the celebrity behind the mask.

Harlequin was also unveiled and singing sensation Gabrielle was revealed as the star.

She spoke to Express.co.uk about the lengths the crew goes to in order to keep their identities a secret. 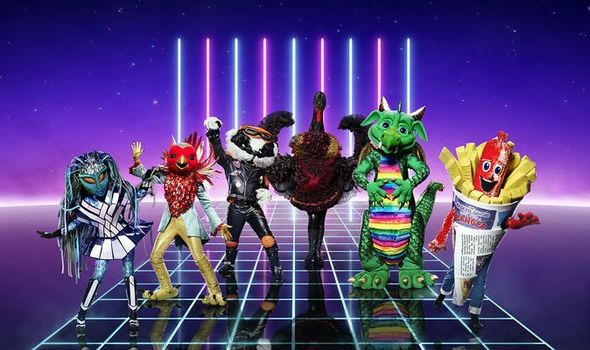 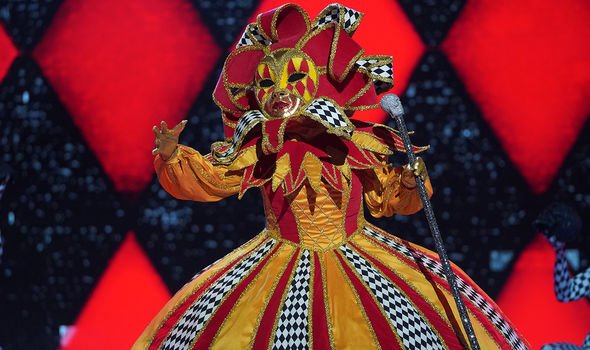 When asked whether she was able to hear the other contestants sing and guess their identities, she said: “The secrecy is incredible.

“You wear long sleeves and you are covered. You have got this black mask and dark visor.”

She said she was unable to hear any of the other contestants sing clearly, which made guessing impossible.

She added: “You don’t hear clarity so I couldn’t guess. At one stage I thought Sausage was Louisa Johnson but you don’t know the voice you are hearing.

“It’s a military operation, I’m watching with bated breath like everyone else.” 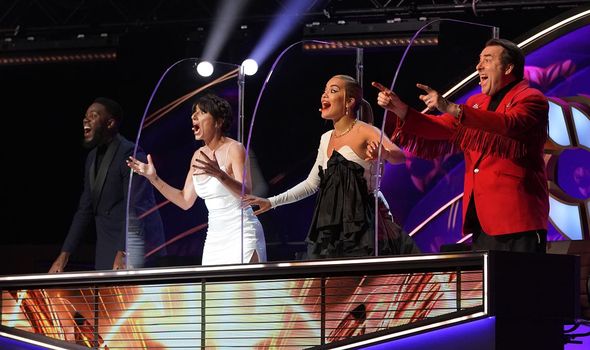 Most of the panel guessed Gabrielle before she took off the mask and she was surprised to hear her cover had been blown.

She was convinced she “had it in the bag”, believing she had managed to distort her iconic voice.

But fans were certain from early on in the season that she was behind the stunning Harlequin costume.

She revealed her daughter had no clue about her taking part in the series, and her reaction was underwhelming.

She said: “My daughter didn’t know, she didn’t even come downstairs to watch it.” 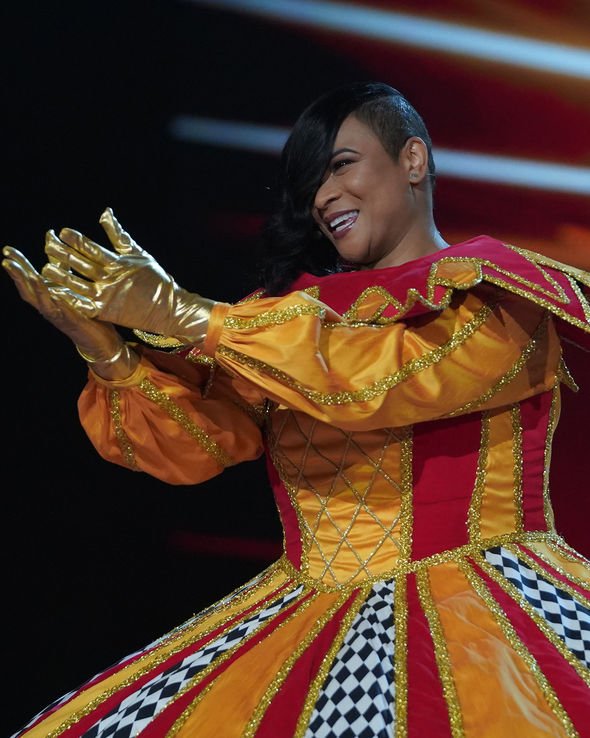 Someone had taken a screenshot and sent it to her daughter, who simply responded: “Oh ok”.

The panel has had a difficult time identifying the remaining stars, and they were shocked at Sue Perkins’ reveal.

The top guess for Badger remains as Ne-Yo, whereas JLS star Aston Merrygold is believed to be behind Robin.

Joss Stone and Sheridan Smith are amongst the top guesses for Sausage.

Sausage has been predicted as the favourite to win the series as fans have been blown away by her stunning voice.

There had been rumours former X Factor star Stacey Solomon was behind the mask, as she has just introduced fans to her new ‘Sausage Dog’ puppy.

Girls Aloud star Kimberley Walsh has been attempting to guess the celebrities, saying on Twitter: “I thought the Robin was Aston Merrygold but tonight threw me a bit with the base notes.”

Rita Simons has dispelled rumours she is behind Sausage, saying: “I have to tell you all. I am not a sausage. Or am I? No I’m not. #TheMaskedSingerUK”

The final will see all 12 contestants reunited for one final performance before the remaining three take off their masks.

The Masked Singer final airs tonight on ITV at 7pm