What do you get when you cross the bonkers costumes of The Masked Singer with the thrill of First Dates? A Netflix dating show that will leave viewers monstrously haunted.

Sexy Beasts is a reality dating series coming to Netflix, which aims to encourage singletons to look beyond appearances by having all the participants transformed using make-up and prosthetics.

From an alien to a hammerhead shark to a devil, the daters are made to look like all manner of creatures, only being given a chance to see what their dates really look like after they’ve decided who they’ve taken a fancy to.

The new show, which arrives on the streaming platform next month, follows on from the BBC Three series Sexy Beasts, which aired for one season in 2014.

Given the increased popularity of The Masked Singer and The Masked Dancer, it was only a matter of time before more masked shows hit the screen… and this one looks like it’s going to take viewers on a wild ride.

In the trailer for the programme, a dater dressed as panda speaks to the person she’s been paired up with, who has been transformed into a bull, about her aspirations for the near future. 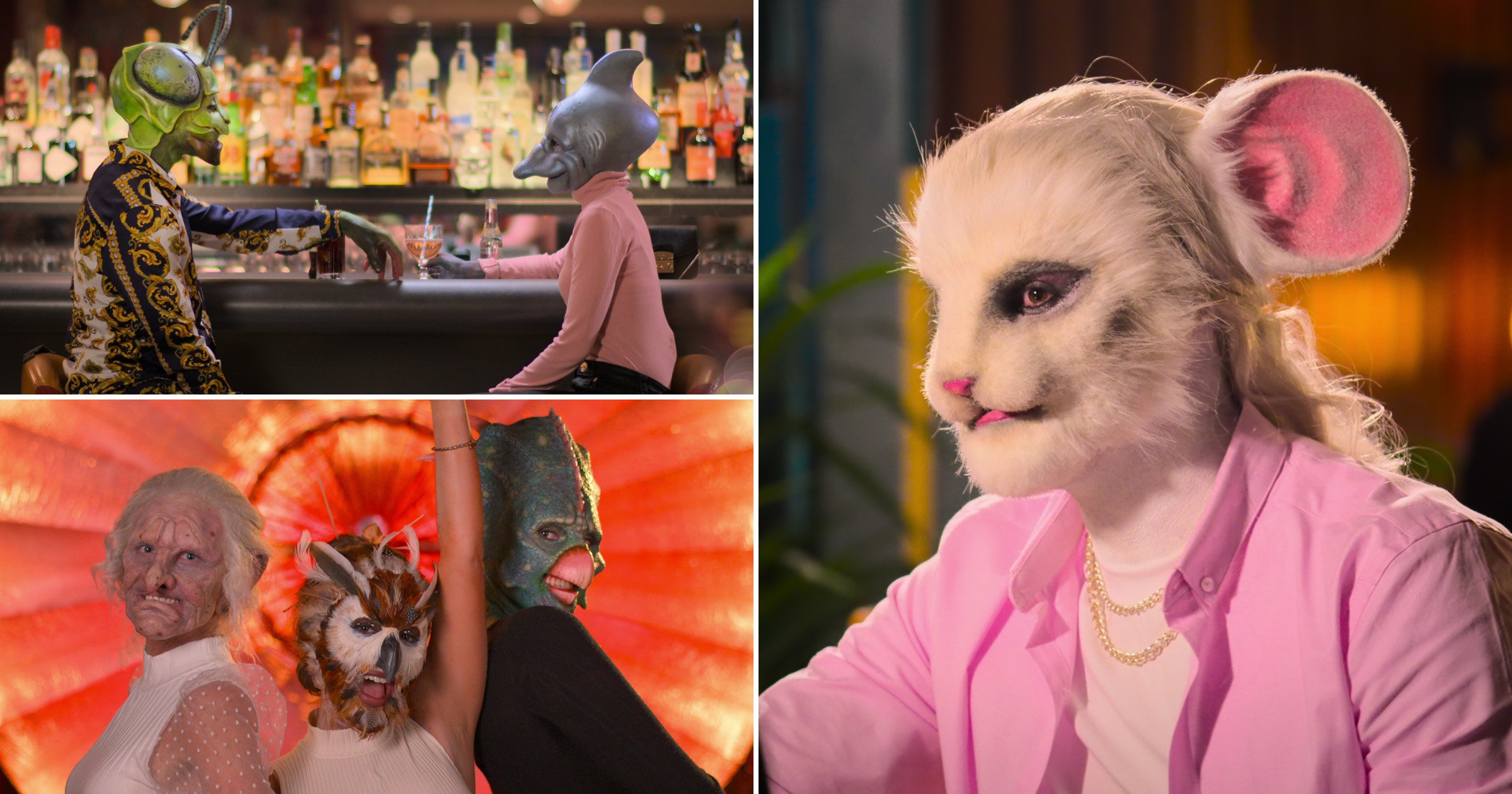 ‘I want to get married, I want to have babies before I’m 26. Do you have health insurance?’ the panda says, as the bull looks on in an apparent state of befuddlement.

At one point, someone dressed like a green insect tells their date: ‘Personality for me is everything,’ while another dater dressed as a chipmunk candidly admits: ‘A** first, personality second.’

Somehow, some of the daters actually manage to kiss, despite the multiple layers of prosthetics they’ve had carefully applied to their faces.

‘I’ve kissed this girl and I don’t know what she looks like,’ one dater states.

Several Twitter users expressed their bewilderment over Sexy Beasts, evidently unfamiliar with the previous iteration of the show.

‘Oh ok Im actually awake rn I thought I ate too much cheese & was having feverish dreams,’ one person wrote.

‘If there’s one thing that Netflix knows how to do it’s to bring us random dating shows for our viewing pleasure,’ another said.

One person lamented the fact that Netflix ‘cancelled many good shows and created this’ instead.

‘Damn it, Netflix, why do you keep creating the most terrible content that I will absolutely f**king watch?’ another remarked.

While many Netflix subscribers will undoubtedly find themselves reluctantly watching this peculiar form of dating unfold, UK TV viewers have just days to go until Love Island returns to our screens.

What’s more, the second season of Too Hot To Handle has also launched on Netflix. Is this a summer of love or what?

Sexy Beasts is set to launch on Netflix on Wednesday July 21.

Rush Hour Crush – love (well, lust) is all around us

Tell us about your Rush Hour Crush by submitting them here, and you could see your message published on the site.