Viking, Grandfather Clock, Blob, Bush Baby and Harlequin performed for a second time on Saturday as The Masked Singer returned to ITV. Grandfather Clock was eliminated and revealed to be Glenn Hoddle but fans are desperate to know the remaining characters’ identities. Has Jonatan Ross already exposed Viking?

Ahead of Viking’s performance, the mysterious celebrity teased viewers with a selection of clues.

Viking hinted he had “footsteps outside the country” while standing by an American flag.

He mentioned “breaking the rules” and “Vikings are not down by any chance”.

Viking added: “Success is found when I break something.”

Read more: Who was Grandfather Clock on The Masked Singer? Latest celebrity 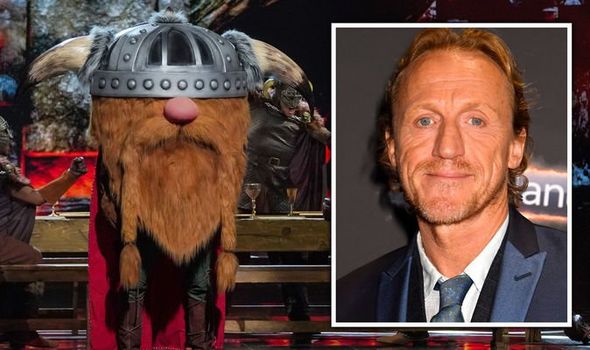 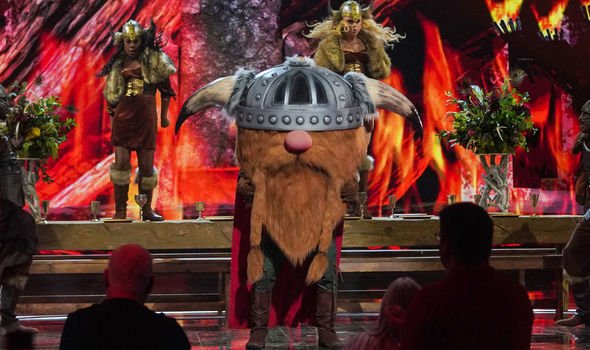 “Tonight the battle calls for me once more,” the elusive character concluded.

After performing, Jonathan felt he had solved all the clues and revealed which celebrity he believed was hiding behind the mask.

Although the clues confused some of the judges Jonathan cracked the “breaking success” reference.

“The Viking’s a tough one,” Jonathan said. “There’s a child star reference, there’s an international reference.

“Someone who’s famous in America and then you mentioned chains. 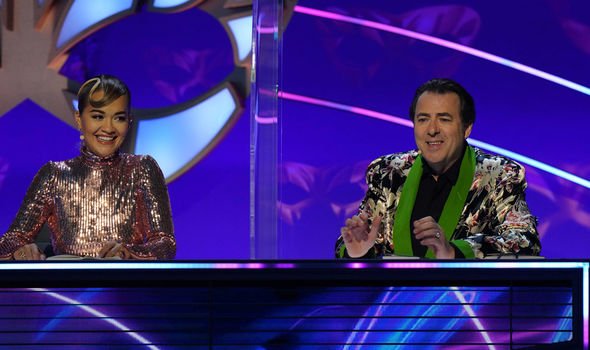 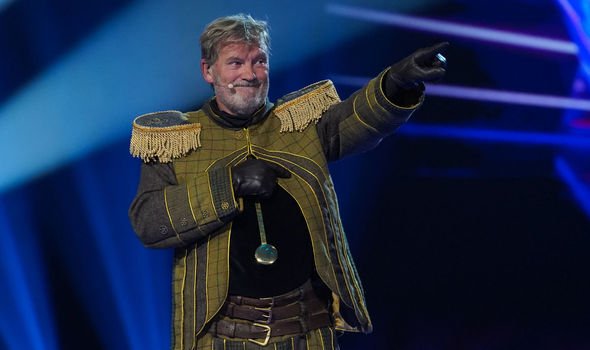 “Do you remember when Robson Green and Jerome Flynn had a hit with Unchained Melody and that broke a record?”

“It was the fastest-selling number-one single of all time,” Jonathan shared.

“And Jerome Flynn is a huge star in Game of Thrones I think it’s Jerome Flynn, everyone,” Jonathan declared. “That’s who I think it is by the process of deduction.”

“Did Jonathan copy you again?” Joel Dommett asked and Rita replied: “100 percent all the time.”

“Who did I say it was?” Jonathan mocked.

The Masked Singer fans were divided over Viking’s identity as one tweeted: “Viking 100% Jerome Flynn. Got a lot of game of thrones vibes and the career starting with brothers reference was cause unchained melody was a righteous brothers song.”

Another said: “I feel like Jerome Flynn is a way better singer than Viking though #MaskedSingerUK.”

While a third wrote: “I’d say Jerome Flynn for Viking but I think he’s taller #MaskedSingerUK.”

“Hmmm I’m buying into this Jerome Flynn is Viking… The voice is similarish #MaskedSingerUK,” someone else added.

The Masked Singer continues on ITV on Saturday at 7pm.