The Repair Shop: Guest gets emotional over boat wheel restoration

During the latest episode of The Repair Shop, woodwork expert Will Kirk had the difficult challenge of piecing together an old ship’s wheel – which had several pieces missing. Elsewhere, metal worker Dominic Chinea took on a former fairground family’s water can, while Suzie Fletcher tackled a miniature camel saddle. Soft toy experts Amanda Middleditch and Julie Tatchell were also given the task of repairing a 100-year-old RAF mascot bear called Bobby.

During the episode, guest Tony brought Will a relic that had been in his family for decades.

When asked what Tony had brought, the guest began: “It’s a ship’s wheel from an old Scottish fishing boat that belonged to our family.”

Although, much to Will’s shock, he realised that the wheel had been broken into several pieces and had parts missing. 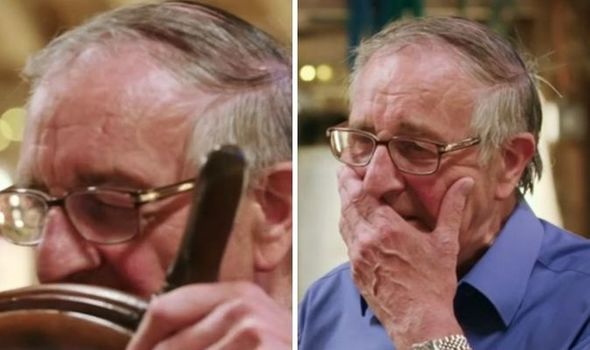 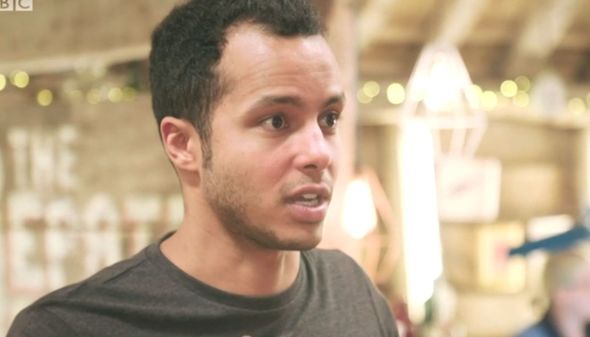 Explaining how the wheel came to be in that state, he added: “It started out with my mother, Elizabeth West.

“She was born in a little fishing village in Scotland called Macduff. She met my father during the war and they moved down to Merseyside.

“My mother’s uncle and two brothers had fishing boats and brought The Confide, which this wheel is from 1951.

“So, every year since I can remember we’d mess about the harbour and always waited for The Confide to come in with the daily catch.” 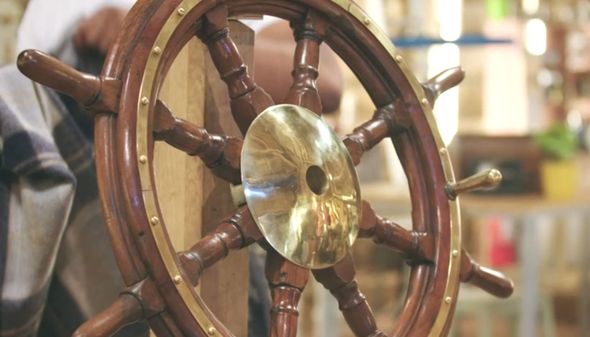 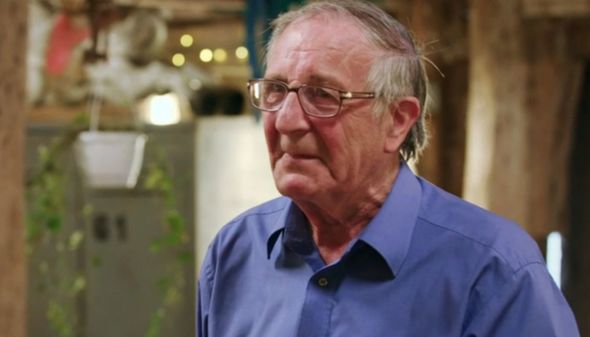 “My uncle would let me steer her sometimes,” Tony explained. “From the fish markets to the inner harbour.”

Despite having fond childhood memories of being on the boat, Tony said The Confide carried on in the family until 1976 which is when it was sold to Northern Ireland.

After losing track of the boat and the iconic wheel for years, one day out of the blue Tony got a phone call telling him they’d see The Confide in Cornwall.

“The first opportunity I had, I packed the family up and went on a holiday,” he laughed. “And there she was. I remember seeing her now and I had tears running down my cheeks.”

When he realised the boat was due to be decommissioned from fishing, the owner of the boat decided to give Tony the name board from the boat and the wheel for a keepsake.

As he got emotional, Tony explained to Will: “It doesn’t look like a lot, but it means so much to me, it really does.”

Will knew he had a difficult task on his hands and despite his concern that he wouldn’t be able to put it together, he managed to make it look as good as new.

When it came to the big reveal, Tony got so overwhelmed that he broke down in tears.

“It’s unbelievable,” Tony gasped when he first saw it. “Thank you. I’m overcome, to be honest, I really don’t know what to say.

Another wrote: “Saving the best till last, you got me again this week with the shipping boat wheel. Fantastic TV.”

A third said: “Why does everything make me cry at the moment? First a wheelbarrow, and now a ship’s wheel on #Therepairshop.” (sic)

“Gosh I’ve been in tears,” a fourth added as another viewer commented: “I would be absolutely no good working on a show like this. I would be a blubbering MESS.”

The Repair Shop is available to watch on BBC iPlayer.