Guest Maureen was left emotional, along with many The Repair Shop viewers, after the team went the extra mile to fix up her walking doll Suzie to her former glory.

The Repair Shop opened its doors for Christmas to lift the spirits of all in a typically heartwarming festive special of the show.

Maureen told the difficult story of how she contracted polio when she was just two years old, and was forced to quarantine away from her parents.

Her walking doll Suzie, who she was given in Christmas of 1950, helped her recover from the illness, as she was encouraged to take steps again after her leg muscles deteriorated.

Maureen was taken ill whilst on holiday on the isle of Cumbrae but had to be whisked off to the mainland on a fisherman’s boat to be hospitalised.

‘There was no hospitals on the island that were suitable because you had to quarantine,’ Maureen said, explaining that her parents were not allowed to go with her, leaving host Jay Blades shocked. 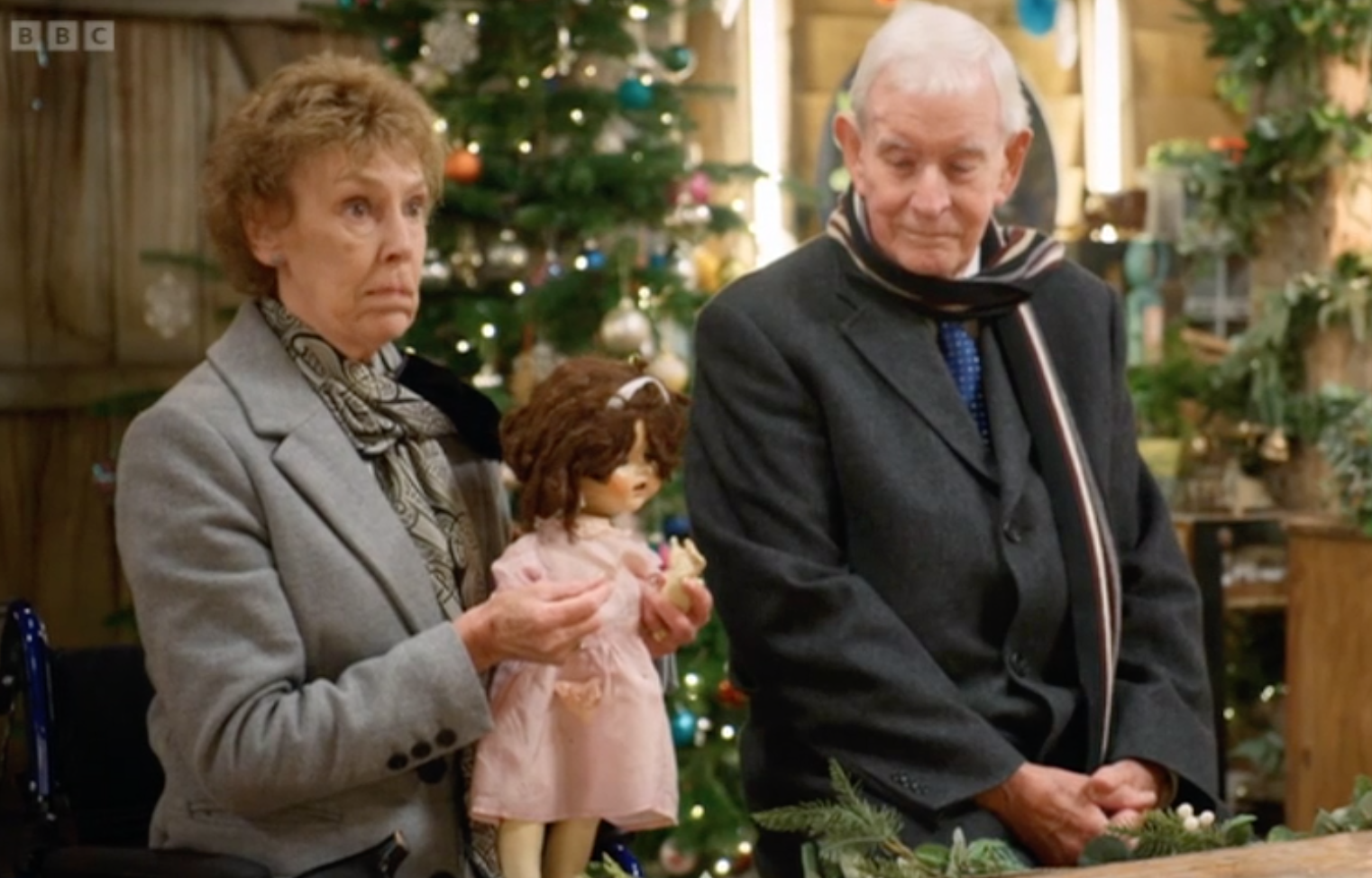 ‘It was a deadly disease, it paralysed children and worse, so we were quarantined, we couldn’t get any visitors at all.

‘My mother said when she saw the boat going away with me, would she see me again and if she did what state would I be in?’ Maureen told them.

After leaving her beloved doll with the team, Amanda and Julie worked their magic, along with colleague Steve who managed to get the mechanism working for Suzie to walk once more.

When Maureen and her husband John returned, they were left in awe by the hard work that had gone into repairing the doll.

‘Oh wow,’ the owner said, giving a nod of approval to her precious item.

She added: ‘Happy, happy memories. Beautiful, thank you,’ before the team asked: ‘Do you want to see her walking?’

‘Can she walk? Can she?’ Maureen replied slightly taken aback, as she tested out to see if the doll could, which indeed was able to.

‘Thank you Steve, I didn’t know she could do again, it’s one step at a time.

‘It’s beautiful, she’ll be kept safe and go down now into the rest of the family, she’s got some more years in her yet!’

There weren’t many dry eyes in the house, as viewers were left tearful as they witnessed the emotional reunion.

Someone else remarked: ‘How amazing is The Repair Shop. So moving.  #therepairshop #bbcone,’ with another fan echoing: ‘@TheRepairShop gets me every time  These people are amazing #therepairshop.’

‘That lady’s reaction to her doll was beautiful  #therepairshop,’ added another.

Speaking after her return to the workshop, Maureen told the cameras: ‘It took me first back to that Christmas in 1950 when I first saw her and the emotion, joy and wonder of seeing her came back to me.

‘To see her back the way she is absolutely marvellous, they worked a miracle.’

The Repair Shop is available to watch on BBC iPlayer.