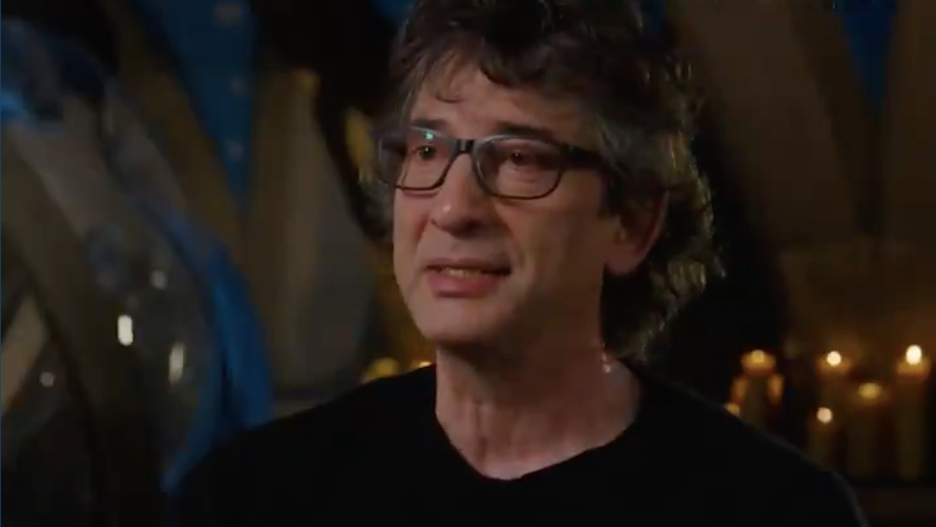 Netflix has yet to reveal a first look at its TV adaptation of Neil Gaiman’s “The Sandman” comic book series, but the streaming service gave fans the next best thing on Tuesday: a behind-the-scenes look at production in England, hosted by Gaiman himself.

The video opens with creator and executive producer Gaiman (“American Gods,” “Good Omens”) speaking over images of his DC Comics series juxtaposed with shots of the costumes, sets and props for the TV show.

“‘The Sandman’ is the story of the place that we go when we close our eyes at night, and it’s called The Dreaming,” Gaiman says in the video. “The Dreaming is ruled by Morpheus. For 32 years, anybody who read ‘Sandman,’ read the comics. That world is ending. I’m here at Shepperton Studios and I’m getting to see what happens when you bring dreams to life.” 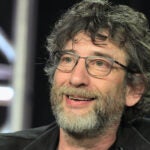 Described as “a rich blend of modern myth and dark fantasy in which contemporary fiction, historical drama and legend are seamlessly interwoven,” Netflix’s “The Sandman” follows the people and places affected by Morpheus, the Dream King, as he mends the cosmic — and human — mistakes he’s made during his vast existence.

Along with revealing bits of the set, which got a “holy s—” reaction from Gaiman, the behind-the-scenes video also shows “Sandman” stars Tom Sturridge (who plays Dream/Morpheus) and Gwendoline Christie (Lucifer) nerding out over Gaiman and his work.

“I’m someone who is an obsessive ‘Sandman’ fan,” Sturridge said. “It’s an awesome responsibility because it is something that is so beloved.”

Christie added: “I read ‘The Sandman’ graphic novels so I knew that I simply had to be involved in this project because something truly unique was going to happen. The sets are vast. Great amount of detail and care is being put into how it’s being brought to life.”

Watch the behind-the-scenes clip here and below.

Along with Sturridge and Christie, “The Sandman’s” large cast includes Sanjeev Bhaskar and Amid Chaudry as Cain and Abel; Charles Dance as Roderick Burgess; Vivienne Acheampong as Lucienne; Boyd Holbrook as The Corinthian; Kirby Howell-Baptiste as Death, the wise sister of Dream; Mason Alexander Park as Desire Dream’s sibling, and desire personified; Donna Preston as Despair, Dream’s sister, and the twin of Desire; Jenna Coleman as Johanna Constantine, haunted exorcist and Occult Adventuress for Hire; Niamh Walsh as Young Ethel Cripps, a betrayed and determined young woman seeking to survive; Joely Richardson as Ethel Cripps, Master thief and woman of a thousand identities; David Thewlis as John Dee, Ethel’s son, who is dangerous, insane and on a quest for truth; Kyo Ra as Rose Walker, a young woman on a desperate search for her missing brother, who discovers a connection to Dream that neither of them can escape; Stephen Fry as Gilbert, debonair protector of Rose Walker; Razane Jammal as Lyta Hall, Rose’s best friend and travel companion; Sandra James Young as Unity Kincaid, heiress and mysterious benefactor; and Patton Oswalt as the voice of Matthew the Raven, Dream’s trusted emissary.

Some of the casting decisions — including Black actress Baptiste as Death, who was depicted as a white woman in the comics, and Park, a nonbinary actor playing Desire, a nonbinary character — have received backlash on social media, which Gaiman has been quick to combat.

“The Sandman” is produced by Warner Bros. TV.