The Simpsons’ boss Al Jean has spoken out after fans have unearthed a potential conspiracy theory involving Ned Flanders.

Guys… we hate to break it to you, but the Lord-loving neighbour was corrupted by a rightie.

That’s right, eagle-eyed fans have uncovered that Ned, the notoriously left-handed activist of Springfield, has long been using his right hand.

It’s a hell of a spot, and after two decades, Irish Simpsons fans were wanting some answers, so took to Twitter with the evidence to present to show boss Al Jean.

Al, who has been writing for the show since 1989, has been showrunner permanently since 2001, knows a thing or two about the classic cartoon, but even he didn’t have the answers for this one.

In the tweet, the fan site showed Flanders writing, playing guitar and bowling with his right hand… before he stands proudly next to his Leftorium store in the mall – made especially for left handers like him. 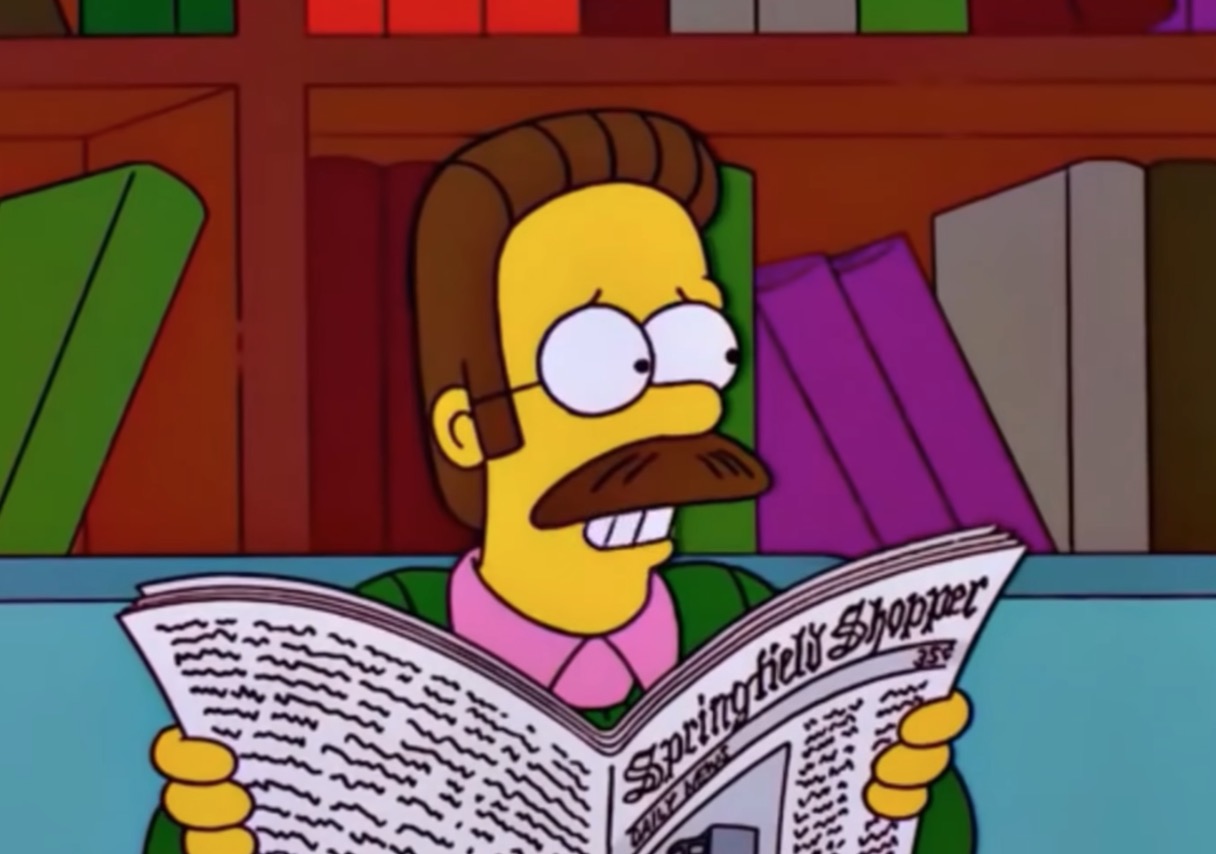 So, what gives? Did Flanders lie about being a leftie for greedy capitalist gain? Is he actually a two-hander, who can change at will?! Or is there something even more sinister going on?!

We need answers – and thankfully Al was swift to jump into action.

‘A right-hander will definitely be fired for these blunders,’ the boss man wrote – confirming that it was an inside job.

Are you good at spotting everything there is to know about the show? Why not put yourself to the test with our quiz and find out.

The Simpsons is available on Disney Plus.