Did actor Nina Dobrev really transform herself into her characters on The Vampire Diaries? Shaman Durek, a sixth-generation shaman and best-selling author believes Dobrev truly became the characters she played on the CW series.

He admittedly did not know who Dobrev was when he met her. But he could quickly see she wasn’t completely acting when it came to her portrayals of Katherine Pierce and Elena Gilbert. He recently mused about the instant bond he had with Dobrev upon meeting her. This prompted him to watch The Vampire Diaries series, which is when he made an observation about how she approached the show. 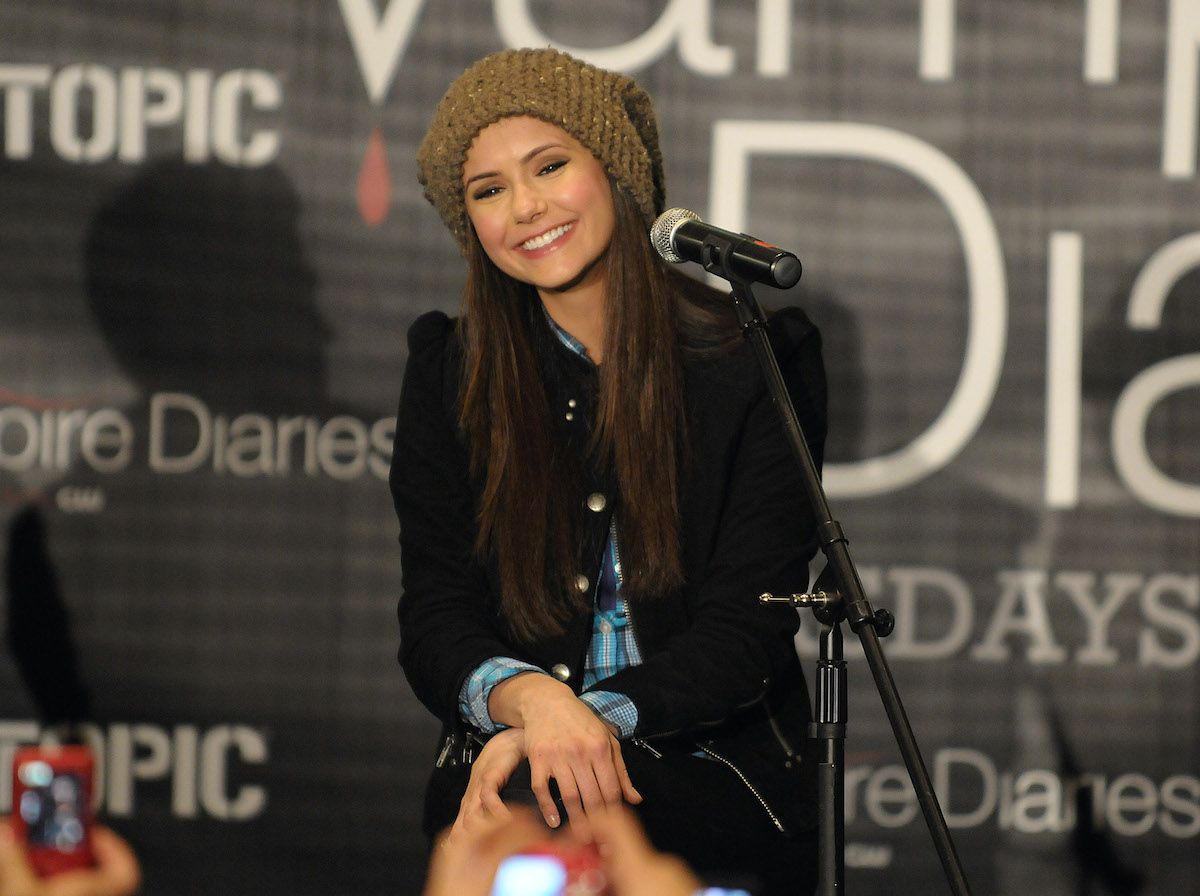 Nina Dobrev and Shaman Durek had an instant connection

Durek recalled meeting Dobrev at a dinner party thrown by a mutual friend. He discussed his work with the group and Dobrev piped up, “Oh my God we should be friends,” he recounted on the Behind the Velvet Rope with David Yontef podcast.

“And then we became friends, started hanging out all the time,” he exclaimed. “Then I went to New York, I was there on business. And then she was there shooting something and we had lunch and everything. And then she’s like, you should go watch my TV show that I did.”

“And I’m like, what’s the TV show that you did?” he said. “She’s like Vampire Diaries. And I’m like, Oh, well let me go and take a look at it and check it out, you know? And so I watched it, which was funny because I watched it and as [was] I watching it, I was like, Oh wow, this is so cool. How fun this show is. You know, it’s like the characters all the vampires. One’s a witch and this and that, you know? And then I called her and I was like, wow. I go, you know, your character is very much the real character.”

Nina Dobrev became Katherine and Elena in ‘The Vampire Diaries’

Dobrev wondered what Durek meant by the “real character” when it came to the show.

“I said, you play this girl, Katherine,” he said. “She’s like, yeah. And you play Elena Gilbert. She said, yeah. I said that’s how you act all the time. There’s no comparison. You are that person. You are Katherine and Elena Gilbert in one body. That’s you! You were playing you.” He recalled that Dobrev just laughed.

Dobrev shared what she liked most about her character during an interview with Entertainment Weekly. She opened up about Elena Gilbert as she departed the series. “[Elena] changed a lot, and then she didn’t change at all,” she said.

“I feel like at her core she was still the same person, but now she just had a different diet,” she observed. “When somebody is a meat eater and then they become a vegan, they’re still the same person, they just go to different restaurants. At the same time, I liked how it made her stronger. In the beginning, she was a strong woman, but she kept getting hunted and she sort of felt helpless because people were stronger than her and her family members were dying and there was nothing she could do. Whereas now, as a vampire, she had power. She was able to do something. She was able to defend her loved ones. So that was, especially as a woman, a great feeling, to have a character who was empowered like that. I really liked that about her.”