DANIEL CRAIG leads a powerhouse cast in the razor-sharp whodunnit spoof Knives Out.

And Nicolas Cage gives it the full Nicolas Cage treatment in a scattergun psychedelic horror based on the tales of HP Lovecraft.

DVD OF THE WEEK: KNIVES OUT 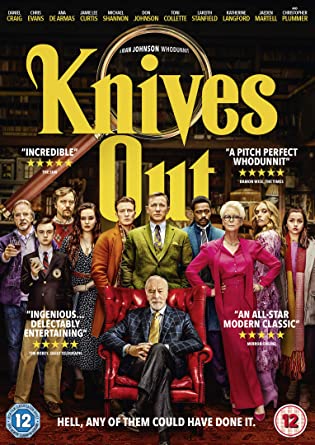 RIOTOUSLY enjoyable whodunnit pastiche, with Daniel Craig in career-best form as Benoit Blanc, the debonair sleuth taking his sweet time to wheedle the truth from a colourful cast of Cluedo-like characters.

Foremost among them is Jamie Lee Curtis, in full cry as the Thrombey clan’s domineering matriarch, with Christopher Plummer, Toni Collette and Don Johnson very nearly as good.

The set-up is fiendish, the plotting meticulous and writer-director Rian Johnson’s script as sharp as a straight-razor. For a while, at least.

After a flawless first hour, things unravel somewhat and the finale feels a bit Gone Girl (not a compliment) — a shame, given the grand reveal is usually the highlight of the whodunnit genre this ruthlessly pastiches.

If Craig ever actually finishes as Bond and finds himself in need of a franchise, further outings for Blanc would be very welcome. 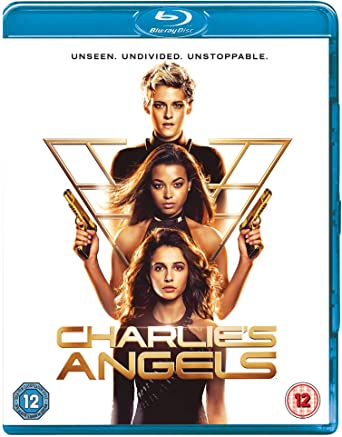 ARMLESS popcorn fodder that gives up trying to do anything original about 15 minutes in and instead chugs along with a bouncy energy that is hard to dislike.

Kristen Stewart keeps things watchable as the Angel with the personality, while Patrick Stewart has fun as… well, that would be telling.

Written and directed by Elizabeth Banks, the script is not as sharp as you would hope from the 30 Rock alumna, relying on that crusty old trope of a genius scientist who builds the world’s deadliest weapon by mistake.

(Who hasn’t, eh?) Its gender politics, meanwhile, might feel bolder if the female cast weren’t all super-hot.

Still, this is no more less absurd than your typical Dwayne Johnson actioner. Pairing with him K-Stew as sparring buddies… now that would something. 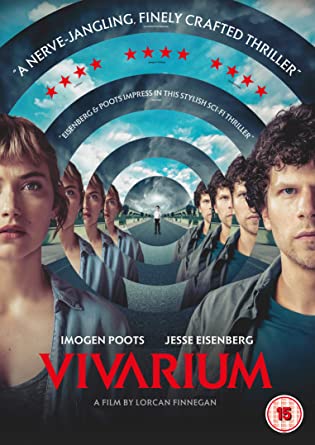 A QUEASILY claustrophobic blackly comic head-trip might not be exactly what you want for home viewing right now. Then again, its satire of parenthood’s joys and the gilded prisons we build ourselves, with notes of JG Ballard, is nothing if not timely.

Imogen Poots and Jesse Eisenberg — marginally less twitchy than usual — are committed leads as the young house-hunters who stumble into the eerily perfect new-build development of Yonder.

(The film’s title is a heavy clue.) They bring energy to what is necessarily a static, rather stagey affair.

There are some wry smirks to be had along the way (laughs would be overstating it) before the drama spirals into surreal, hallucinogenic psychological horror.

COLOR OUT OF SPACE 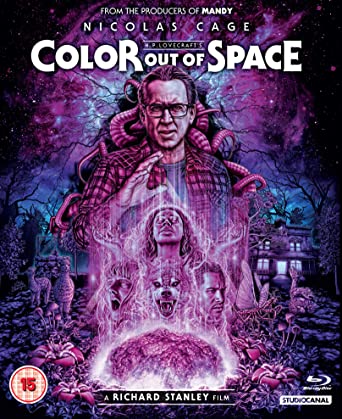 SOMETHING about HP Lovecraft doesn’t translate to the modern era. Squid-headed elder-gods resist being dragged into the blue-light of smartphones and smarter TVs. Or perhaps it’s simply that his influence is so all-pervasive, his outlandish tales feel hackneyed, over-familiar.

Nicolas Cage’s unleashed Caginess doesn’t overwhelm this adaptation of Lovecraft’s 1927 yarn about a meteor that visits havoc upon a rural family. In fact, it’s not even the craziest thing on display.

While Lovecraft’s short stories were, well, lovingly crafted, this is a shambolic mess. It has its moments — a certain queasy dread early on; the bloody inevitability of a scene chopping vegetables; Cage’s character watching in horror at how crazy and drunk he comes off in a TV news interview.

By turns sci-fiction, psychological horror and psychedelic head-trip, with hints of David Cronenberg and John Carpenter, it is never boring. But reading the original would be a better use of your time. 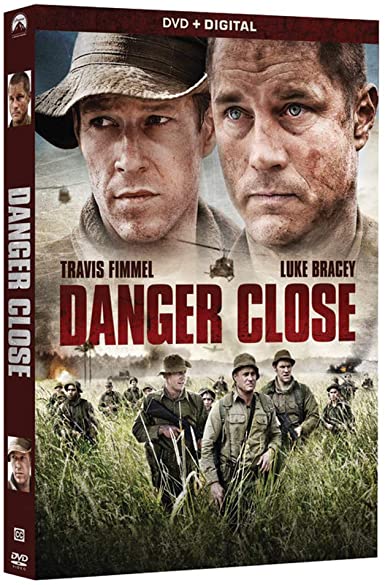 AUSTRALIAN involvement in the Vietnam War isn’t something that gets a lot of attention over here.

This punishing drama tackles the 1966 Battle of Long Tan, in which Aussie youngsters, instead of Americans, went through the meat-grinder (plus rather more Vietnamese, who don’t get much of a look-in).

The battle scenes are effective enough and there are some interesting choices visually — albeit with an over-reliance on super slo-mo as director Kriv Stenders strains to find moments of grace amid the carnage.

Otherwise, this is very much a nuts-and-bolts affair. And the jungle never looks like anything other than balmy Queensland before the bushfires. Which makes sense, given where it was filmed.