'Thunder Force': How Exactly Did Tracy Get Her Powers?

The origin story gets a little murky on this one 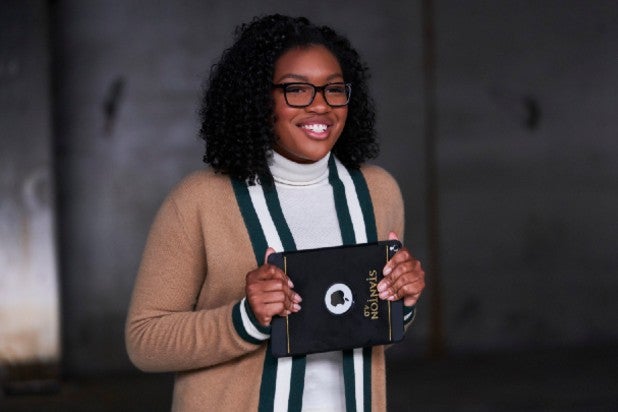 (Spoilers ahead for Netflix’s “Thunder Force.” Read on at your own risk.)

“Thunder Force” has all the staples of a typical superhero movie — except when it comes to our heroes’ origin stories. There are no radioactive spiders or gamma radiation; just good old-fashioned science. But at the end of the movie, that science gets a little murky and we have to ask: How exactly does Tracy get her powers?

Before we get to Tracy, let’s review a few things. First, there definitely is some super phenomenon happening in “Thunder Force.” In fact, it sets up the whole foundation of the film. It’s explained that in March 1983, “a massive pulse of interstellar cosmic rays struck the Earth and its population.” The rays affected a select portion of the population differently than others, giving them powers. They were labeled “Miscreants.”

But the heroes of “Thunder Force” aren’t Miscreants; they’re just childhood best friends. Lydia (Melissa McCarthy) and Emily (Octavia Spencer) grew up together, with Lydia frequently defending Emily against school bullies who targeted her for her intelligence. See, Emily’s parents were killed in the crossfire of a battle with Miscreants, and now she’s determined to find a way to stop them using science, so she’s dubbed a nerd by her peers.

Flash forward to adulthood, and Emily and Lydia have been estranged for years, having parted ways after Emily insinuated that Lydia was holding her back. Knowing it was a silly fight, Lydia hopes to reunite at their high school reunion. But Emily’s now an important businesswoman who’s preoccupied with setting up her company’s new Chicago headquarters, so she insists she can’t make it to the party.

Hoping to convince her old friend otherwise, Lydia heads to Emily’s lab, where she discovers that Emily succeeded in her life’s mission by creating a serum that can give a normal human superpowers. The intent is for Emily to take the doses herself, thereby gaining super strength and invisibility. But of course, Lydia can’t help herself when it comes to touching things in the lab and ends up unintentionally taking the first injections for super strength.

Naturally, Emily is furious. At the suggestion that she “just, like, cook up another batch,” she exasperatedly tells Lydia that it took five years to perfect that formula. So, now that it’s in Lydia’s system, she has to follow through and take the rest of it or risk having her body “violently explode over the weekend.” (Side effects can really be a kicker sometimes, you know?) In the meantime, Emily will follow the plan as it was laid out and begin taking the pills that will give her invisibility.

Needing to stay in Emily’s building for the process, Lydia learns of Emily’s next big life update: She has a daughter now.

Enter Tracy (Taylor Mosby). Tracy is 15 and has already graduated from Stanford. She’s great with tech, so she helps out at her mother’s company and helps oversee the training process for Emily and Lydia. 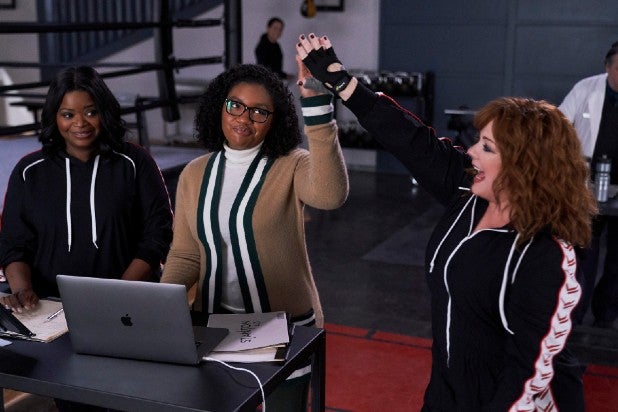 Fortunately for both women, they survive their treatments and gain their powers, becoming Thunder Force. Together, they work to protect Chicago from the Miscreants, but find themselves caught up with a corrupt mayoral candidate called The King (Bobby Cannevale) and a pair of Miscreants called The Crab (Jason Bateman) and Laser (Pom Klementieff).

In their final showdown, Lydia and Emily find themselves outmatched against The King and Laser — until Tracy arrives on the scene. But this time, she’s not just helping out with the tech; she’s got super speed, and knocks Laser clean out with a solid lineman’s tackle.

Obviously, Emily is concerned for her daughter given this new development, but ultimately thankful Tracy was able to get there in time to help. And indeed, it’s a great moment, but we’re left wondering how Tracy got those powers. The teen offers a vague explanation, simply saying she did what she had to do — but that’s not a good enough explanation.

In the process of explaining her creations to Lydia, it’s heavily implied that Emily only created serums for super strength and invisibility. Super speed isn’t mentioned, nor is any other power. Now, it’s not unreasonable to think that Emily was simply choosing to focus on those two, even though she had more serums in the bank. But still, you’d think she might toss it out there that she was working on more.

The bigger question here is how Tracy’s abilities kicked in so quickly. Lest we forget, Lydia’s super strength required a series of 33 injection treatments, while Emily had to take daily pills. We never actually find out exactly how many pills Emily has to take, but we know she takes them for multiple days over the course of Lydia’s own training, thanks to an epic comic strip montage.

Emily does note that the effects of each dose should be instantaneous — but does that mean the super speed treatment only required one single dose? Was Tracy able to just do what she needed to do, one and done, and then run out the door? Once again, it’s not unreasonable logic. After all, most superhero origin stories are actually pretty quick. But if that was the case, it’s odd to think Emily wouldn’t have gone that route and claimed super speed for herself.

My personal favorite theory is that Tracy was simply smart enough to figure out how to make it happen herself. After all, it’s reiterated multiple times throughout the film that she’s great with tech. Maybe Tracy simply found a way to hack the system and get her powers to kick in faster so she could arrive in time to save her mother and Lydia. (This theory has the same energy as Shuri speeding to get the Mind Stone out of Vision during “Avengers: Infinity War,” and I’m about it).

We may never actually know for sure how Tracy became so super so quickly. Then again, that leaves room for an origin story if a sequel were to ever happen…