Documentary-maker Louis spoke to Joe back in 2011 for his programme America’s Most Dangerous Pets. The zookeeper showed Louis around his zoo but one moment which has been uncovered sees Joe joking about shooting the presenter.

In the documentary, Joe leads Louis around his zoo which is home to more than 200 big cats.

The cats, which includes a liger, can be seen in small cages with Joe insisting they are safer with him than anywhere else.

However, as Louis interviews the zookeeper, Joe begins to joke about what would happen if the documentary-maker was attacked by one of the cats.

Joe explains Louis would not survive in a fight against a lion and he would shoot him. 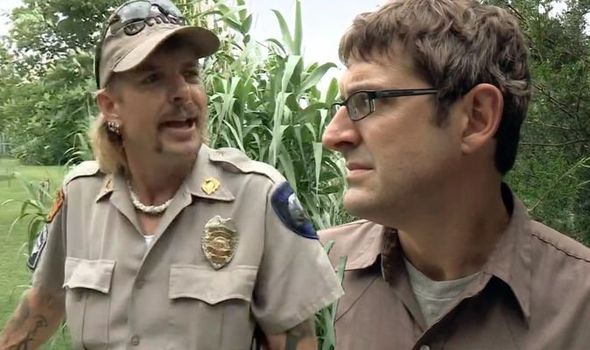 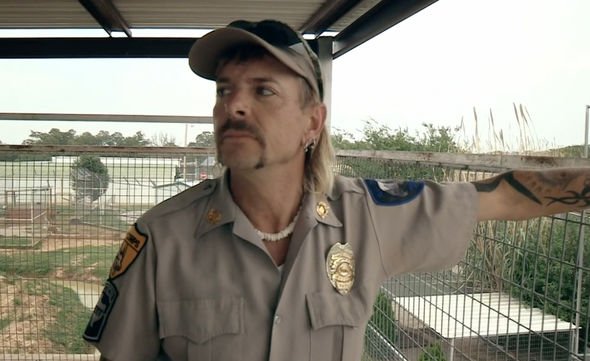 He tells Louis: “If he was to get you, he would not kill you and eat you right away. He’s going to torment you.

“So if you were in there and I was out here trying to get you out, he would be on top of you covering you up because you’re his.

“I would just shoot you, it would be more humane.”

“You would shoot me in the head?” Louis asks, looking visibly worried. 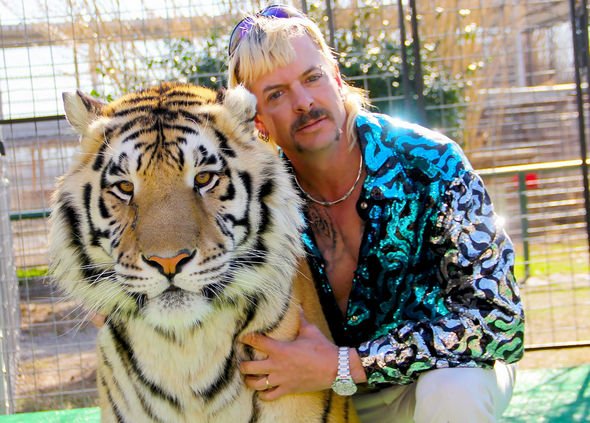 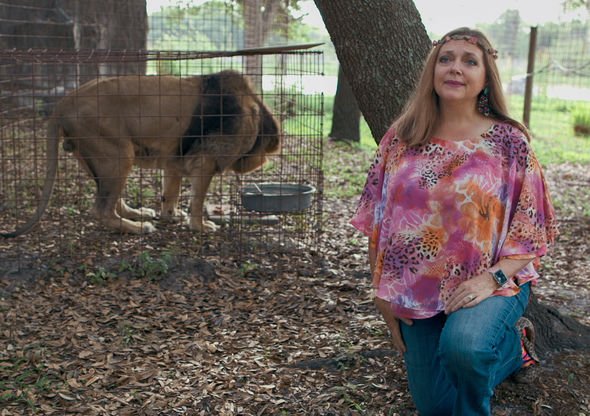 Laughing Joe replies: “Yeah because I’m not going to get you back. So why make you suffer?

“If I ever got attacked by a lion like that, shoot me please.

“That would go on for hours unless you shot the lion.”

Following the release of Tiger King, many viewers reached out to Louis to ask about his America’s Most Dangerous Pets episode.

Replying to his 2.1million Twitter followers, Louis said: “Seeing quite a few tweets about this. Yes, he’s the guy we featured in our doc America’s Most Dangerous Pets.”

He has since gone on to watch Tiger King himself and posted on Twitter: “Just finished watching #TigerKing on #Netflix.

“I have a lot of thoughts which I’ll post in a considered form in the next day or two. In the meantime, here is me and Joe back in the day and a link to the doc I did on player.”

Just months before Tiger King was released on Netflix, Joe was sentenced to 22 years in prison for his murder-for-hire plot against his chief rival, Carole Baskin.

He has also been convicted of 17 charges relating to animal cruelty.

Joe is currently incarcerated at Federal Medical Centre (FMC) Fort Worth in Texas.

Tiger King is available to stream on Netflix now while Louis Theroux’s America’s Most Dangerous Pets is on BBC iPlayer.