As Bjorn Ironside (played by Alexander Ludwig) suffers a deadly blow from the invading Rus, Vikings is building towards a vast and bloody final battle. Fans of the History Channel and Amazon Prime epic were recently teased by an adorable reunion post from one of the show’s longest running stars.

The cast of Vikings has changed a lot over the years, with Alexander taking over as series lead following the death of Bjorn’s father, Ragnar (Travis Fimmel).

Meanwhile, as Bjorn himself is dealt a fatal blow in the midseason finale, viewers are speculating who could take up the mantle as the new king of Kattegat.

The ruthless Viking ruler was stabbed by Ivar the Boneless (Alex Høgh Andersen), and fans last left the series as Bjorn was abandoned bleeding to death by the shore.

After Travis Fimmel made a brief flashback cameo at the start of the season, dedicated Vikings fans have been speculating whether previous cast members could make appearances in the final season. 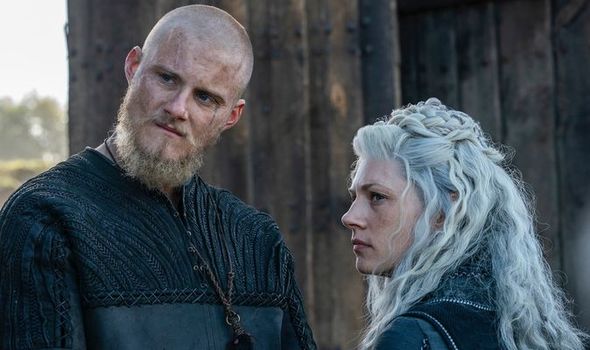 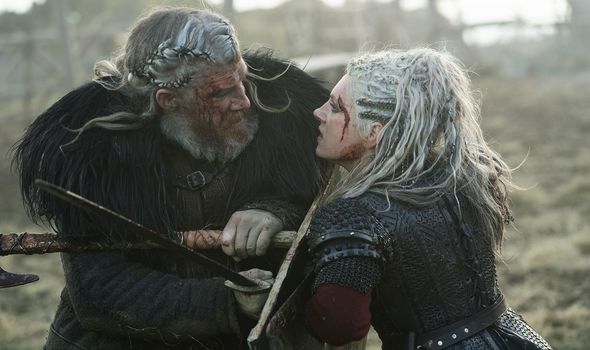 Drawing from legends and Norse mythology, viewers have theorised portions of the epic finale could take place in the Vikings afterlife, Valhalla.

This could pave the way for dead characters such as Ragnar and Bjorn’s mother, Lagertha (Katheryn Winnick) to make surprise cameos for the sixth season’s final extravaganza.

Lagertha suffered a tragic fate when she was struck down by White Hair (Kieran O’Reilly) in a gruesome duel to the death near the beginning of season six.

Meanwhile, many fans were convinced series favourite Floki (Gustaf Skarsgård) would find his way back to the series. 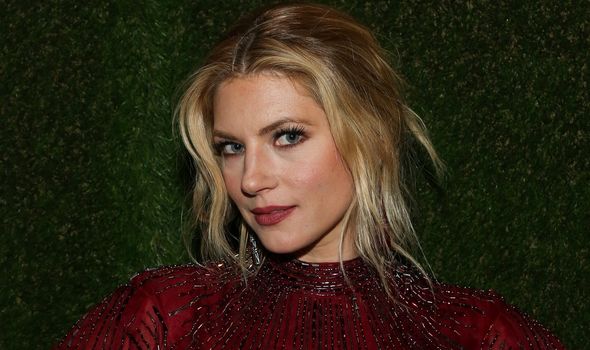 Before social distancing.. Flashback with the one and only @gustafskarsgard. #Vikings

He seemed to suffer another bloody fate in season five after being crushed by an active volcano, and hasn’t resurfaced since.

Now, a recent Instagram post from long-running Vikings star Katheryn Winnick has prompted a wave of fan tributes from fans who are still mourning two of the most beloved characters on the show.

In a series of snaps with co-star Gustaf, Katheryn posted a touching trip down memory lane with one of her Vikings besties.

The star also echoed the world’s frustrations with the ongoing coronavirus pandemic, accompanying the post with the comment: “Before social distancing.. Flashback with the one and only Gustaf Skarsgård.”

Even though Vikings will be coming to an end this year, parties for the cast and crew will almost certainly be put on hold as countries around the world maintain social distancing practices.

Gustaf commented enthusiastically on the post, “Miss you!!!”, while many Vikings fans took the opportunity to pay tribute to Floki and Lagertha’s tenure on the series.

One fan said: “Floki was underrated, such an amazing story told with many struggles. Would be good to see him return somehow… but his time is done.”

While another repeated several fans’ sentiments and added: “I really miss this duo.”

Before the ongoing COVID-19 pandemic, it was confirmed the second half of season six would return at some point in 2020.

However, the crisis has stalled television production worldwide, and Vikings fans may have to strap in for another major delay to the series.

The second half of season five began in November 2018, but the pandemic could mean an even longer wait for Kattegat’s final battle lies ahead.